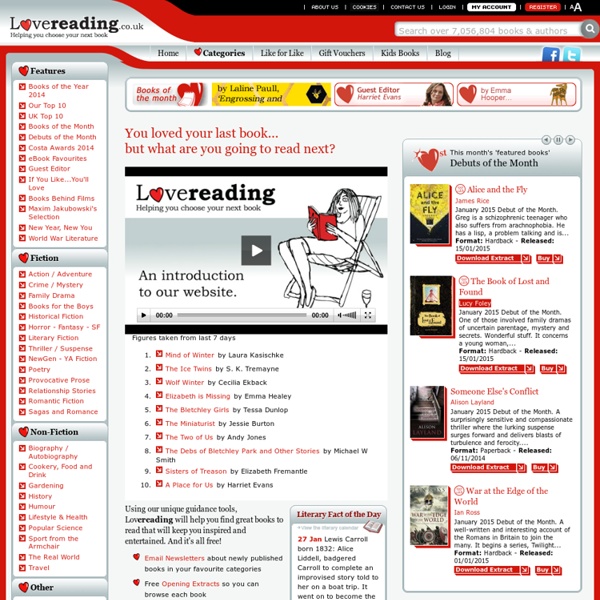 Tagxedo - Tag Cloud with Styles 11 Quotes that Inspire Writers Workshop Lessons and Activities How do you learn to write? By reading the works of great writers! Here are 11 quotes about the writing process and the writing lessons and projects they can inspire by WeAreTeachers lesson-ideas blogger Erin Bittman. This is the second post in the Teaching Young Writers blog series sponsored by Zaner-Bloser's Strategies for Writers. The first post "25 Awesome Anchor Charts for Writing" can be found here. Writing About Cause and Effect"At first, I see pictures of a story in my mind. Lesson: Magic Journey Take a walk around the school.

Portland Proof - An Affordable Proofreading Service ACHUKA Children's Books UK 11 Vocabulary and Test Review Games and Activities to Keep Your Students Thinking from Sadlier School WeAreTeachers is pleased to welcome guest teacher blogger Sarah Ressler. Sarah is a high school English teacher and writes the Vocab Girl blog at Sadlier School. Find Sarah's blog, as well as free language arts lesson plans, classroom activities and games, at Sadlier’s PubHub. How do you make those vocab words stick—not just for the quiz tomorrow but for the long term? Practice, practice, practice! And the only way your students will want to do that practice is if you make it too much fun to resist! Oranges to Oranges: Quick, define "chimerical"! Bingo Vocabulary Game: Admit it, everyone secretly loves bingo. The Vocab Gal (aka Ms.

Welcome to Vocab Express Shirley Hughes Shirley Hughes, OBE (born 16 July 1927) is an English author and illustrator. She has written more than fifty books, which have sold more than 11.5 million copies, and has illustrated more than two hundred. As of 2007 she lives in London.[1][2][3][4] Hughes won the 1977 and 2003 Kate Greenaway Medals for British children's book illustration[4][5][6] and her 1977 winner, Dogger, was named in 2007 the public favourite winning work of the first fifty years.[7][8] Early life[edit] Shirley Hughes was born in West Kirby, then in the county of Cheshire (now in Merseyside). After art school she moved to Notting Hill, London,[10] and married John Vulliamy, an architect and etcher. Career[edit] At Oxford Hughes was encouraged to work in the picture book format and to make lithographic illustrations. In WorldCat participating libraries, eight of her ten most widely held works are Alfie books (1981 to 2002).[14] The others are Dogger (rank second) and Out and about (1988). Awards[edit] See also[edit]

Shakespearean Musical Chair My AP students enter my class having read Romeo and Juliet in ninth grade… and that’s it. No Othello in 10th. No Julius Caesar. No Hamlet. It’s the hand I’m dealt and rather than lament this, I have to get to work building skill as quickly as I can. This isn’t an easy task because Shakespeare’s language can be difficult for experienced readers, let alone ones that lack exposure. I knew I had to develop a way to reduce their inhibitions, build their close-reading skills, front load information about the play, and make it fun and inviting at the same time. Before the lesson I pull the 30 best quotes from Act I and print them in 20pt font.I cut the quotes into strips. In Class I tell the students that they will gain knowledge about the characters, setting, and conflict of the play, and they won’t even open their books to do it.I then place a quote on each student’s desk as well as a graphic organizer and tell them that we are going to play a game of musical chairs, yet it is not competitive.

Roligt glosförhör - Glosor.eu E. Nesbit Edith Nesbit (married name Edith Bland; 15 August 1858 – 4 May 1924) was an English author and poet; she published her books for children under the name of E. Nesbit. Biography[edit] Nesbit was born in 1858 at 38 Lower Kennington Lane in Kennington, Surrey (now part of Greater London), the daughter of an agricultural chemist, John Collis Nesbit, who died in March 1862, before her fourth birthday. Her sister Mary's ill health meant that the family travelled around for some years, living variously in Brighton, Buckinghamshire, France (Dieppe, Rouen, Paris, Tours, Poitiers, Angoulême, Bordeaux, Arcachon, Pau, Bagnères-de-Bigorre, and Dinan in Brittany), Spain and Germany, before settling for three years at Halstead Hall in Halstead in north-west Kent, a location which later inspired The Railway Children (this distinction has also been claimed by the Derbyshire town of New Mills).[2] At eighteen, Nesbit met the bank clerk Hubert Bland in 1877. E. Writer[edit] Works[edit] Bastable series[edit]