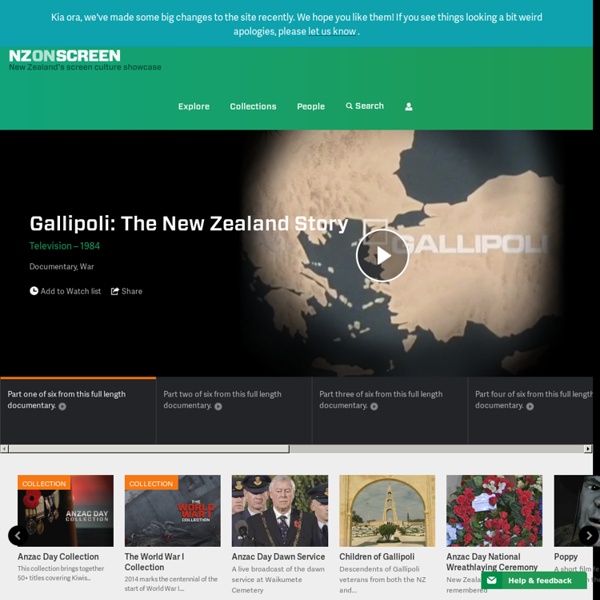 Anzac Day - Anzac Day Anzac Day occurs on 25 April. It commemorates all New Zealanders killed in war and also honours returned servicemen and women. The date itself marks the anniversary of the landing of New Zealand and Australian soldiers – the Anzacs – on the Gallipoli Peninsula in 1915. The aim was to capture the Dardanelles, the gateway to the Bosphorus and the Black Sea. At the end of the campaign, Gallipoli was still held by its Turkish defenders. Thousands lost their lives in the Gallipoli campaign: 87,000 Turks, 44,000 men from France and the British Empire, including 8500 Australians. It may have led to a military defeat, but for many New Zealanders then and since, the Gallipoli landings meant the beginning of something else – a feeling that New Zealand had a role as a distinct nation, even as it fought on the other side of the world in the name of the British Empire. Anzac Day was first marked in 1916.

Screen Shot 2015 05 25 at 2 37 07 pm Pengelly, Edna – Biography Page 1 Pengelly, Edna Teacher, civilian and military nurse, matron This biography was written by Jan Rodgers and was first published in the Dictionary of New Zealand BiographyVolume 3, 1996 Edna Pengelly was born in Canada on 5 July 1874, the daughter of Laura Ann Brown and her husband, William Pengelly. On finishing her education, Pengelly taught at a small private school in Rangiora. In 1902 Pengelly and her mother moved to Levin and started a poultry farm. After completing her training in 1907, Edna Pengelly supervised various wards at Wellington District Hospital. In 1915 Edna Pengelly applied to join the New Zealand Army Nursing Service. From 1915 to 1919 Pengelly served at military hospitals in Egypt and England. For the next seven years Pengelly took charge of a private hospital in Hobson Street, Wellington. In 1929 Edna Pengelly became matron of the Wanganui Collegiate School. Edna Pengelly never married.