How to Decalcify Your Pineal Gland 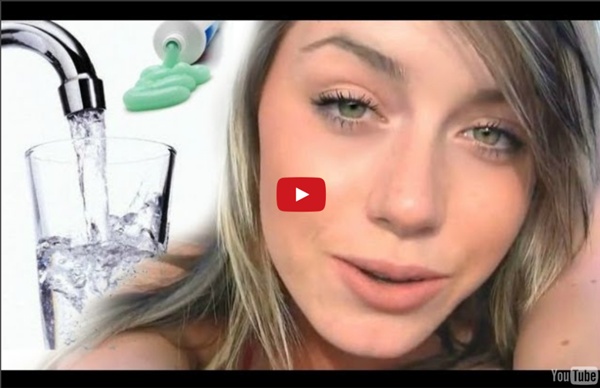 ‘Snowden broke the mold and freed up whistleblowers like Binney’ — RT Op-Edge Published time: January 22, 2015 17:32 Bill Binney (Still from RT America video) The example of Edward Snowden showed that the US is not always successful in apprehending and jailing whistleblowers, who can comment freely on the secret agencies abuses, Ray McGovern, former CIA officer, told RT.

Anonymous takes down hundreds of ISIS social media accounts February 10th, 2015 at 9:07 am - AuthorJon Martindale The hacktivist movement Anonymous has made good on its promises to target those associated with the violent extremist organisation, ISIS, by taking over and knocking out hundreds of websites and social media accounts that help promote the organisation and encourage recruitment from new members. Apparently though, this is just the start, with the Anons stating in a video that #OpISIS would continue. 10 Questions About The Pineal Gland That Add To The Mystery Of Spirituality by Buck Rogers The pine cone shaped, pea-sized pineal gland, located in the center of the human brain, is an organ of tremendous interest these days. To many spiritual seekers it is the ‘seat of the soul‘ and the ‘third eye,’ the anatomical part of the human body that acts as our spiritual antennae, connecting us to the non-physical, spiritual planes of existence. However, to many scientists and rigid materialist thinkers, it is strictly an endocrine gland responsible for the secretion of the hormone melatonin, a substance which, among other things, aids in the regulation of our circadian rhythms. Far from cased closed, this small, but intriguing piece of the human organism is the source of endless discussion and consideration, as many people believe that by cleansing, detoxifying or decalcifying the pineal gland, one can more readily achieve spiritual states of consciousness and can experience with greater depth and clarity. 1.

21 GIFs That Explain Mathematical Concepts “Let's face it; by and large math is not easy, but that's what makes it so rewarding when you conquer a problem, and reach new heights of understanding.” Danica McKellar As we usher in the start of a new school year, it’s time to hit the ground running in your classes! Raising Your Daughter To Be A Leader Parenting Teenage Girls is a new magazine for parents of teen and preteen girls. We chose our magazine’s tagline to be “Raising Tomorrow’s Leaders,” because most parents do not just want to survive their daughter’s teenage years without a catastrophe, they want to raise confident and successful daughters that become leaders. But what does it mean to be a leader and how do we raise our daughters so that they become conscious leaders? We all have different ideas of what a leader is and I don’t mean “leader” in the narrow, traditional sense of the word, such as a government or a religious leader. There doesn’t seem to be a lot of good examples of great leaders these days—at least not in the mainstream press. Rather, what I mean when I say “leader” is someone who inspires others regardless of the field her gift is in, someone who’s a role model for others to aspire to, someone who’s an innovator, a creator.

25 Spectacular Movies You (Probably) Haven't Seen Midnight in Paris Woody Allen’s latest places starving writer Owen Wilson in Paris with his fiancée, Rachel McAdams. Searching for inspiration for his incomplete novel, Owen begins taking strolls around the city at night where he discovers an unexpected group of people. I wish I could be more specific, but it would ruin the surprise. Know that it is brilliant, witty and full of mystique. 92% on Rotten Tomatoes (RT). Ageing: The girls who never grow older Our top 12 stories of 2014 - #4: A handful of girls seem to defy one of the biggest certainties in life: ageing. Virginia Hughes reports on the families wrestling with a condition they can’t explain, and the scientist who believes that these children could hold the key to immortality. Richard Walker has been trying to conquer ageing since he was a 26-year-old free-loving hippie. It was the 1960s, an era marked by youth: Vietnam War protests, psychedelic drugs, sexual revolutions. The young Walker relished the culture of exultation, of joie de vivre, and yet was also acutely aware of its passing. He was haunted by the knowledge that ageing would eventually steal away his vitality – that with each passing day his body was slightly less robust, slightly more decayed.

oliveremberton 468k shares Share on Facebook Share on Twitter I’m going to share a game with you. This game will reveal incredible things about whoever plays it; surprise, shock and delight complete strangers, and has kickstarted more friendships than I know how to count. Play along and you’ll see. 25 Documentaries Everybody Should Watch Sans Soleil This is not your average documentary. It is a fleeting memory, a sudden remembrance of times long past, a meditation on time and culture, a touch of an emotional diary. We follow the eyes of a world traveller who makes sharp observations and tries to convey them to his friend. We never learn who they are and where they came from, and this is perhaps a subtle point the documentary wants to make.

The Abundance Paradigm Foundational Writings The End of Entropy:A Look at Our Entropic World and the Evidence Supporting How We Could Change This by Amaterasu Solar Entropy… That measure of disorder that increases as energy is dissipated into unusable forms effects many aspects of our present human condition. It is easy to grasp the principle as it pertains directly to heat. We see the energy of a fire heat our food, but we also can see a great deal of heat going out unused and unusable. about / FisheadMovie Narrated by Peter Coyote how psychopaths and antidepressants influence our society a provocative snapshot of the world we live in It is a well-known fact that our society is structured like a pyramid. The very few people at the top create conditions for the majority below. Who are these people? Can we blame them for the problems our society faces today?

Welcome! Welcome to Spirit Science! This is an open exploration into the nature of the universe and our infinite connection to everything around us, and an active demonstration of that connection through our actions. Spirit Science started as an animated video series, and soon expanded to this website and the various social media outlets that we publish on. Today, we are still creating, to expand the discussion about what all of this stuff really means, and to come to understand what it means to be a whole (holy) person. If you want to go straight to the video collection, click here. Spirit Science is about the harmonic merging of ideas that previously we have believed did not fit together.

I Lived With Buddhist Monks And You Should Too The second thing worth mentioning is how meditation allowed me to get to know my body and mind - getting to know myself. I was observing my thoughts all the time, my mind starting to tell me to quit when it was outside of the normal comfort zone. When you observe your thoughts you also start to understand how your mind works and, consequently, learn how to subvert it. Like Tai Lopez’s cognitive biases - our animal brain needs simply to be understood to be mastered. I learned how to be present, how not to think about the past or the future and to just enjoy the moment.