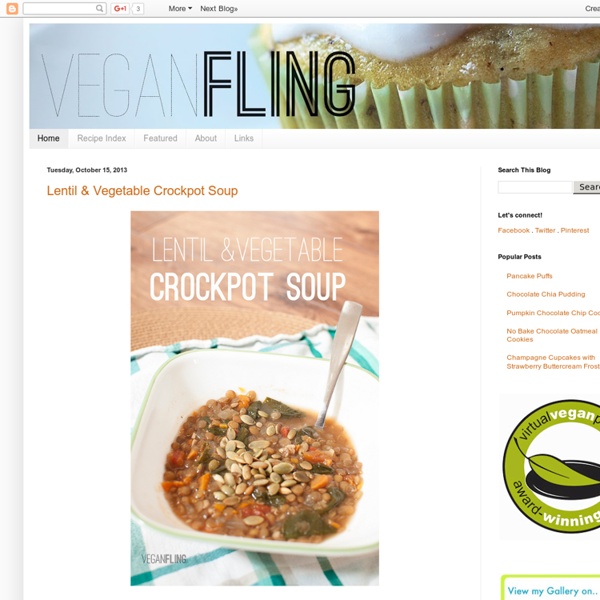 Cherry Pudding Cake Life isn’t fair sometimes. We make plans as if we have forever, but our time is so short and we forget. We forget to treat moments with our loved ones as special, as something we want to cherish. Michael always says to me, “I’ll never have enough time with you.” From the man I love who travels a lot, those simple words mean more to me than anything else he could say. Like many others, I was stunned by the news of the sudden death of Jennifer Perillo’s husband. So I’m sending this note of caring to Jennie from across the miles, along with a virtual cherry pudding cake. Recipe Notes If you like cherries but don’t like to bake, this recipe will change your mind. Adapted from Ann Meyers’ Blueberry Pudding Cake. Serves 8. Equipment 9-inch square baking dish, greased large cookie sheet, covered in foil 2 medium mixing bowls Ingredients Preparation 1. 2. 3. 4. 5. More Cherry Recipes More Cherry Recipes From Around the Blogs My Baking Addiction – Cherry Hand Pies Food in Jars – Pickled Sweet Cherries

Vegan Recipes by Angela Liddon | Oh She Glows Fresh Mint Gelato with Chocolate Chunks Monday June 25, 2012 It's gelato time. Too hot to turn on the oven. Mint chocolate chip ice cream is one of my absolute favourites. This mint ice cream is way more awesome than that stuff you can get at the store. BUT if you don't happen to have one, David Lebovitz has a post about making ice cream without a machine HERE. Recipe: Fresh Mint Gelato with Chocolate Chunks Makes 1 Qt (1L) Ingredients: 2 cups whole milk (also works with 1%!) Method: In a heavy bottomed saucepan over medium heat, heat the whole milk, 1/4 cup of honey and the mint leaves. Strain the mixture into another saucepan and wring out the mint leaves. Prepare the cream in a large bowl set over an icebath. Please add a comment!

Clean Green Simple Lemongrass Ice Cream Lemongrass Ice Cream I mentioned earlier that some of the best food I’ve ever eaten was in Vietnam, primarily in stalls in back alleys and nondescript restaurants. It literally makes me want to cry when I hear of people going to Vietnam and not eating the street food (worried about your stomach? Try grapefruit seed extract). Because the food at all the restaurants catering to tourists was less than inspiring. There was, however, one notable exception: Fanny’s Ice Cream. In addition to standbys like chocolate and strawberry, they also had a number of Asian-inspired flavors such as young rice, ginger and star anise. The lemongrass is bright and refreshing, a perfect palate cleanser. Lemongrass Ice Cream Ingredients: * 2 cups whole milk * 1-1/2 cups chopped lemongrass (remove the dry, woody sections from the top of the stalks) * 3/4 cup sugar * 2-1/2 Tablespoons cornstarch * 1 cup half-and-half Directions: Combine the whole milk, lemongrass, and sugar in a heavy-bottomed saucepan.

Mango Blueberry Greek Frozen Yogurt Recipe We planted our first blueberries bushes four years ago, and they’ve grown from just a few sticks producing a handful of berries to full bushes with loads of berries. I spent time in the garden last night picking blueberries and brought in about four quarts worth and left many, many more still ripening. Monkey Boy pointed out all the blueberries he wanted to eat and snacked on a few, his fingers turning blue from the juice. There’s something about picking fruit, starting with strawberries in the spring and carrying on through to apples in the autumn that brings out the kid in me, and I love to share it with my boys. The first blueberries we planted were a Northern low bush variety, and each year we’ve added a few more blueberries, all different types of high bush. The flavors range from sweet to tart, and the low bush blueberries are my favorite, probably because the flavor reminds me of Maine. Recipe Notes Makes about 1-1/2 quarts. Equipment Ingredients Preparation 1. 2. More Frozen Desserts

Blueberry Mascarpone Tart I love the simple joys of summer. Waking up at 6:30am to go to the Minneapolis farmer’s market on a Saturday morning isn’t one of them, though. But as much as I moan and groan when getting up to go, once I am there I am in my happy place. On this most recent trip I was really eyeballing some rhubarb for a trifle that I will be making soon for a good friend’s housewarming party when my eye caught onto these big plump blueberries. To me, blueberries and mascarpone are one of those combinations that always turns out amazing no matter how they are combined. Yield: 13-inch rectangular tart pan or 9-inch round tart pan 1 large egg1 tsp vanilla paste2 tbsp sour cream40g powdered sugar160g all purpose flour40g almond meal/flourPinch of salt90g cold unsalted butter, cubed8 oz mascarpone cheese3 oz heavy whipping creamZest of 1 lemonPowdered sugar to taste ¼ to ⅔ cup1-2 pints of ripe blueberries, washed and dried

Nendran Chips Recipe (Nendran Banana Chips) Nendran chips always reminds of kerala chips where they use coconut oil for making chips. I love its flavour the best.I have not seen many kids who are so specific in snacks too and the lil one is in the list. She is not fond of biscuits, cakes, sweets etc, she asks for cream biscuits licks the cream clean and reserves the biscuits for her mother ;) Though we dont make savoury snacks often at home, she likes ompodi and nendran chips very much. Whenever we visit perimmas house, she packs us nendrangai and we mostly end up making this chips for her sake. Preparation Time : 10 mins | Cooking Time : 20 mins | Serves : 2Recipe Category: Snack | Recipe Cuisine: Kerala Raw Nendran Banana - 2 nosTurmeric powder - 1/2 tspCooking / Coconut Oil - to deep frySalt - to taste Method: Slit the banana skin and peel them off. Serve as teatime snack! My Notes: There is another way to do this : Just add turmeric powder, salt in water and keep aside.

Fried Mozzarella Sticks Okay, okay. Fine. Mozzarella sticks, American chain restaurant, yum, good, everyone loves them, yada yada yada. Please listen. Awww, I kid. Here’s the step-by-step post on Tasty Kitchen: Fried Mozzarella Sticks Try them. Frito Chili Pie We’re submerged in football right now. There’s no other way to put it. Marlboro Man is coaching my two boys’ football team, Marlboro Man and I are both tuned in and watching all the college games we can find on TV…and if that wasn’t enough, we’ve also gone to some of our local high school’s home games on Friday night. There’s nothing like high school football games to send you soaring back to adolescence. The cool almost-fall night air…the shirtless guys painted with their team’s colors…the adorable cheerleaders, who, by the way, have way more energy than I remember having at seventeen…the Bon Jovi songs blasting on the loudspeaker in between plays. It was the worst thing that’s ever happened to my fourteen-year-old daughter. High school football games also mean Frito chili pies. Last night, I whipped up some for dinner. Start with ground chuck or any ground beef you have on hand. Throw it in a deep skillet or pot… And brown it over medium-high heat. After that? Pour in the tomato sauce…

The Best Chocolate Sheet Cake. Ever. When I posted my recipe for "The Best Lasagna Ever" yesterday, I couldn’t have anticipated that I’d wind up hearing from Draco, a real-live Italian who lives near Bologna, Italy, where lasagna was first created. Nor could I have ever predicted I’d hear from MP, who lives in an Italian neighborhood and buys Parmiganno-Regianno by the bag, dang it. I might just go ahead at this point and clarify that yes, my lasagna is, in fact, "The Best Ever"…unless you live near Bologna, Italy or in an Italian neighborhood or anywhere near Mario Batali. Okay? Now…this cake? The Cast of Characters. First, melt 2 sticks regular (not unsalted) butter in a saucepan. When the butter is melted, add 4 heaping tablespoons cocoa powder… And mix thoroughly. With the heat still on, pour in the boiling water… And allow the mixture to bubble for 30 seconds. Turn off heat. In a large mixing bowl, combine 2 cups flour, 2 cups sugar… And 1/4 teaspoon salt. Stir together. Pour the hot butter/chocolate mixture over the top…