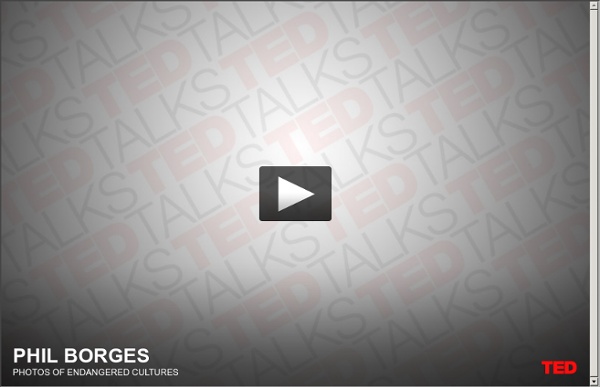 Related:  CHAPTER 7 - Choosing to be Different

Andrew D. Blechman - author of LEISUREVILLE and PIGEONS LEISUREVILLE Adventures in a World Without Children From the author of Pigeons comes a first-hand look at America’s senior utopias, gated retirement communities where no kids are allowed. When his next-door neighbors in a quaint New England town suddenly pick up and move to a gated retirement community in Florida called “The Villages,” Blechman is astonished by their stories, so he goes to investigate. Larger than Manhattan, with a golf course for every day of the month, two downtowns, its own newspaper, radio, and TV stations, The Villages is a city of nearly one hundred thousand (and growing), missing only one thing: children. Started in the 1950s and popularized by Del Webb’s Sun City, age-segregated retirement is an exploding phenomenon. Blechman delves into life in the senior utopia, offering a hilarious first-hand report on all its peculiarities, from ersatz nostalgia and golf-cart mania to manufactured history and the residents’ surprisingly active sex life.

Sprezzatura Watch this video of Elizabeth Gilbert's amazing 18-minute talk on creativity. Her speech was the hit of the TED Conference. Absolutely amazing speech. Emotional, universal, insightful, educational, and funny. She comes across so nonchalant, light, and conversational. When the conference was over, she asked me to walk with her back to her hotel, so we had a good 15 minutes to chat. She told me she had finished her new book on New Year's Eve (it was now mid-February), so I said, “Congrats! She said, “No! Aha! “Sprezzatura” is an Italian word that means “to hide conscious effort and appear to accomplish difficult actions with casual nonchalance.” I really admire how much work it took to research, write, edit, then practice that speech so that it seemed effortless. It inspires me twice. First for its own sake: for being such a great talk. Second for finding out how much work went into making it. My old girlfriend was not a musician, so one day she said, “I would like to be a pop star. Sprezzatura.

Visiting the Bakhtiarias nomads in Iran - Part 1 of 2 Photo. Nice people from the Bakhtiari nomads. The Bakhtiari nomads living high up in the mountain hillsides. The scenery with snow capped summits in the background was something for itself! © Travel Explorations. The good smells from the beautiful Shabdar flowers that grow around created a unique atmosphere. According to my itinerary in July 2004 I travelled around in several regions such as Shahr-e Kod, Yasuj and Kafe Namdoon, which are the residing places or on the immigration routes of the nomads. I visited the Bakhtiari nomads in Shahr-e Kord region. In Kafe Namdoon I also got the chance to become familiar with the Qashqai tribe. Iran has many unique features of its own in its people, landscapes, arts and customs. The Bakhtiari nomads retain its traditional lifestyle and cultureThe Bakhtiari nomads, which numbered more than 1 million in 1997, inhabits an area of approximately 67,000 Km (25,000 Mi) that straddles the central Zagros Mountains. Hard lifeWe started from Esfahan.

How Big Is the Apple iPhone App Economy? The Answer Might Surprise You If I were to tell you that Apple’s app economy was worth more than $2.5 $2.4 billion a year, you would laugh hysterically, shake your head and walk out of the room, yes? Surf on over to some other web site? But here I am telling you exactly that! According to mobile advertising startup AdMob, there are some $200 million worth of applications sold in Apple’s iPhone store every month, or about $2.4 billion a year. Just to put that in context, Apple says about 1.5 billion apps have been downloaded from the App Store. AdMob bases its monthly reports on the usage behavior found on various applications and web sites across its ad network. Why the focus on the iPhone? * Each month, Android and iPhone users download approximately 10 new apps, while iPod touch owners download an average of 18. * Android and iPhone users download eight new free apps per month vs. iPod touch owners, who download twice as many. * iPhone/iPod Touch owners, an average, spend $5 to buy five paid apps every month.

Bakhtiari - ETHNONYMNS: none The term "Bakhtiari" refers to a group of people and to the area they occupy. The Bakhtiari inhabit about 156,000 square kilometers in and near the central Zagros Mountains of Iran. Sheep and goats are the basis of the Bakhtiari economy, and Bakhtiari nomadism arises from the search for pastures. The family is the basic unit of production and of flock- and landownership, as well as of political and social organization. The confederation, Il-i-Bakhtiari (ii, tribe) is the unit that includes all those who live in the territory, speak a subdialect of the Luri dialect of Persian, and acknowledge the leadership of the khans and the ilkhani. Migration, competition for scarce resources, and the need for exchange with sedentary groups create a potential for much conflict in Bakhtiari society. The Bakhtiari confederation was once much more powerful than it is today. The Bakhtiari now appear to be choosing sedentarism as a way of life much more than in the past.

Русский киви At Raven, we experiment a lot. We consider our projects as our own version of skunkworks. Sometimes the experiments are driven by mere curiosity, while others are meant to see how far we can push the boundaries of a service. All of our experiments have one common element, problem solving. When we first created the kl.am URL shortener, we did it to solve a problem. Campaign variables are great, because you can assign a source, medium, and name, like Twitter and/or Social Media Campaign. So campaign variables is the main reason we built kl.am, period. Several months after we debuted an SEO friendly URL shortener that supported campaign variables, many existing and new shorteners added them to their service. With the mass support of campaign variables, it wasn’t necessary for us to keep kl.am running. Spammers use of kl.am became epic. We appreciate everyone who properly used kl.am in their campaigns and on a daily basis.

Dare to Be Different and Follow Your Heart Not the Crowd To dare to be different is to live your life your own way. Following your heart rather than following the crowd gives you much more chance to find happiness and fulfillment, but it takes courage. Many people are afraid of being different, of not being accepted by those around them, and of standing out rather than blending in. The truth of the matter is that we are all different. In the entire world, there will never be anyone else who is exactly like you. One reason is the belief that there is safety in numbers. What millions of people are doing could be right for them, but totally wrong for you. Following the crowd also eliminates the pressure of needing to think and choose. It is not just the challenge of soul-searching that can be scary either. Life is change. Change can also be positive if we stop resisting it and go with the flow. So, choosing to follow your own path means breaking away from the ‘safety’ of conforming. To dare to be different means being willing to stand out.

Official Home of the Free Hugs Campaign - Inspired by Juan Mann - Home Abu Dhabi tourism ambassadors graduate ABU DHABI // Nearly 100 more UAE nationals have qualified to represent the emirate at home and abroad as tourism ambassadors. Ninety-eight Emiratis graduated at a ceremony at Jumeirah at Etihad Towers yesterday. The Abu Dhabi Ambassador Programme, launched in 2008, was created to give nationals the skills to promote the emirate both to tourists at home and to other nations while overseas. The class of 2012, honoured yesterday, are employed by more than 44 UAE organisations in the private and public sector. A total of 277 people have now successfully completed the course, an initiative by the Abu Dhabi Tourism and Culture Authority (TCA). Mohammed Ali Hammadi, head of commercial activities at the Abu Dhabi Department of Economic Development, came top of last year's intake. "For me, honestly, it has opened my eyes," he said. "If it says hotel I go and search what's the name, what's the cuisine offered and how many rooms." "This programme has expanded my horizons and my vision," he said.

Life Is Normal Today Today after reading about Dumbledore's death I cried for half an hour while my 6 year old daughter comforted me. MLIA My German Shepard has learned to hug... without the obligatory humping! Today I was walking and I saw a twenty dollar bill on the ground with a string on it. Sat down in front of my closet last night to wait for my sister to finish in the bathroom so I could brush my teeth. Today at Goodwill, I sat on a couch waiting while my Aunt was shopping. Today a student was expelled from school because he had been pretending to not speak English for the last 8 months. I missed the first day of school to be on Family Feud. Today, I woke up and was still alive. Today, I saw a very large man driving a very small car. Today, I noticed that the stories here were getting more average.

MyLifeIsAverage - Life Is Normal Today Heartless Doll - Top 10 Best Video Games For Couples Top 10 Best Video Games For Couples Posted at 5:00 AM Aug 24, 2009 By Merritt Martin I'm coming out of the first three months of shacking up with my boy. We're still learning each other's quirks. Some things about the boy are excellent: He makes a great sandwich, he--without complaint and often without being asked--brings me cold, bedside water, he has no problem that my feet are essentially 'bergs that gravitate toward his lava-like legs at 3 a.m. So, I took it upon myself to trade in some games of my own, ask some pro gamers I know for help and appeal to my boy's desire to please to find some rather awesome games that we can play together. *Keep in mind, I may use boy-girl talk, but that's because it's my experience. 10. Easy pick, but Guitar Hero is excellent for the gamer who's gradually bringing a non-player into his world. 9. From Indiana Jones, to Harry Potter, to Star Wars, the Lego franchise is badass for creating two-player storyline games that couples can play simultaneously.