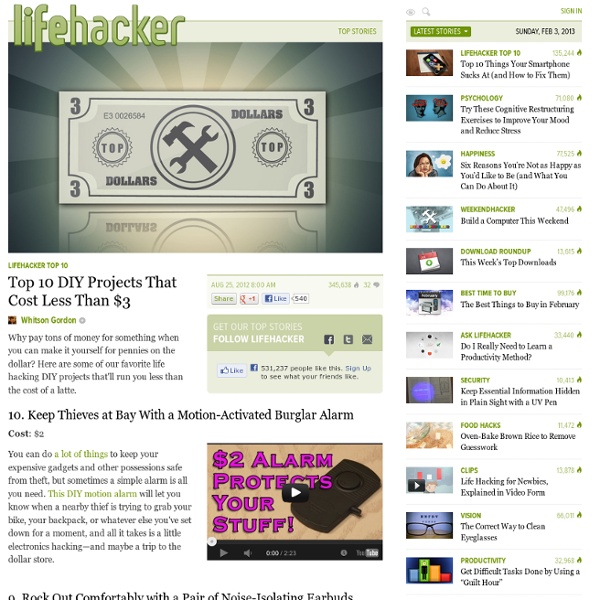 How to Block Annoying Political Posts on Facebook Add "i" to the end of "/Romney|Obama|republicans|Republicans|democrats|Democrats/" to make it case sensitive. Then you can just do this: /Romney|Obama|republicans|democrats/i Amazing! Do you know if this filters it on every device you use facebook on, or just the one you install social fixer in your browser? Just the one you install Social Fixer on. Seriously? I don't know about you, but there's no substance happening in my Facebook news feed. In your post so say to add the 'i' to make it NOT case sensitive, but TheChadd's comment says the 'i' DOES make it case sensitive. What about synced Chrome on multiple machines? Wow, this is what Lifehacker is for—making cynicism and division more convenient? Cynicism elects Republicans because old people vote more than young people. None of you seem ot be reading my comments here, or my notes in the post. I don't think so; but you can manualy export your Social Fixer options and import them on another computer. I believe TheChadd misspoke. Damn.

20 brilliant things to make in a jar Via: mycakies.blogspot.com Start saving your old jam jars! From cakes to herb gardens, pies to photo frames, and even entire meals … here are 20 fantastic things you never knew you could make with a jar. (Above: red velvet cupcakes in a jar. Via: fatgirltrappedinaskinnybody.blogspot.com Word on the street: salad in a jar is all the rage. Via: bakerella.com Cookies in a jar – a great gift idea. Via: rikkihibbert.co.za For a rustic vintage look, display your photos inside glass jars and bottles. Via: goodfoodbreadandmuffins.blogspot.com Chocolate muffin bread cooked in a jar. Via: pizzazzerie.com Super sweet. Via: simplebites.net Bread, cooked in a jar? Via: marthastewart.com A fabulous visual reminder of your favourite holidays. Via: bigredkitchen.com So let’s just cut to the chase – what about making all your meals in a jar?! Via: runwithglitter.blogspot.com There isn’t a child on earth who wouldn’t be wowed by these: rainbow cupcakes baked in a jar. Via: mybakingaddiction.com Via: flickr.com

Tiny Umbrella Drink Stirrers with Free Printable! I love a cute drink stirrer and that’s why I made these Tiny Umbrella Drink Stirrers! They are perfect for your upcoming summer barbecues, or for any celebration. They could also be lovely for a bridal or baby shower. If you don’t want to make them into drink stirrers, the umbrellas would make cute cupcake toppers (just make the bamboo skewers shorter). Want to make some for yourself? Supplies: Umbrella Drink Stirrer printablewhite card stock paperbamboo skewershot gluescissorswire cutterssmall hole puncha yummy cool drink (like an iced Starbucks® Discoveries Iced Café Favorites™) Directions: Step 1: Print out the Umbrella Drink Stirrer onto your white cardstock paper. Step 2: Use the scissors to cut out the umbrella shape outline. Note: make sure you don’t cut off the glue tab, you need it. Step 3: Use a small hole punch to cut a hole in the center of each umbrella. Step 4: This next step could be optional: fold the umbrella on the dark lines (see image above). Step 5: Step 6: Step 7: - Chelsey

How to use an iPhone and iPad - tips and tricks A few simple tricks for getting the most out of your iPhone....without wanting to throw it in a blender. iProducts. You can shoot them. But can you use them? The past five years has witnessed an explosion of iPhones around the world, with 35 million sold in the January to March quarter alone. And yet, so many people seem not to know how to use some of their basic functions. Advertisement Sure, they can make a phone call, access the net and take a photo, but there are so many other little features that can make life easier. Like caps lock. Below is a list of iTips we've collated from around the office, as well as browsing handy apps like iPad Secrets. These tips might not set the world on fire, but hopefully they'll stop you from wanting to set your iDevice on fire. (Most of these will work on both the iPhone and the iPad, but some are specific to the device. Multi-taskingNeed to use several apps at once but hate going to the home screen each time?

How to Make Limited-Time App Deals Last Forever At least in the case of the Starbucks free apps, the developers get paid. (At least that's how I understand it. I know, it gets in the way of consumer-bashing, but you can have your fill of that on the Consumerist.) You know the developers still get paid in these sales, right? I'm confused by your argument. Also, why do you think the developers do not get paid? Except, of course, the Amazon AppStore which does not pay their free app of the day developer and is generally extremely shitty to developers. Either that or I am, but you definitely aren't padding Apple's pockets any more either way. You would help him or her more by downloading this the free day.

Frugal by Choice, Cheap by Necessity image Best Torrents: The Top 35 Torrent Download Sites of 2012 Updated May 11, 2016. Disclaimer: About.com does not condone the illegal sharing of copyrighted files. Please use good judgment when using a torrent file-sharing site. This list is in random order. continue reading below our video Play Video Disclaimer and legal warning for new torrent users: About.com does not condone illegal sharing of copyrighted material. ISP warning: your ISP may choose to release logs of your downloading/uploading activity to potential copyright plaintiffs. Rocket Stoves -- Home

How to Make Paper Pencils (tutorial) | scissors I have always wanted to make my own pencils, but the thought of shaping two pieces of wood to allow a piece of lead to sit perfectly inside made me think it wasn’t worth the effort. For some reason I was looking at some pieces of lead I have (for a drafting pencil) and “pop” there it was.. a solution to my DIY longing. Here is a tutorial to make pencils that is so ridiculously easy I’ve made 10 pencils since the idea came to me yesterday! Enjoy. Paper: I recommend using 6″ origami paper. Here’s a video I made so you can watch me make it from start to finish! I have to admit I really enjoyed doing this craft. Hope you’re just as excited about this as I am! leads {here} paper {here} mod podge {here} {If you like pencils, you may also like my toadstool pencil craft!} Share 16K+ Kimanh Hi my name's Kimanh.

Unleash the Power of Android with These Automated Apps And sometimes it re-detects your location once every 5 minutes without you moving. I tested this before by making my phone text me when I "arrived home." I was seeing if it would be worthwhile to move forward on. It wasn't. Tasker is always checking your location because it wants to run an exit task when you leave that area. Location detection is all from the phone, tasker just asks where you are. Edit: As I typed this I though "Tasker should let me set those variables on the fly", and sure enough they do!