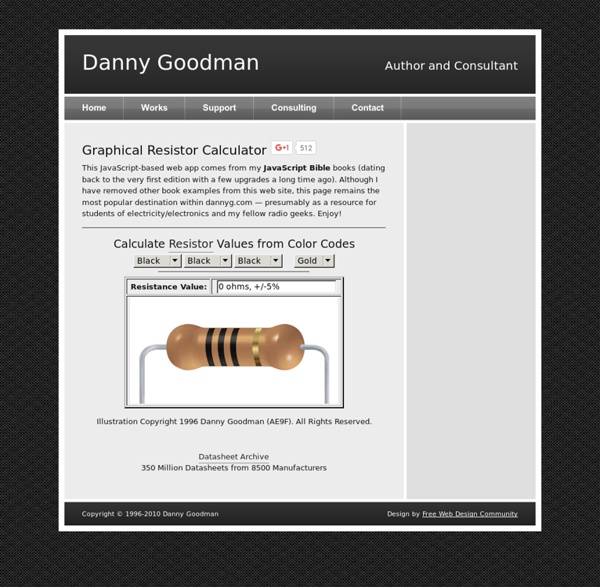 24/192 Music Downloads are Very Silly Indeed Also see Xiph.Org's new video, Digital Show & Tell, for detailed demonstrations of digital sampling in action on real equipment! Articles last month revealed that musician Neil Young and Apple's Steve Jobs discussed offering digital music downloads of 'uncompromised studio quality'. Much of the press and user commentary was particularly enthusiastic about the prospect of uncompressed 24 bit 192kHz downloads. 24/192 featured prominently in my own conversations with Mr. Young's group several months ago. Unfortunately, there is no point to distributing music in 24-bit/192kHz format. Its playback fidelity is slightly inferior to 16/44.1 or 16/48, and it takes up 6 times the space. There are a few real problems with the audio quality and 'experience' of digitally distributed music today. 24/192 solves none of them. First, the bad news I was also interested in what motivated high-rate digital audio advocacy. Misinformation and superstition only serve charlatans. Gentlemen, meet your ears Clipping

HNTE - RGB LED Cube OK so I have finally found some time to begin writing the story of my RGB LED cube, this project was always going to be the next step in the evolution of my LED Cube. I can only hope that it will be as popular as my original cube, for those of you that followed my original cube project you will probably notice a few similarities. I built the RGB cube while I was living in the UK for 6 months, so I had access to a limited number of tools and most of the work was done on the dining room table to the dismay of my girlfriend (wife now). Working on this project I have learned a lot about animating in colour, software modulation for fading and c++ in general, so hopefully I can teach you readers a thing or two as well. If nothing else at least you will be able to use what I offer here to build one of the greatest light displays you have ever seen! (If I do say so myself :P).. Before I Begin Getting Started So first things first, how much time should you set aside? Price List The Cube Assembly

Soundcard Scope Soundcard Oscilloscope deutsche Version Author: Christian Zeitnitz Main features: The PC based Soundcard Oscilloscope receives its data from the Soundcard with 44.1kHz and 16 Bit resolution. The data source can be selected in the Windows mixer (Microphone, Line-In or Wave). The frequency range depends on the sound card, but 20-20000Hz should be possible with all modern cards. The oscilloscope contains in addition a signal generator for 2 channels for Sine, Square, Triangular and Sawtooth wave forms in the frequency range from 0 to 20kHz. Download the latest version: scope V1.41 Obtain a commercial license here Interested in a customized version? Support the development of this program by obtaining a private donation license Additional features The program has completely been written in LabView (™ by National Instruments). Signal Sources The signals for the oscilloscope can be internal to the computer (MP3 player, function generator etc.) or from external sources (line-in, microphone). Downloads

Ohm's law V, I, and R, the parameters of Ohm's law. where I is the current through the conductor in units of amperes, V is the potential difference measured across the conductor in units of volts, and R is the resistance of the conductor in units of ohms. More specifically, Ohm's law states that the R in this relation is constant, independent of the current.[3] The law was named after the German physicist Georg Ohm, who, in a treatise published in 1827, described measurements of applied voltage and current through simple electrical circuits containing various lengths of wire. He presented a slightly more complex equation than the one above (see History section below) to explain his experimental results. In physics, the term Ohm's law is also used to refer to various generalizations of the law originally formulated by Ohm. History In January 1781, before Georg Ohm's work, Henry Cavendish experimented with Leyden jars and glass tubes of varying diameter and length filled with salt solution. Scope .

USB2-USCSI USB 2.0 Ultra SCSI Cable Adapter USB 2.0 Ultra SCSI Cable Adapter Description With USB 2.0 bandwidth, don't settle for anything less than ULTRA SCSI performance. The first and the only USB2.0 to Ultra SCSI adapter, USB-XFormer is up to 40 times faster than the current USB 1.1 adapters on the market. Furthermore, this is not just a 1-to-1 adapter. USB 2.0 is backward compatible with the well-established USB 1.1 standard. This item is new in retail packaging. Features USB-XFormer will change any SCSI device into a portable, plug-n-play USB 2.0 device that can operate up to 480mbs.

ElectronicPassion Practical Physics This website is for teachers of physics in schools and colleges. It is a collection of experiments that demonstrate a wide range of physical concepts and processes. Some of the experiments can be used as starting-points for investigations or for enhancement activities. Many have links to carefully selected further reading and all include information and guidance for technicians. Physics is a practical science. Good quality, appropriate physics experiments and investigations are the key to enhanced learning, and clarification and consolidation of theory. We have published a new set of resources to support the teaching of practical science for Key Stages 3-5.

Sewable Electroluminscent (EL) Wire Welted Piping- Aqua 5 meters ID: 675 - $19.95 EL Wire, also known as Electroluminescent wire is a stiff wire core coated with phosphor and then covered with a protective PVC sheath. When an AC signal is applied to it, it glows an aqua (blue green) color. It looks a little like thin neon. Very bendable, it keeps its shape and you can curl it around your finger. Its an easy way to add some glow to a project, not as bright as LEDs but uses a lot less power! This particular model is standard 2.3mm thickness EL wire, with a clear coat, pre-cut and soldered to a standard quick-connect EL wire. This is not our high-brightness EL (it wasn't available in piping form), so it is dimmer than the non-welted kind we carry. Often used for costuming, decoration, accent lighting, safety vests, bicycle/motorcycle/car/boat/home decoration, signs, etc! To use, the wire must be connected to an inverter that provides an AC supply of approximately 100V at 2000 Hz. We used EL wire to make our awesome TRON bag so check it out for ideas Please note!

35 Visually Stunning Czech/Slovak Films That Are Worth Your Time The cinema of former Czechoslovakia, as well as of current Czech Republic and Slovakia, is, perhaps, the richest and most visually striking of all Eastern Europe. Even though fun-as-bricks Commies have tried the best they could to stifle it, the zany and wonderful artistic visions found a way to reach the audience. From the very beginning, the traditions of visual audacity reigned supreme, due in a large part to cultural traditions rich in imagery, imagination, symbolism, and surrealism. It may be noticed that a large portion of the films in this list are from the 1960’s. It all changed after 1968, when Soviet tanks rolled in and the so-called “socialism with a human face” was crushed. Of course, the restrictions largely went away with the fall of Communism, but now new realities set in-those of market economy, changing political and societal structure, and competition with the worst of the West. A note-in this list, Czech and Slovak filmmakers are presented jointly. 1. 2. 3. 4. 5. 6.

Infinite RGB LED Cube The 8x8x8 LED cube project published on the Instructables website was very detailed and yet looked simple enough for me not just to complete but add substantial enhancements as well. Following is a tutorial on how I built my 8x8x8 LED cube and also how I created the firmware and simulation using Flowcode 6. After planning on creating a larger single color version of the cube I quickly realized that to double the display dimensions to 16x16x16 meant multiplying the number of LEDs and interconnections by 8. With 512 RGB LEDs in the design each with their own three internal LEDs a lot of control signals are required to switch the LEDs on and off.