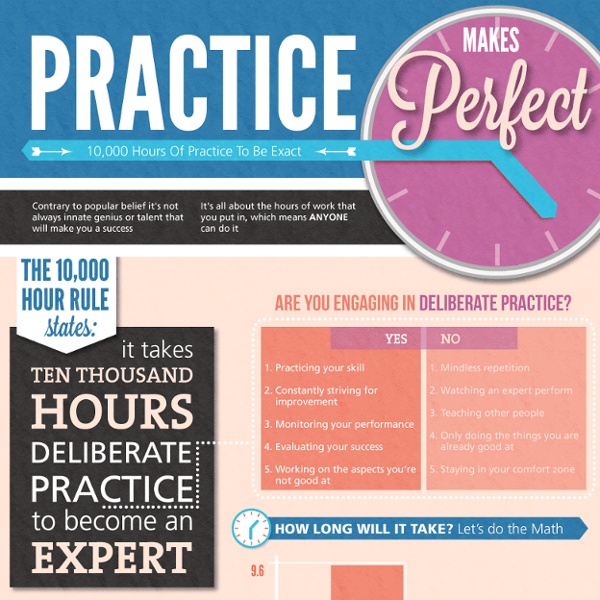 ERUDITE CONCEPTS If you're not familiar with the work of Boswell D. Rabbitsmith, he's the famous erudite scientist who once said: "I woke up one morning, and all of my stuff had been stolen and replaced by exact duplicates." His mind sees things differently than most of us do, to our amazement and amusement. Here are some of his gems: (He also makes his living as a comedian by the name of Steve Wright....) 1 - I'd kill for a Nobel Peace Prize. 2 - Borrow money from pessimists -- they don't expect it back. 3 - Half the people you know are below average. 4 - 99% of lawyers give the rest a bad name. 5 - 82.7% of all statistics are made up on the spot. 6 - A conscience is what hurts when all your other parts feel so good. 7 - A clear conscience is usually the sign of a bad memory. 8 - If you want the rainbow, you got to put up with the rain. 9 - All those who believe in psychokinesis, raise my hand. 10 - The early bird may get the worm, but the second mouse gets the cheese. 12 - OK, so what's the speed of dark?

Simple Ideas That Are Borderline Genius - 43 Pics Click Here For More Genius Ideas 40 Photo-Illustrated Questions to Refocus Your Mind Asking the right questions is the answer… It’s not the answers you get from others that will help you, but the questions you ask of yourself. Here are 40 thought-provoking questions to help you refresh and refocus your thinking: Please share your thoughts with us in the comments section below. if you’re interested in reading even more inspiring, thought-provoking questions.Title photo by: Helga Weber For all other photo credits please refer to ThoughtQuestions.com Related 40 Questions Everyone is Afraid to Ask Judge a man by his questions rather than his answers. April 13, 2012 In "Aspirations" 40 Questions that Will Quiet Your Mind Judge a person by their questions, rather than their answers … because asking the right questions is the answer. August 5, 2015 In "Happiness" 25 Photo-Illustrated Reminders to Help You Find Happiness Happiness is the highest level of success.

25 Clever Ideas to Make Life Easier Here are clever ideas to make life easier. To see the complete list of 25 go here. You can pin the pics directly to Pinterest by hovering your mouse over the pic then clicking the “pin it”! Via: amy-newnostalgia.blogspot.com Why didn’t I think of that?! We guarantee you’ll be uttering those words more than once at these ingenious little tips, tricks and ideas that solve everyday problems … some you never knew you had! Via: apartmenttherapy.com Rubbing a walnut over scratches in your furniture will disguise dings and scrapes. Via: unplggd.com Supposedly you can remove crayon masterpieces from your TV, computer screen, or walls with WD40 – I’m not going to try it though! Via: athomewithrealfood.blogspot.com Stop cut apples browning in your child’s lunch box by securing with a rubber band. Via: marthastewart.com Overhaul your linen cupboard – store bed linen sets inside one of their own pillowcases and there will be no more hunting through piles for a match. Via: iheartnaptime.net Via: realsimple.com

Food For Thought The days grow and the stars cross over And my wild bed turns slowly among the stars. Muriel Rukeyser, “Darkness Music” (via awritersruminations) I taste her and realize I have been starving. Jodi Picoult, Sing You Home (via psych-quotes) (via lorenzmdumuk) Sometimes a person’s hands are the only words he knows. Bronwen Wallace, from: “Woman at the Next” (via learningfromthehands) If you listen closely to this poem, you can hear the ocean that’s living inside of you. Y.Z, It’s okay if you don’t know where you’re going (via rustyvoices)

How to Read Female Body Language Signals When it comes to dating, using and reading female body language signals is a great tool. These non-verbal signals will help you in dealing with the person but stay focused on what the person is saying. If you focus too much on their body language signals, you and/or the girl may feel uncomfortable. It is useful to be able to read female body language signals, but it is equally useful to learn how to get your body to send the right signals and eliminate the wrong signals. See below for some tel tale female body language signals. Be Warned: Female Body Language is very much open to interpretation. Note: Look for 3 or 4 signals that convey a similar message or the one-off inconsistent signal. Female Body Language Signals: Head: • Looking Around: o Wants to get away o Thinking about something else o Bored with situation/conversation • Stroking Chin: Evaluating you. • Yawning: o Bored o Tired and that may have nothing to do with the situation/conversation • Chewing Fingernails: Nerves. Body:

The Alignment System - Chaotic Good A chaotic good character acts as his conscience directs him with little regard for what others expect of him. He makes his own way, but he's kind and benevolent. He believes in goodness and right but has little use for laws and regulations. He hates it when people try to intimidate others and tell them what to do. Chaotic good is the best alignment you can be because it combines a good heart with a free spirit. Chaotic good can be a dangerous alignment when it disrupts the order of society and punishes those who do well for themselves. While creatures of this alignment view freedom and the randomness of actions as ultimate truths, they likewise place value on life and the welfare of each individual. Chaotic good characters are strong individualists marked by a streak of kindness and benevolence. These characters are basically good, but tend to be selfish and maybe a bit greedy. The chaotic good character has a "beatific" attitude toward existence. The Ten Chaotic Good Commandments 1. 2.

In Which We Get You Writing Something Dark And Very Disturbed Why and How To Write Ever since I began my full-length memoir Jesus Was A Pale Imitation of Myself I have been deluged with responses from fans asking me how I start writing. That's a great question, but I usually don't give writing advice for free, just the actual writing. Still many authors have weighed in on this subject and we can learn much from their instruction. Part One (Joyce Carol Oates, Gene Wolfe, Philip Levine, Thomas Pynchon, Gertrude Stein, Eudora Welty, Don DeLillo, Anton Chekhov, Mavis Gallant, Stanley Elkin) Part Two (James Baldwin, Henry Miller, Toni Morrison, Kurt Vonnegut Jr., Margaret Atwood, Gertrude Stein, Vladimir Nabokov) Part Three (W. Part Four (Flannery O'Connor, Charles Baxter, Joan Didion, William Butler Yeats, Lyn Hejinian, Jean Cocteau, Francine du Plessix Gray, Roberto Bolano) Joyce Carol Oates Stories come to us as wraiths requiring precise embodiments. By the time I come to type out my writing formally, I've envisioned it repeatedly. Gene Wolfe Be direct.

The Sexual Bucket List: 50 Things to Do Sexually Before You Die | Love + Sex Bucket What sexual things should everyone experience before they die? And how does someone who married young rank against those who didn't? I got married at 25 and started dating my husband seriously at 23. More from The Stir: Is He Too Small, Or Am I Too Picky? Prior to that, I was in two very serious relationships (both of which ended in engagements) over several years and those three men sum up the grand total of my sexual experience. I know I lucked out when I met Rob, so I would trade a few wild and crazy sexual experiences for the really good one of meeting my soul mate at 23 (actually, we met at 10) -- but this idea of "sexual bucket lists" does intrigue me. Ninety percent of these can be done in the context of a loving, safe marriage (like mine). 15. More from The Stir: How to Make a Sex Tape 36. How many have you done? Written by Sasha Brown-Worsham on CafeMom's blog, The Stir Image via Augapfel/Flickr

What’s next after getting better? Podcast: Play in new window | Download Why do you read personal growth materials or purchase personal growth products? If you are typical, there is something in your life you would like to improve. The meaning of “getting better” varies from person to person, but it can include relieving suffering, getting over various fears, taking action when we feel fear, stopping compulsive behavior, improving relationships, eliminating the barriers to making and saving money, stopping the negative self talk, etc. But what happens once we’ve eliminated the beliefs and conditionings that cause most of our behavioral and emotional problems? Abraham Maslow, an American psychologist, identified what he described as a hierarchy of needs. 1. 2. 3. 4. 5. Maslow argued and I agree fully that you have to progress through these five or from level three to level five. Unfortunately, tens of millions of people still exist at levels one and two, still trying to meet survival needs. Thanks for reading my blog.

When You Get Another Day | lauren zuniga