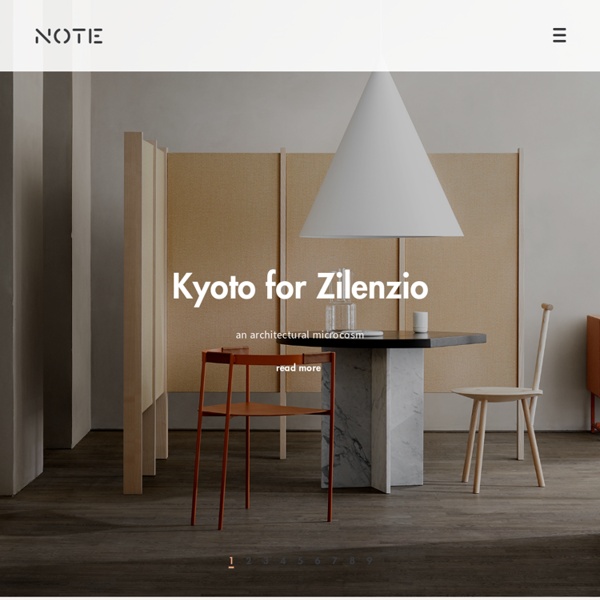 Willkommen bei Barkcloth - Intro projects Das Tuch der Könige 2014 - El Corte Ingles - Spain 2014 - Bark Acoustic Panels - Switzerland aust & amelung photos © Minu Lee What seems to be folded paper, is made out of slewed concrete. The lamps of the ‘like paper‘-series are an image of what we expect to be a paper-folded lampshade. Timber - vincenttarisien TIMBER2013Help Timber to find a manufacturer to produce the kit. Don't hesitate to share it ! A playful and customisable furniture range derived from my research on the combination of two materials — made solely from bio resin and wood. Designed to be assembled at home, each piece in the collection is entirely customisable and comes neatly packaged in a cardboard cylinder. Once the wooden frame has been assembled, a resin is poured over the mould, which sets in just a few minutes. TIMBER on domusweb.it

Kueng Caputo - Projects Travertin Bowls 2014 A Piece of Wall 2014 Material: Hand-painted leather Size: 10 x 55 x 55 cm (4 × 21.5 × 21.25 inches) Date: 2014 Never Too Much – Bowls 2013/2014 LOLA LELY STUDIO I was born in Hanoi, Vietnam, but grew up in London and Kent. From an early age I developed a curiosity about how things are made, and I believe that making is a form of thinking. Drawing, making and the explicit connections between narrative, material, process and maker are all central to my practice. My work is process and narrative-based, which means that often, if there is an outcome it is in the form of an event rather than just a product, a resting point rather than an end point. I like to work in interdisciplinary environments where new ideas are forged and knowledge is exchanged.

Projects - Raw Edges Design Studio A rich multi-colored ceramic tile collection inspired by textiles’ textures was the starting point of the new project designed for Mutina. read more “Creating a tangible texture is one of the challenges when designing ceramics tiles”, state the two young designers. “Looking around us, almost every object has its own particular texture, whether it’s a natural or a handmade material. Rather than designing new textures by ourselves, we have reached a print effect and created our reference tactile library by placing plasticine on objects and materials we thought were interesting. To our surprise , it were the textures taken from textiles which have leaded us to define the new collection Tex. The shape of the tile is a simplified enlargement of the basic knitted stitch: when looking carefully into a knitted textile, a repetition of stitches can be seen aligned in symmetric rows next to each other.