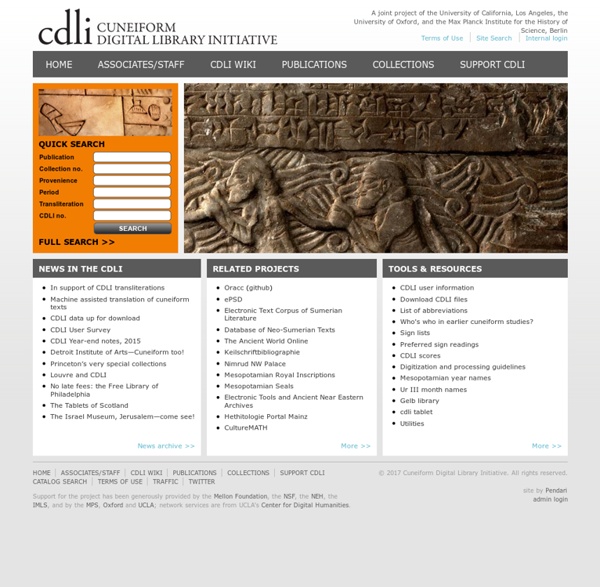 Sumerian cuneiform script and Sumerian language Sumerian was spoken in Sumer in southern Mesopotamia (part of modern Iraq) from perhaps the 4th millennium BC until about 2,000 BC, when it was replaced by Akkadian as a spoken language, though continued to be used in writing for religious, artistic and scholarly purposes until about the 1st century AD. Sumerian is not related to any other known language so is classified as a language isolate. Sumerian cuneiform Chaldea The countries around Chaldea Chaldea and neighboring countries Chaldea or Chaldaea (/kælˈdiːə/), from Ancient Greek: Χαλδαία, Chaldaia; Akkadian: māt Ḫaldu; Hebrew: כשדים‎, Kaśdim;[1] Aramaic: ܟܠܕܘ‎, Kaldo) was a small Semitic nation which emerged between the late 10th and early 9th century BC, surviving until the mid 6th century BC, after which it disappeared, and the Chaldean tribes (not to be confused with modern Chaldean Catholics) were absorbed into the native population of Babylonia. [2] It was located in the marshy land of the far south eastern corner of Mesopotamia, and briefly came to rule Babylon. During a period of weakness in the East Semitic speaking kingdom of Babylonia, new tribes of West Semitic-speaking migrants[3] arrived in the region from The Levant between the 11th and 10th centuries BC. The earliest waves consisted of Suteans and Arameans, followed a century or so later by the Kaldu, a group who became known later as the Chaldeans or the Chaldees. Land[edit]

Sumerian Mythology: Introduction Sacred Texts Ancient Near East Index Previous Next p. 1 The study of Sumerian culture introduced by the present volume, Sumerian Mythology, is to be based largely on Sumerian literary sources; it will consist of the formulation of the spiritual and religious concepts of the Sumerians, together with the reconstructed text and translation of the Sumerian literary compositions in which these concepts are revealed. It is therefore very essential that the reader have a clear picture of the nature of our source material, which consists primarily of some three thousand tablets and fragments inscribed in the Sumerian language and dated approximately 1750 B. The Chaldaick Oracles of Zoroaster (Stanley, 1661) This digital edition by Joseph H. Peterson, Copyright © 1999. All rights reserved. Note:

Babylonian Tablets Sumerians exported beer to faraway countries, even Egypt. They were the first beer drinkers. They knew how to make beer and they had raw materials. Soon there were surplus of beers and that was the reason for their beer exports. Even in modern times, the Communist bloc countries exported surpluses to other members and avoided trading with free market economies. This Babylonian clay tablet is the first map of the world. Our sixty-minute hour comes from Sumerian - News 2010 Sumerian is a dead language that is not related to any other language. Howeverr, Bram Jagersma managed to compile a grammar of the language, based on inscriptions and clay tablets. Traces of the Sumerian number system can still be seen in our sixty-minute hour. Jagersma received his PhD on 4 November.

Collection search: You searched for mesopotamia moon Registration numbers The most common type of Museum number begins with the year of acquisition. The database standardises these numbers in the form, for example: 1887,0708.2427 (year: comma: block of four numbers - usually representing a month and day: full-stop and final number). The final number can be of any length and may be followed by another full-stop and a sub-number. In some cases the same number is shared by two or more objects across departments. In some of these cases a prefix has been added before a number (e.g. Cuneiform Emerging in Sumer in the late 4th millennium BC (the Uruk IV period), cuneiform writing began as a system of pictographs. In the third millennium, the pictorial representations became simplified and more abstract as the number of characters in use grew smaller, from about 1,000 in the Early Bronze Age to about 400 in Late Bronze Age (Hittite cuneiform). The system consists of a combination of logophonetic, consonantal alphabetic and syllabic signs.[2]

Sumerian literature: ETCSL: The Electronic Text Corpus of Sumerian Literature The Electronic Text Corpus of Sumerian LiteratureCatalogues: by date | by number | in full | Website info: navigation help | site description | display conventions | recent changesProject info: consolidated bibliography | about the project | credits and copyright | links Now, I swear by the sun god Utu on this very day -- and my younger brothers shall be witness of it in foreign lands where the sons of Sumer are not known, where people do not have the use of paved roads, where they have no access to the written word -- that I, the firstborn son, am a fashioner of words, a composer of songs, a composer of words, and that they will recite my songs as heavenly writings, and that they will bow down before my words...... King Shulgi (c. 2100 BC) on the future of Sumerian literature. The Electronic Text Corpus of Sumerian Literature is based at the University of Oxford.

Sumerian The Sumerians were one of the earliest urban societies to emerge in the world, in Southern Mesopotamia more than 5000 years ago. They developed a writing system whose wedge-shaped strokes would influence the style of scripts in the same geographical area for the next 3000 years. Eventually, all of these diverse writing systems, which encompass both logophonetic, consonantal alphabetic, and syllabic systems, became known as cuneiform. It is actually possible to trace the long road of the invention of the Sumerian writing system. For 5000 years before the appearance of writing in Mesopotamia, there were small clay objects in abstract shapes, called clay tokens, that were apparently used for counting agricultural and manufactured goods. Subsequently, the ancient Mesopotamians stopped using clay tokens altogether, and simply impressed the symbol of the clay tokens on wet clay surfaces.

Legacy of Tiamat swampbarrow40000: alscientist: lion-of-babylon: Lewis chessmen Found on Lewis in 1831, the Lewis Chessmen are probably the most well-known archaeological find from Scotland. Lewis chessmen fact file Date: Produced in the late 12th and early 13th century.Found: 1831 on a beach at Uig, Lewis, Ross and Cromarty, Scotland.Made in: Probably Trondheim, NorwayMade from: Walrus ivoryDimensions: Height 60-100mmMuseum reference: H.NSOn display: Kingdom of the Scots, Level 1, National Museum of ScotlandDid you know? Up to four chessmen could be carved from one walrus tusk. Where were the chessmen discovered? The precise findspot seems to have been a beach at Uig in Lewis, where they may have been placed in a small, drystone chamber.

Sumerian Lexicon Logogram Publishing is publishing version 4 of the Sumerian Lexicon in both softcover and hardcover. The finished book, with an official publication date of December 10, 2006, has 6,400 entries in 336 pages. Where version 3 drew upon 36 sources, version 4 draws upon 96 sources. The printed books have arrived from the printer. Here is an early review from Gebhard J.