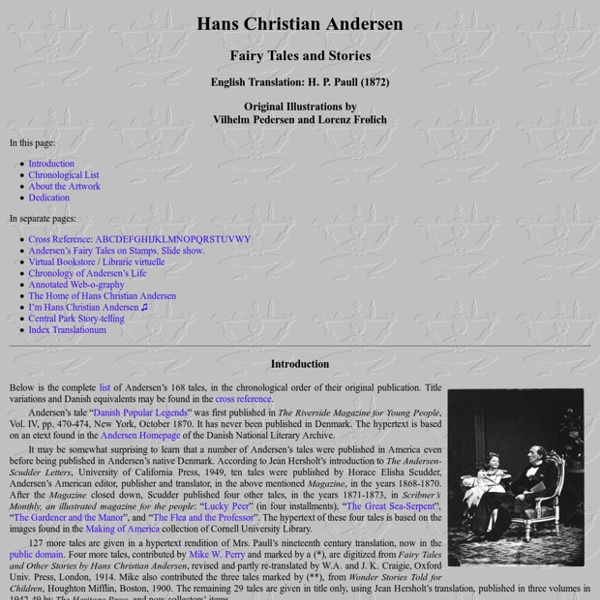 4228.0 - Aspects of Literacy: Assessed Skill Levels, Australia, 1996 COMPARABILITY OF TIME SERIES WITH 2011-2012 PROGRAMME FOR THE INTERNATIONAL ASSESSMENT OF ADULT COMPETENCIES (PIAAC), cat. no. (4228.0) A new product has been released in this series of international surveys of adult literacy skills. PIAAC 2011-2012 is the third survey of international comparisons of adult literacy skills conducted in Australia and is preceded by the Adult Literacy and Life Skills Survey (ALLS) 2006 and Survey of Aspects of Literacy (SAL) 1996 (internationally known as the International Adult Literacy Survey (IALS)). Data previously released in the ALLS and SAL publications are not directly comparable with PIAAC data. The reasons for this are: The literacy and numeracy scores previously published for ALLS and SAL have been remodelled to make them consistent with PIAAC.

List of fairy tales A modern definition of the fairy tale, as provided by Jens Tismar's monologue in German, is a story that differs "from an oral folk tale"; is written by "a single identifiable author"; can be characterised as "simple and anonymous"; and exists in a mutable and difficult to define genre with a close relationship to folktales.[1] Jump up ^ Zipes, xvJump up ^ Laura Gibbs (July 12, 2003). "Don Giovanni de la Fortuna". Mythfolklore.net.

wamogodemo [licensed for non-commercial use only] / Maslow's Demo Page In the comment box at the bottom of the above page write one paragraph in which you make a connection between the hierarchy and The Road. Be sure to check out the video. Hierarchy of Needs Graphic File Maslow's HierArchy Powerpoint Videos HowStuffWorks "Structural Effects Put Your Feet Together: Building Meter There really is no limit to the number of syllables that can be contained in a foot. A poet could even create a meter that has ten syllables in each foot if he or she wanted to. Most feet, however, are made up of four or fewer syllables. Magical Fairytales - Eugenio Recuenco (10 photos) Eugenio Recuenco is an award-winning fashion photographer from Spain. His unique style has been referred to as "cinematographic" and "pictorial" and his work has been featured in magazines such as Vogue and Twill. Eugenio Recuenco

Road To Grammar - Text Analysis Tool Copy and paste a block of text into the box below and click SUBMIT to analyze it. longer vocabulary list What does the Text Analyzer do? Assonance Examples Many examples of assonance can be found in prose and poetry. Assonance is the repetition of vowel sounds in nearby words. It is used to reinforce the meanings of words or to set the mood. Setting the Mood with Assonance In this example by Carl Sandburg, in Early Moon, the long “o” sounds old or mysterious. “Poetry is old, ancient, goes back far.

Childrens Story Posters Classic Children’s Stories Vol. 1 Also available without text Related Work / Illustrations by Walter Crane Walter Crane (1845-1915) Great Britain From The Encyclopædia Britannica Eleventh Edition (1910–1911): English artist, second son of Thomas Crane, portrait painter and miniaturist, Walter Crane was born in Liverpool on the 15th of August 1845. The family soon removed to Torquay, where the boy gained his early artistic impressions, and, when he was twelve years old, to London. He early came under the influence of the Pre-Raphaelites, and was a diligent student of Ruskin.

Albert Camus - Banquet Speech Albert Camus' speech at the Nobel Banquet at the City Hall in Stockholm, December 10, 1957 (Translation) In receiving the distinction with which your free Academy has so generously honoured me, my gratitude has been profound, particularly when I consider the extent to which this recompense has surpassed my personal merits. The Evolution of Snow White: ‘Magic Mirror, on the Wall, Who Is the Fairest One of All?’ “We owe it to each other to tell stories.” — Neil Gaiman, Locks (1999) 2012 has seen a minor war of adaptations of the classic fairy tale, “Snow White.” Tarsem Singh’s Mirror Mirror and the forthcoming release from director Rupert Sanders, Snow White and the Huntsman, have been pitted against one another since the two films were announced, despite the disparity between the films’ targeted audiences. A renewed interest in “Snow White” is hardly surprising, given its main themes of adolescent sexuality, witchcraft, ritualistic cannibalism, and a murderous rivalry. Indeed, “Snow White” has been reinvented time and time again.