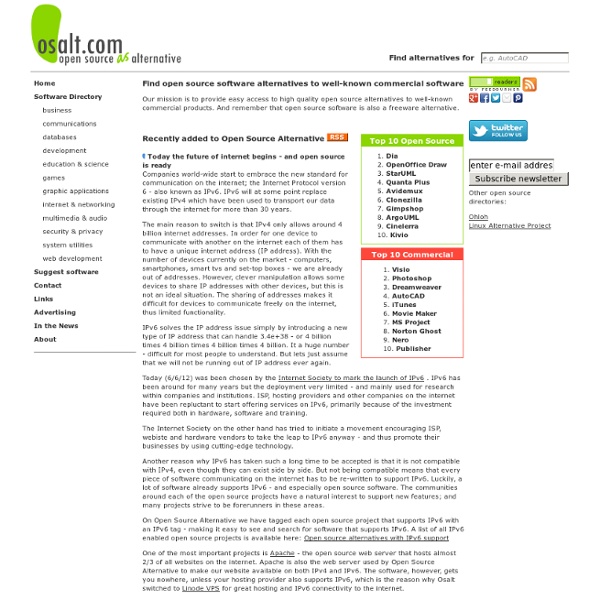 Welcome to Freecode – Freecode Free Computer, Programming, Mathematics, Technical Books, Lecture Notes and Tutorials Mega Collection Of Cheatsheets for Designers And Developers Cheatsheets and various quick reference guides are available for almost any type of software and language these days. Unfortunately they’re not always easy to find when you actually need them. This is why I decided to take some time to gather up as many as possible and share them with you here! Hopefully this can be a timesaver for you, along with teaching you a new trick or two. The resources have been divided into various categories to make them easier to find. Below are more than 100 cheat sheets and reference cards for the following topics: CSS3 Cheat Sheet ↓ CSS2 Visual Cheat Sheet ↓ CSS Cheat Sheet (V2) ↓ Css Property Index ↓ BluePrint CSS ↓ HTML 5 Cheat Sheet ↓ HTML5 Canvas Cheat Sheet ↓ HTML5 Glossary ↓ HTML Character Entities Cheat Sheet ↓ Color Codes Matching Chart HTML (Convert CMYK, RGB Hex) ↓ Javascript JavaScript Cheat Sheet ↓ Javascript DOM ↓ JavaScript Reference Card ↓ jQuery 1.4 API Cheat Sheet ↓ jQuery selectors ↓ jQuery 1.3.2 ↓ jQuery 1.3 ↓ jQuery 1.2 ↓ Mootools 1.2 Cheat Sheet ↓ MySQL

As Technology Gets Better, Will Society Get Worse? - The New Yorker Imagine that two people are carving a six-foot slab of wood at the same time. One is using a hand-chisel, the other, a chainsaw. If you are interested in the future of that slab, whom would you watch? This chainsaw/chisel logic has led some to suggest that technological evolution is more important to humanity’s near future than biological evolution; nowadays, it is not the biological chisel but the technological chainsaw that is most quickly redefining what it means to be human. The devices we use change the way we live much faster than any contest among genes. Assuming that we really are evolving as we wear or inhabit more technological prosthetics—like ever-smarter phones, helpful glasses, and brainy cars—here’s the big question: Will that type of evolution take us in desirable directions, as we usually assume biological evolution does? Some, like the Wired founder Kevin Kelly, believe that the answer is a resounding “yes.” But, in the main, the Oji-Cree story is not a happy one.

Joomla! Coding Standards Introduction Good coding standards are important in any software development project. These standards are even more important when a large, diverse and worldwide community of developers are contributing to a project. One of the things that sets good software apart from great software is not only the features or the actual function the software performs, but the quality of its source code. In order to perform in the highly competitive Open Source and proprietary software industries, source code not only needs to be beautifully designed, it also needs to be beautiful and elegant to look at. Guiding Principles Since readable code is more maintainable, the compass that guides us in achieving that goal is a set of well thought out coding standards for the different software languages that are employed in the Joomla software project. The Joomla Coding Standards borrows heavily from the PEAR coding standard for PHP files, augmenting and diverging where it is deemed sensible to do so.

Stanford researchers outsmart captcha codes (PhysOrg.com) -- Stanford researchers say that captcha security codes, asking Internet sign-up users to repeat a string of letters to prove the users are human, can be thwarted, and they have successfully defeated captcha at big name sites such as Visa, CNN, and eBay as proof. In fact, they found that thirteen out of 15 high-profile sites were vulnerable to automated attacks. Captcha stands for Completely Automated Public Turing Test to tell Computers and Humans Apart. This is a test that a Carnegie Mellon University computer science graduate student and his advisor created in 2000 as a security tool to safeguard web sites from automated bot attacks and spammers. Simply put, the test was supposed to be passable by humans, not machines. The researchers Elie Bursztein, a postdoctoral researcher at the Stanford Security Laboratory, Matthieu Martin, and John C. “As we substantiate by thorough study, many popular websites still rely on schemes that are vulnerable to automated attacks.

scripty2: for a more delicious web June 26th, 2009 The script.aculo.us 2 alpha is out! Check it out now at scripty2.com. As you would expect, it brings a lot of change and new features. scripty2: for a more delicious web As the effects framework forms the base for all the eye candy in any UI elements, it’s the logical first step towards a complete scripty2. scripty2 will consist of three parts: scripty2 fx: the framework for DOM/CSS-based visual effectsscripty2 ui: user interface behaviours (not in right now)scripty2 core: helpers for a more delicious developer experience Alpha! In this release, the focus has been on the effects engine, with the UI parts still pending a rewrite (there will be a lot of really cool stuff coming for the UI part, but more about that later). Even in alpha, the effects engine can now do so much more, with less code to write. And we’re actually using it in our own live projects, like twistori and freckle time tracking, so it’s pretty damn stable already. Docs, Docs, Docs A rewrite?! Yes, it’s all new.

Stallman: Did I say Jobs was evil? I meant really evil High performance access to file storage According to the bearded firebrand, the important thing to remember about Jobs is how he directed those who are still alive: the billionaire iPhone baron told Apple staff to "make general purpose computers with digital handcuffs more controlling and unjust than ever before". "He designed them to refuse even to let users install their own choice of applications — and installing free (freedom-respecting) applications is entirely forbidden," wrote Stallman. "He even tried to make it illegal to install software not approved by Apple." In Stallman's opinion, Jobs' achievement of making his computers smooth and pleasurable only masked their true nature: Jobs saw how to make these computers stylish and smooth. And responsibility for one of technology's greatest challenges lies at Steve's feet: the ongoing patent wars, a situation that Stallman sees as a by-product of Jobs' rage towards Android. We look forward to more Bootnote

Modkit and the Kickstarter Campaign - News by zagGrad | September 22, 2010 | 28 comments We're suckers for creative ideas that will help bring new people to the world of physical computing. So when we heard about Modkit we were all over it! In their own words: Modkit is an in-browser graphical programming environment for little devices called embedded systems. In our own words: it's awesome! Modkit can be used to program Arduino, and they're working to integrate different shields into the included code blocks. The creators of Modkit are currently searching for funding. We think Modkit is a great idea coming from great people.