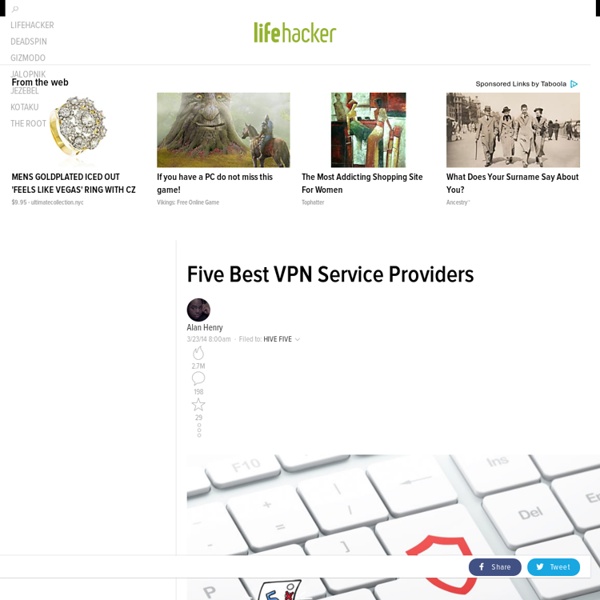 Anonymity, Darknets and Staying Out of Federal Custody, Part Three: Hidden Services Anonymity, Darknets and Staying Out of Federal Custody, Part Three: Hidden Services For a moment, picture a situation where you want to host some files or images, but you do not want it traced back to you. Perhaps you're working on a project with others and need secure data storage. In the last article, we spent some time going over the concepts of onion routing and how it can be useful to you. Tor Hidden Services A Tor hidden service is simply a web server that runs locally and only takes requests from inside the Tor network. Due to the nature of hidden services being anonymous to a degree, the content can be extreme. Setting Up Your Own Hidden Service If you have gotten this far in my series, you are probably interested in setting up your own service. Step 1 Get the Tor Client In the previous article, we downloaded and used the Tor browser bundle. After we're finished, we have the Tor client running on a default port of 9050 and are ready to go! Step 2 Set Up Your Web Server $ sudo . Tip

Tor vs. I2P: The Great Onion Debate Tor vs. I2P: The Great Onion Debate In my recent Darknet series, I attempted to connect the dots on the Deep Web. I covered the two largest anonymity networks on the Internet today, Tor and I2P. While my initial four articles were meant as an introduction, I ended up receiving a lot of interesting comments and messages asking the technical differences between the two. With this article, I am going answer those questions and better explain the pros and cons of each, breaking down the networks, pitfalls, and things you should know to be safe. Back to Onions Tor and I2P are both anonymizing networks, allowing people to tunnel out of their open and non-secure environments. As a quick recap, onion routing involves wrapping your packets in multiple layers of encryption, in a system where each router that passes it along only has the key to decrypt its layer and none of the others. Tor Tor has been around quite a while longer then I2P. I2P was designed with the internal network in mind. See Also

Anonymity, Darknets and Staying Out of Federal Custody, Part One: Deep Web Anonymity, Darknets and Staying Out of Federal Custody, Part One: Deep Web You've probably seen those deep-web images floating around on the Internet. Usually, it goes something like this: There is a towering iceberg and the deeper the underwater portion extends, the more “hidden” and “exotic” the content is described to be. Sometimes these images are accurate to a point, but most are just making things up. So what exactly is 'deep web' then? In this series of articles, I am going to break down the idea of a deep web, what is it, how it got there, and most importantly, how we can use it for our security—maybe even for lulz. Anonymity and Darknets As it stands today, practical knowledge of how darknets (non-indexed portions of the Internet) function will allow you to make more informed decisions regarding risks when rooting a box, hiding files, or communicating securely. The idea is to have enough masking, while maintaining a level of usefulness. First though, we need to talk about Google.

Anonymity, Darknets and Staying Out of Federal Custody, Part Two: Onions and Daggers Anonymity, Darknets and Staying Out of Federal Custody, Part Two: Onions and Daggers In the first part of this series, we learned about darknets, as well as how they came about. But these patches of forgotten Internet are not the oasis of free information you might think. Despite being hidden—or just harder to come across—these networks are no more safe then anywhere else on the 'clear' Internet. Enter Tor and Onion Routing Simple traffic analysis and deep packet inspection can give up what you are sending, where you are sending it, where it is coming from and who it is going to. Tor works on the idea of onion routing. When you wish to send some data on the network, your node calculates a path though all the running nodes, and wraps your data in that many layers of encryption. The figure below illustrates how each layer of the "test" packet is peeled away one at a time on its way to the web server. Exit Nodes and Escaping Content Filtering Firewalls Why Aren't We All Using Tor Then!? tl;dr

Editor Picks: The Top 10 Secret Resources Hiding in the Tor Network Editor Picks: The Top 10 Secret Resources Hiding in the Tor Network We've talked about the deep web before, but we never really covered the details of what's out there. It occurred to me that a nice list of resources would be very helpful to all of you anons out there. However, I should warn you—the deep web is a vast, often uncharted and unpoliced area. Getting Ready Okay, your Tor Bundle is all set up and your looking at the welcome screen (below). Now that we are all set up and current, where do we go? We've talked about the darknet, as well as Tor already, so it is assumed in this article that you have already gotten to the point where you can freely browse and use these services. Remember how this operates—any normal address you type in will work, and your IP address will show whatever appears above (I edited mine out to stave away the party van) in server logs and such. The Silk Road Tor Mail The Hidden Wiki TorDIR Core.Onion

Now you can legally edit your online history Google suffered a blow to their aim of owning each last morsel of information on the internet when the EU ruled that the tech behemoth must remove any personal data held on people that is deemed "inadequate, irrelevant, or no longer relevant". The decision means that individuals will be able to request that the search engine removes links about them which provide information that they do not want to be known – ensuring their "right to be forgotten". Google and free speech activists have reacted with outrage, claiming that this severely reduces freedom of speech, as well as allowing internet users to edit their history and restructure the digital footprint that they've left on the online world. The court's decision was made after a Spanish man requested that notice of his house being repossessed was removed from a major news website: he'd paid the debts, so why was the information relevant anymore? That news article about the time you drove into a supermarket while off your face?