What If Everyone JUMPED At Once? 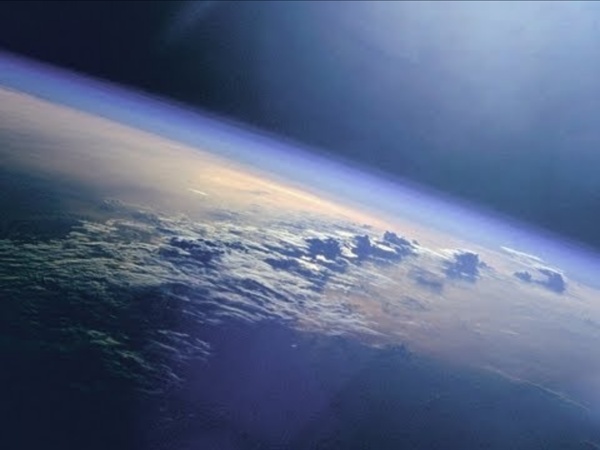 Las relaciones sociales entre individuos son… Video Shows What Happens To Hamburger In Stomach Acid It’s become a bit of a fad to experiment with junk food, for example leaving out burgers and fries from Maccy D’s for months on end just to see what happens (not a lot, as it turns out). Now, as part of a series of experiments to showcase the effects of various elements and chemicals, researchers from the University of Nottingham decided to see how a McDonald’s burger would fare when dunked into concentrated hydrochloric acid. And it’s preeeeeetty disgusting: Hydrochloric acid is found in your stomach, and is involved in the digestive process. While the burger in the video turns into a stomach churning black sludge, it isn’t fully broken down.

I'm Just Saying || Spoken Word Poetry by Michael Anthony Like cling wrap, new biomaterial can coat tricky burn wounds and block out infection Note to journalists: Please report that this research will be presented at a meeting of the American Chemical Society. SAN FRANCISCO, Aug. 10, 2014 — Wrapping wound dressings around fingers and toes can be tricky, but for burn victims, guarding them against infection is critical. Today, scientists are reporting the development of novel, ultrathin coatings called nanosheets that can cling to the body’s most difficult-to-protect contours and keep bacteria at bay. The researchers are speaking about their materials, which they’ve tested on mice, at the 248th National Meeting & Exposition of the American Chemical Society (ACS), the world’s largest scientific society. The meeting features nearly 12,000 presentations on a wide range of science topics and is being held here through Thursday. Yosuke Okamura, Ph.D., explains that existing wound dressings work well when it comes to treating burns on relatively flat and broad areas.

Lynne Procope performs at the Urbana 10th Anniversary Party Dazzling Beams of Light Map Invisible Wi-Fi Networks Wireless networks are normally invisible to the human eye, but a magic touch of creative photography can turn them into vibrant and colorful beams of light. With the help of an instrument called the Kirlian Device, Luis Hernan, a Ph.D. student of architecture and interaction design at Newcastle University in the United Kingdom, has found a way to breathe digitalized life into invisible wireless networks, creating colorful and ghostly images. So, how does it work? The Kirlian Device constantly scans for wireless networks and translates signal strength into LEDs (light-emitting diodes). The instrument then captures the networks using long-exposure photography, mapping them as vibrant beams of light. "Through these colors, you can see how the wireless network is behaving," Hernan told Live Science. "The idea is that the colors allow you to see the differences in signal strength," he said.

Testing acid alkaline pH balance in the morning Retailers Who Take Bitcoin Love It If you've been following the news about Bitcoin, you've probably come away with the idea that the currency is unstable, potentially lucrative and more of a novelty than an actual payment method that people use on a daily basis. Retailers who take Bitcoin say something different. For them, the currency is a viable, preferable alternative to credit cards that don't carry the same risk of fraud and have lower transaction fees. Merchants say bitoin payments aren't a huge part of their business, but the niche is growing steadily. "It's really been fantastic," says Chris Nichols, CEO of GameTimeZone, an online seller of games and gaming consoles. GameTimeZone began taking bitcoin payments last October. "It's limited to a very small community of tech-savvy people," says Vinny Lingham, CEO and cofounder of online gift card service Gyft, which First Data bought last week for an undisclosed sum It's not growing as fast as people would like. It's not growing as fast as people would like.

Underwater Ocean Turbines: A New Spin on Clean Energy? A new technology that harnesses the power of ocean currents could provide a clean and limitless form of renewable energy, some scientists say. A group of scientists and engineers who describe themselves as "nerds in wetsuits and flippers" has launched a crowdfunding campaign, called Crowd Energy, to do just that. Their idea is to use giant underwater turbines to capture the energy from deep-ocean currents, such as the Gulf Stream off the coast of Florida. While energy generated from these turbines may not be able to completely replace fossil fuels, as the group claims, the devices could still be an important source of clean energy, experts say. [See images of ocean turbine prototypes] Ocean currents are one source of natural energy that no one has tapped before, either because they weren't aware of it or didn't have the technology to capture it, said Todd Janca, founder of Crowd Energy, and the man behind the idea to develop ocean turbines. Clean currents Limitless energy? First, do no harm

Got Jet Lag? Food Choices Can Help -- And Here's How, According To New Study Has science found a new way to beat jet lag? A new study adds to a growing body of evidence that what you eat may affect your internal circadian rhythms -- the built-in "biological clock" that determines when you feel sleepy and when you're wide awake. Ordinarily, the human biological clock is in sync with a standard 24-hour day. Traveling across time zones can throw it out of whack -- as legions of jet-lagged travelers know all too well. For their study, the researchers switched a group of 16 mice from a nighttime feeding schedule to a daytime feeding schedule. Half of the mice were injected with a compound called S961, which blocks the activity of insulin. What happened? Other studies have shown that when you eat and what you eat affect your biological clock. “This is just saying that we are looking at food as a strong regulator of circadian rhythm and [if we understand] exactly how it works … we can take advantage of this,” Dr.