GraphJam: Music and Pop Culture in Charts and Graphs. Let us explain them. 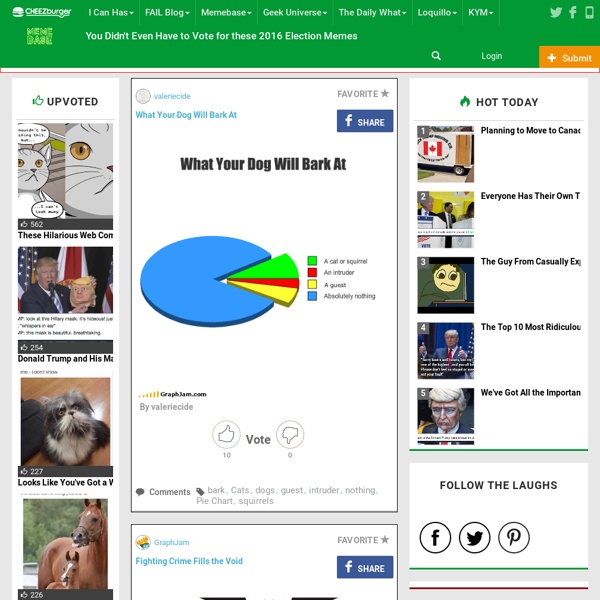 Comixed - 4 panel comic strip (yonkoma or 4koma) Most Upvoted 985 votes Your Sweet Sweet Tears Will Give Me Strength in Battle 732 votes How To Access THE HIDDEN WIKI (Deep web, secret Internet) (Some of this was copied from BB.com, I'm just bringing it to TBN) For those who don't know, the deep web represents a gargantuan part of the internet which is not accessible through regular searches via google or other search engines. Searching on the Internet today can be compared to dragging a net across the surface of the ocean. While a great deal may be caught in the net, there is still a wealth of information that is deep, and therefore, missed. The reason is simple: Most of the Web's information is buried far down on dynamically generated sites, and standard search engines never find it.

E-mails from an Asshole Dishwasher Confusion Posted at: 2010-10-21 09:16:27 Original ad: I need a dishwasher dont care what color so long as it is a good working dishwasher that is cheap. I have a truck and can pick it up if necessary. From me to ********@*********.org: Hello! Dickonomics: How 5 Everyday Businesses Trick You Ah the mall, the Mecca of North American culture. What makes it, and its shops, so enticing that people will refuse to stop shopping for anything, even at the risk of being consumed by flames? "We just got a shipment of half-a-dozen Wiis in, now if you could all line up in an orderly fashion..." Rats in a Maze Part 2 Like the supermarket, malls aren't actually designed for convenience, but to force you to do as much walking past as many storefronts as possible.

37 Ways to Tie a Scarf Hello there! Welcome to The Knot Library. Are you ready to knot, twist, tie, tuck, loop, braid, fold, and fluff with Scarves Dot Net? Life is pretty normal today Today at Goodwill, I sat on a couch waiting while my Aunt was shopping. A cute guy came over and said, "Since you're sitting there, I'll have to put a price tag on you." I said "Go ahead" But he only smiled and walked away. MLIA.

5 Superpowers You Didn't Know Your Body Was Hiding From You Those motivational speakers are right: You are capable of amazing things. You wouldn't know it, because 99 percent of the time your body or brain hides these superpowers from you. Sure, they say there's a good reason, but we're not sure we're buying it. Dammit, we want our... You may have heard urban legends about "the lady who was able to lift a whole car in an emergency" but, believe it or not, it's not just a legend. They're talking about Angela Cavallo, whose son was working on the suspension of a 1964 Impala, when the car slipped off of the jack and trapped him in the wheel well.