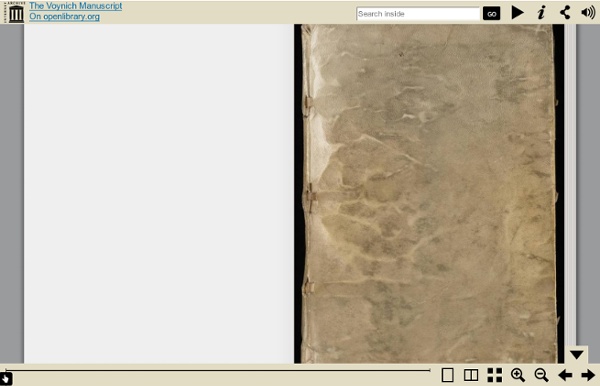 Jean-Jacques Olier - Mason, anti Christian, Rosecrucian Jean-Jacques Olier, S.S. (20 September 1608 – 2 April 1657) was a French Catholic priest and the founder of the Sulpicians. He helped to establish the Société Notre-Dame de Montréal, which organized the settlement of a new town called Ville-Marie (now Montreal) in the colony of New France. Early life[edit] Olier was born in Paris, but the family moved to Lyon, where his father had become a judge. Ancient Aliens Debunked Chris White hopes to demonstrate to you that Ancient Aliens series are not wrong on just some information, but on every single point where they assert the Ancient Astronaut theory to explain evidence. He also hopes to demonstrate the often deceptive means they use to convey their ideas, which includes them fabricating evidence to substantiate their points. Ancient Aliens Debunked is a 3 hour refutation of the theories proposed on the History Channel series Ancient Aliens. It is essentially a point by point critique of the "ancient astronaut theory" which has been proposed by people like Erich von Däniken and Zecharia Sitchin as well as many others. The film covers topics like ancient building sites: Puma Punku, The Pyramids, Baalbek, Incan sites, And Easter Island.

Roots of the Hermetic Order of the Golden Dawn by Terry Melanson (26/4/2009) [Author’s note: My initial speculation was warranted, it seems; additional corroboration in the following post (and comments): “Was Jacob Frank a Rosicrucian?“] The Golden Dawn – of Mathers, Westcott, Crowley fame – has gone Web 2.0. Some of the most revealing posts on their blogs, are: The Golden and Rosy Cross Worn by International Golden Dawn Imperator, David Griffin; The Red and Golden Cross; and significantly, The Sabbatian Qabalah and its relation to the Golden Dawn.

Hermetic Order of the Golden Dawn The three founders, William Robert Woodman, William Wynn Westcott, and Samuel Liddell MacGregor Mathers were Freemasons and members of Societas Rosicruciana in Anglia (S.R.I.A.).[5] Westcott appears to have been the initial driving force behind the establishment of the Golden Dawn. The Golden Dawn system was based on hierarchy and initiation like the Masonic Lodges; however women were admitted on an equal basis with men. The "Golden Dawn" was the first of three Orders, although all three are often collectively referred to as the "Golden Dawn". The First Order taught esoteric philosophy based on the Hermetic Qabalah and personal development through study and awareness of the four Classical Elements as well as the basics of astrology, tarot divination, and geomancy. The Second or "Inner" Order, the Rosae Rubeae et Aureae Crucis (the Ruby Rose and Cross of Gold), taught proper magic, including scrying, astral travel, and alchemy.

Bøker og forfattere som omtaler Atlantis this below feels right acc. to what my intuition, but remark it is channeled: The Golden Age link to this down as upread mp3 audio- ca 2x30min We tell you in fact that the Golden Period of Atlantis was the highest level of Light Consciousness ever achieved on the Earth Plane in any advanced civilization;, higher than LeMuria, higher than Mu, higher than Rama, higher than Ignacious. It has become somewhat fashionable to consider LeMuria as being the utopian civilization, and though they did achieve a relatively short lived phase of high consciousness, most in that era were not truly in physical bodies, rather in deviclike etheric states, and did not face the difficulties required of the physical earth stage. Indeed LeMuria never achieved the highly advanced level that existed in that Golden Phase of Atlantis from 40,000 BC to 18,000 BC.

Rudolf Steiner - Golden Dawn member, appointed as head of Theosophy Germany & Austria by Besant Rudolf Joseph Lorenz Steiner (27(25?) February 1861[3] – 30 March 1925) was an Austrian mystic,[4] philosopher, social reformer, architect, and esotericist.[5][6] Steiner gained initial recognition at the end of the nineteenth century as a literary critic and published philosophical works including The Philosophy of Freedom. At the beginning of the twentieth century, he founded an esoteric spiritual movement, anthroposophy, with roots in German idealist philosophy and theosophy; other influences include Goethean science and Rosicrucianism. In the first, more philosophically oriented phase of this movement, Steiner attempted to find a synthesis between science and spirituality;[7] his philosophical work of these years, which he termed spiritual science, sought to apply the clarity of thinking characteristic of Western philosophy to spiritual questions,[8]:291 differentiating this approach from what he considered to be vaguer approaches to mysticism. Biography[edit] Social reform[edit]

Phenomenal Travel Videos Read the full story here: Here is one of the most famous haunted locations in Florida, called the Devil’s Tree. I am Praveen Mohan and this is located in Oak Hammock Park in Port St Lucie. This oak tree is said to be owned by Devil himself, and is impossible to cut it down. Unlike most urban legends, this tree has a very real story behind it. On January 8, 1971 a cop by the name of Gerard John Schaefer finds two teenagers hitchhiking the town. William Stukeley - Freemason - he linked the Zodiac to ISIS William Stukeley FRS, FRCP, FSA (7 November 1687 – 3 March 1765) was an Anglican clergyman and English antiquarian who pioneered the archaeological investigation of the prehistoric monuments of Stonehenge and Avebury. He was friends with Isaac Newton and was among Newton's first biographers. Stukeley was also involved with Freemasonry and instrumental in British scholarship's acceptance of Charles Bertram's forged Description of Britain. Despite his Anglican faith and church offices, he was ordained as a "druid" and was a leading figure in Neo-Druidry. Nonetheless, he has been remembered as "probably... the most important of the early forerunners of the discipline of archaeology"[1] for his habit of going out personally to examine and explore ancient sites. Life and work[edit]

Johannes Valentinus Andreae - founder of 16th century Rosecrucianism Johannes Valentinus Andreae (August 17, 1586 – June 27, 1654), a.k.a. Johannes Valentinus Andreä or Johann Valentin Andreae, was a German theologian, who claimed to be the author of an ancient text known as the Chymische Hochzeit Christiani Rosencreutz anno 1459 (published in 1616, Strasbourg, as the Chymical Wedding of Christian Rosenkreutz). This became one of the three founding works of Rosicrucianism, which was both a legend and a fashionable semi-cult across Europe in this period. Andreae was a prominent member of the Protestant utopian movement which began in Germany and spread across northern Europe and into Britain under the mentorship of Samuel Hartlib and John Amos Comenius. 10 facts about the Anunnaki 10 facts about the Anunnaki The AC team brings you 10 facts about the Anunnaki. In many depictions of the Anunnaki, we can see strange objects worn by “those who came from the stars”, one of the most interesting examples are “wrist watches” which appear in almost every single depiction of the Anunnaki. The Sumerians were the first people who started building actual cities, organised using actual city grids like we see in modern day cities around the world, according to the Ancient Alien theory, the Anunnaki transferred this knowledge to ancient man.In the 19th century archaeologists exploring the ancient ruins of Nineveh discovered 22,000 clay tablets which are directly connected to the Anunnaki.In 1976 author Sitchin published his personal translations of the Sumerian texts in a series of books called “The Earth Chronicles“. According to Sitchin the clay tablets describe an alien race known as the Anunnaki who came to Earth to mine gold.Gold reflects infrared light. By ancient-code.com

Eirenaeus Philalethes Eirenaeus Philalethes (the peaceful lover of truth) was a 17th-century alchemist and the author of many influential works. These works were read by such luminaries as Isaac Newton, John Locke, and Gottfried Wilhelm Leibniz. Newton's extensive writings on alchemy are heavily indebted to Philalethes, although Newton incorporated significant modifications as well. Identity[edit] Works[edit]