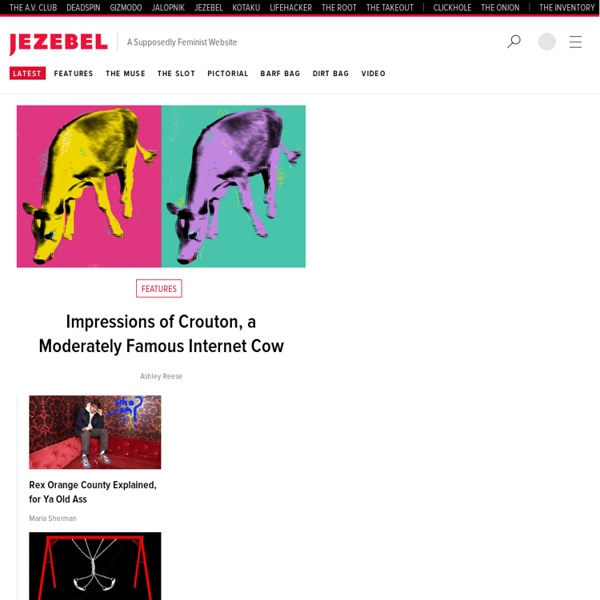 Shakesville The Pursuit of Harpyness - As narrated by the most charming and vicious women on the internet Our Bodies Our Blog In defense of the sanctimonious women's studies set. On Monday night, Donald Trump’s wife Melania touched hearts as she addressed the Republican National Convention, sharing the lessons she learned growing up as a black girl on the South Side of Chicago. As first spotted by journalist Jarrett Hill, Melania’s speech bore more than a passing resemblance to another speech at another convention about eight years ago — Michelle Obama’s 2008 address to the Democratic National Convention. The cribbed portion discussed the values that Michelle and Melania apparently share, including working hard for what you want in life and keeping your word. Read more → I apologize for Feministe’s long, long radio silence, and I hate that this is the occasion to break it. Read more → [Content note: mentions of transphobia and child sexual abuse] While Feministe has been down, an issue erupted in North Carolina about where trans people are allowed to pee. Here are some highlights, if somehow you missed it while you were missing us. Read more → Calm down. Read more →

Ms Magazine Blog NEWSFLASH: N.Y. Fast-Food Workers to Get $15 Minimum Wage by Julia Robins · July 24, 2015 · 1 Comment “You cannot live and support a family on $18,000 in the State of New York, period,” said New York Gov. Andrew Cuomo (D) this week. “That’s why we have to raise the minimum wage.” No Comment: Target’s “Trophy” T-Shirt Is Sexist by Julia Robins · July 23, 2015 · 5 Comments Target is selling a shirt with the word “Trophy” printed across the front in big, bold letters—in its juniors section. (!) Becky Hammon Kicks Ass as NBA Summer League Coach