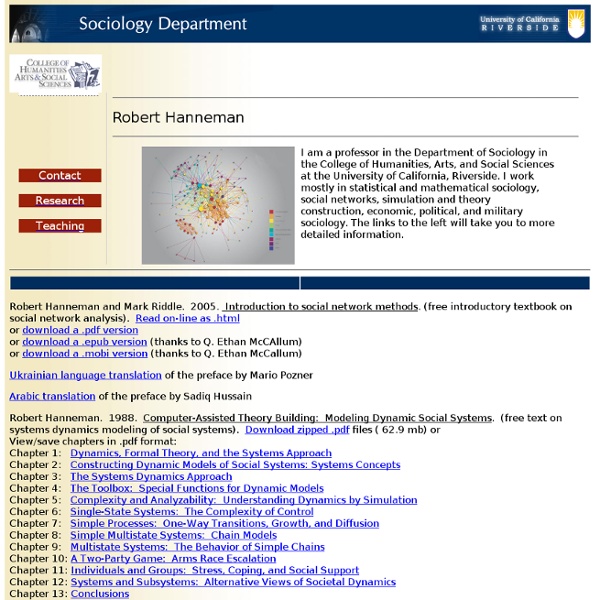 Twitter's original drawing BioMed Central | Full text | Multi-agent systems in epidemiology: a first step for computational biology in the study of vector-borne disease transmission Philosophy of this model Earlier individual-based systems [14,34] were quite complex and used the computational framework to produce very complicated models. The main target of these models was to make predictions about possible future dynamics of a given disease. Additional file 1. Format: PDF Size: 104KB Download file This file can be viewed with: Adobe Acrobat Reader Our epidemiological framework was inspired by the classical model proposed first by Kermarck and McK-endrick [35] and most popularized by Anderson and May [3]. This model could be analyzed in both ways : (i) a conceptual way to study, for instance, the structure of spatio-temporal dynamics of vector-borne diseases and (ii) an applied way by integrating real data, from a GIS for instance, which allow us to track, and eventually to predict, the spatio-temporal dynamics of a given disease in a given environment, like West Nile Fever in Southern France for instance. Components of the multi-agent system Figure 1. Parasite Host

The original proposal of the WWW, HTMLized A hand conversion to HTML of the original MacWord (or Word for Mac?) document written in March 1989 and later redistributed unchanged apart from the date added in May 1990. Provided for historical interest only. This document was an attempt to persuade CERN management that a global hypertext system was in CERN's interests. Other versions which are available are: ©Tim Berners-Lee 1989, 1990, 1996, 1998. This proposal concerns the management of general information about accelerators and experiments at CERN. Overview Many of the discussions of the future at CERN and the LHC era end with the question - ªYes, but how will we ever keep track of such a large project? It then summarises my short experience with non-linear text systems known as ªhypertextº, describes what CERN needs from such a system, and what industry may provide. Losing Information at CERN CERN is a wonderful organisation. A problem, however, is the high turnover of people. Where is this module used? Linked information systems

model transmission vectorielle, application écon Abstract The paper presents the optimal control applied to a vector borne disease with direct transmission in host population. First, we show the existence of the control problem and then use both analytical and numerical techniques to investigate that there are cost effective control efforts for prevention of direct and indirect transmission of disease. Keywords Epidemic model; Optimal control; Pontryagin’s Maximum Principle; Numerical simulation Copyright © 2011 Elsevier Ltd.

Derrick de Kerckhove Derrick de Kerckhove (born 1944) is the author of The Skin of Culture and Connected Intelligence and Professor in the Department of French at the University of Toronto, Canada. He was the Director of the McLuhan Program in Culture and Technology from 1983 until 2008. In January 2007, he returned to Italy for the project and Fellowship “Rientro dei cervelli”, in the Faculty of Sociology at the University of Naples Federico II where he teaches "Sociologia della cultura digitale" and "Marketing e nuovi media". He was invited to return to the Library of Congress for another engagement in the Spring of 2008.[1] He is research supervisor for the PhD Planetary Collegium M-node[2] directed by Francesco Monico. Background[edit] De Kerckhove received his Ph.D in French Language and Literature from the University of Toronto in 1975 and a Doctorat du 3e cycle in Sociology of Art from the University of Tours (France) in 1979. Publications[edit] Other works[edit] References[edit] External links[edit]

SweoIG/TaskForces/CommunityProjects/LinkingOpenData - ESW Wiki News 2014-12-03: The 8th edition of the Linked Data on the Web workshop will take place at WWW2015 in Florence, Italy. The paper submission deadline for the workshop is 15 March, 2015. 2014-09-10: An updated version of the LOD Cloud diagram has been published. The new version contains 570 linked datasets which are connected by 2909 linksets. New statistics about the adoption of the Linked Data best practices are found in an updated version of the State of the LOD Cloud document. 2014-04-26: The 7th edition of the Linked Data on the Web workshop took place at WWW2014 in Seoul, Korea. Project Description The Open Data Movement aims at making data freely available to everyone. The goal of the W3C SWEO Linking Open Data community project is to extend the Web with a data commons by publishing various open data sets as RDF on the Web and by setting RDF links between data items from different data sources. Clickable version of this diagram. Project Pages Meetings & Gatherings See Also Demos 1. 2.