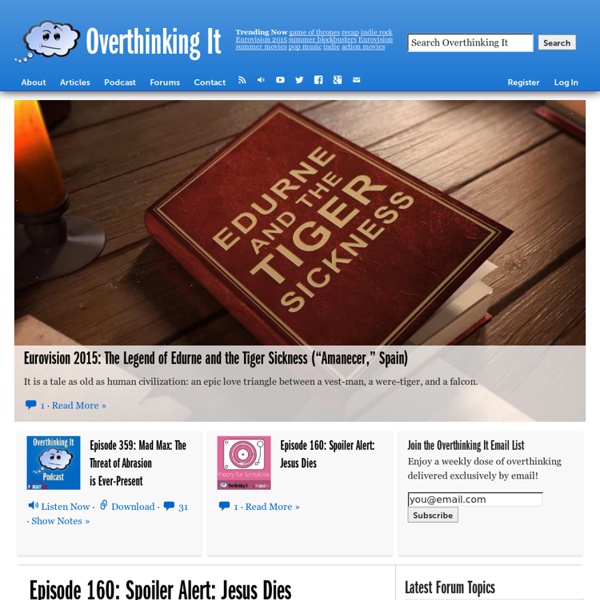 retroCRUSH Vi Hart Gargoyles Index : Gargoyles : Station Eight Gargoyles Index Welcome to Station Eight's Gargoyles Web Site This is a fan-made web site dedicated to Disney's first dramatic animated television series Gargoyles. The show debuted in October 1994 and ran for 78 episodes over three seasons and spawned a comic book series in 2006 that produced 18 issues. Here you'll find many resources that provide a deep well of information to (re)introduce you to the show. Have a look around, feel free to strike up a conversation or ask some questions of your own. New To Gargoyles? Not a problem! The about Gargoyles page will give you a brief overview of the show, the comics and the fandom. From there you can keep up to date with the latest happenings via the blog and comment room. Contact To contact the operator of this web site (who is not Greg Weisman) you should send an e-mail to the following address: prepend "gargoyles" and "@" to the domain name (without the "www." bit) of this web site. Search The Wiki Buy The DVDs Season One : Season Two

Comics, Quizzes, and Stories Neuroskeptic Confessions of a Pop Culture Addict Patrick Rothfuss – Blog Gargoyles Blog : Gargoyles : Station Eight This article in Variety talks about a new movie that Disney is looking to produce about gargoyles. However it’s not about our Gargoyles. Back in the late 1990s there was a Gargoyles movie being developed that would have been based on the cartoon series. There were at least a few different scripts written that were passed around. The movie would have probably revolved around just Goliath and Elisa with the other gargoyles probably not being in the movie. Now word of a new movie. Instead, it centers around a world and mythology of the menacing stone statues that the studio was keen to explore And that’s the only information that’s publicly available about this movie; there’s not much there. I want to be flippant and say that this new movie probably won’t hold the same depth. Or worse. However I think we need to be careful to not rush to judgement. But there is strong emotion from the fans coming out against this project. Will Disney listen to the fans? Probably not. I really wish they would.