American History From About 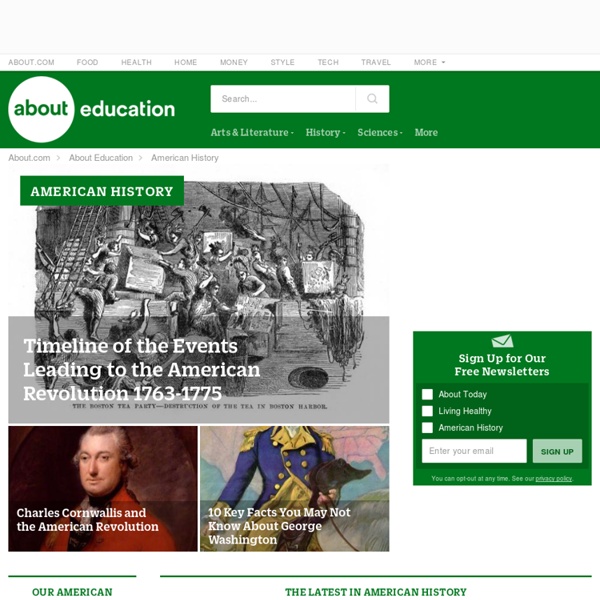 Related:  US History • US

19th C American cultural history Early 19th century American furniture included Sheraton and Directoire styles, classical yet simple. Duncan Phyfe of NYC turned out fine examples of furniture. The broad name for American furniture of these styles was Federal. American artists would have come to a sad end if it had not been for the commissions of the wealthy. At the beginning of the century, America was overwhelmingly rural, importing many needed items from Europe. settings for factories and the resulting industrialization was the start of major U.S. economic development. In 1800 a movement to reduce the influence of the Bank of the United States (which had opened in 1791) resulted in the creation of state banks throughout the country. In 1803 the Louisiana Territory was purchased from France for $15 million dollars. The Library of Congress was established in 1800 with a $50,000 appropriation to purchase 900 books and maps that arrived from London in eleven trunks. Great Collection of 19th Century Literature

Resources High School Lessons (article PDF) From Social EducationThe Technology of Unequal Rights for Women: Patent Drawings of a Voting Machine Middle Level Lessons (whole-issue PDF) From Middle Level LearningRevolutionary Women: Portraits of Life in the 13 Colonies Elementary Lessons (article PDF) From Social Studies and the Young LearnerJane Addams: Raising Up the Poor Get access to ALL of the lessons and articles in Social Education, Middle Level Learning, and Social Studies and the Young Learner by becoming a member of NCSS. Then search the Publications Archive with Custom Google. The American Revolution The American Revolution was the struggle by which thirteen colonies won independence from Great Britain, to become what we now know as The United States of America. The thirteen original states that joined together in the American Revolution against the mother country were New Hampshire, Massachusetts, Rhode Island, Connecticut, New York, New Jersey, Pennsylvania, Delaware, Maryland, Virginia, North Carolina, South Carolina, and Georgia. The American Revolution came about primarily because the colonists had matured. The French and Indian War had a lot to do with the American's sense of separation from Britain. In this group report, we will present information about the American Revolution, its causes and consequences. There are Positive as well as Negative Consequences of the Revolution. The American Revolution had a tremendous impact not only in The United States, but also in Europe and the rest of the world.

20th C American Cultural History We are no longer updating these pages, so some links may not work. If you have any questions, please contact us at Kingwood.LRC-Ref@LoneStar.edu Lone Star College-Kingwood Library The purpose of these pages is to present a series of web guides on the decades of the twentieth century. American Cultural History - The Nineteenth Century The 19th century pages take the viewers through 1800-1899 a decade at a time, covering art & architecture, business, literature, immigration, education, news and events, music and theater, science and technology and social movements. American Popular Music American Popular Music Before 1900 American Popular Music 1900 -1950 American Music from 1950 - 2000 Design and Maintenance - Peggy Whitley | The Library Contributions for the 20th Century: Bettye Sutton, Sue Goodwin, Becky Bradley, Charles Gillis, Peggy Whitley Rev: 2011, pw Email us at Kingwood.LRC-Ref@LoneStar.edu

US History Websites with the Common Core Forty-five states have implemented the Common Core State Standards in ELA and Mathematics for every subject. These standards are not intended to drive history and other subjects away from the curriculum, but they are designed to encourage our students to be critical readers who can apply the knowledge they learned. These standards are intended to engage students in the history curriculum and teach them skills needed to be successful. The websites listed below are useful to supplement the curriculum and teach students the skills needed to be successful 21st century learners. Under Common Core Student’s will be encouraged to: Examine and analyze primary sourcesUse evidence to support an argumentUnderstand historical contextRead multiple accounts and perspectivesQuestion: Who? Websites: Docs Teach: This website is a wonderful resource that has over Four Thousand primary documents from the National Archives.

Encyclopedia of Philosophy Dave Leip's Atlas of U.S. Presidential Elections Patriot Day is celebrated today on the anniversary of the terrorist attacks of 2001. Grades 3 – 5 | Lesson Plan | Standard Lesson Wartime Poetry: Working With Similes Students analyze a photograph, brainstorm words to describe the characters' senses and feelings, work in pairs to describe a character's experience, and create a poem using their ideas and similes. Grades 6 – 8 | Lesson Plan | Standard Lesson Heroes Around Us Students select, read about, and report on a hero and then identify how their hero matches certain criteria and characteristics. Inquiry on the Internet: Evaluating Web Pages for a Class Collection Students use Internet search engines and Web analysis checklists to evaluate online resources then write annotations that explain how and why the resources will be valuable to the class. Grades 8 – 12 | Lesson Plan | Standard Lesson Responding to Tragedy: Then and Now

Proclamation Line of 1763, Quebec Act of 1774 and Westward Expansion - 1750–1775 The British won vast territory in North America after the Seven Years’ War, but with the land came numerous problems of how to govern it. Conflicts arose from the inability of British officials to balance the interests of colonists and Indians, which led to colonial dissatisfaction with imperial rule and, ultimately, to the causes of the American Revolution. The Proclamation Line of 1763—between the red colored colonies and the pink territories The Treaty of Paris of 1763 that ended the Seven Years’ War provided Great Britain with enormous territorial gains. The settlement of the lands west of the Appalachians brought inevitable tension and conflict between settlers and indigenous peoples. British officials made the situation worse by alienating American Indians who had been allied with France during the Seven Years’ War. War with the Indian tribes continued from 1764 into 1766.