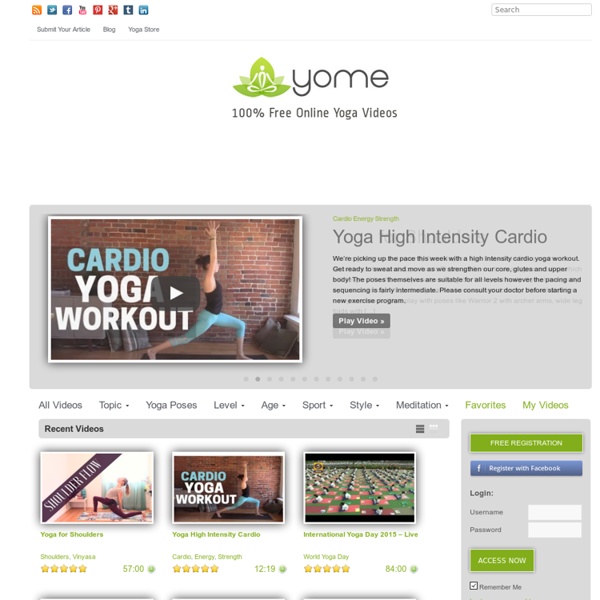 24 Invaluable Skills To Learn For Free Online This Year The Major Exercise Mistake I Made for Over 30 Years… The Major Exercise Mistake I Made for Over 30 Years… by DR. MERCOLA A recent study shows that ten minutes of brisk exercise triggers metabolic changes that last at least an hour. What’s more, the more fit you are, the more benefits you will get. Researchers measured biochemical changes in the blood of a variety of people. According to USA Today: “Checking a metabolite of fat breakdown, the team found people who were more fit — as measured by oxygen intake during exercise — appeared to be burning more fat than the less fit … The extremely fit — 25 Boston Marathon runners — had ten-fold increases in that metabolite after the race.” However, there’s more to exercise than what this study presents. Knowing what type of exercise creates the greatest beneficial biochemical changes can make a huge difference in your health. Dr. The science of exercise has come a long way over the past decades. How Exercise Changes Your Biochemistry Increase Your Exercise Benefits by Ditching Traditional Aerobic Cardio

Unfuck Your Habitat — Emergency cleaning: Unfuck your whole house in the... Simple Science Fitness. Burn Fat & Build Muscle for Healthy Humans. Cooking Cooking is mandatory for a healthy lifestyle. Low quality fast food and pre-cooked packages have replaced the time, effort, and skill required for cooking. Even though going to a restaurant requires time and effort, the trade-off for grocery shopping, preparation, and cooking is that your diet, wallet, and health will buy you additional years of enjoyable living. Pound for pound, buying food in bulk from places such as Costco and Trader Joe's is significantly cheaper than fast food in the long run. Your Kitchen By creating your own meals, most of your fresh foods and leftovers will be stocked in the fridge and freezer, with less stored in the pantry. To save time, a rice cooker, slow cooker, and blender are useful kitchen appliances. Combining Foods The Power of Spices Most sauces and dressings are high in energy dense sugar and seed oils. Western dishes commonly consists of salt, pepper, paprika, cinnamon, onion powder, garlic powder, oregano, basil, sage, rosemary, and parsley.

The Healing Power of Your Hands - Forever Conscious Did you know that your hands hold an innate healing power that have been used for centuries? Mudras are positions of the hands that are said to influence the energy of your physical, emotional and spiritual body. Mudras have been used in the East for thousands of years and were practiced by many spiritual leaders including Buddha. Today, Mudras are still used in Yoga and meditation. Sometimes we may subconsciously place our hands into Mudra positions without even knowing it and other times we can use them to help channel and stimulate healing. There are hundreds of Mudras but here are some of the most common: 1.) The tip of the index finger touches the tip of the thumb while the other fingers remain straight. Benefits: Enhances knowledge, stimulates the pituitary and endocrine glands, increases memory, helps meditation, prevents insomnia, can boost mood and bring clarity. Practice: Any time while sitting, standing or lying in bed. 2.) Practice: Any time. 3.) 4.) 5.) 6.) 7.) 8.) 9.) 10.) Tanaaz

Ian Knot, Ian's Fast Shoelace Knot I tie my shoelaces with my own "Ian Knot", the World's Fastest Shoelace Knot: Make a loop with both ends and simultaneously pull them through each other to form an almost instant knot. Don't confuse this with the very similar looking Two Loop Shoelace Knot - the technique is quite different and much faster. It's a truly revolutionary way to tie your shoelaces! Please don't be put off by these detailed instructions - even the Standard Shoelace Knot looks tricky when illustrated! Give it a try; you'll find it's easier than it looks. Step 1: Tie a Left-over-Right Starting Knot as shown, then hold the laces as pictured. Step 2: This move creates two loops, one with the loose end behind, the other with the loose end in front. Step 3: This next move crosses the two loops over each other. Note that the diagram at left shows somewhat exaggerated crossed loops. Step 4: This tricky move requires each hand to use the two fingers inside its own loop to grab the loose end of the other hand's loop.

Nerd Fitness: Helping You Lose Weight, Get Stronger, Live Better. I received an email a few months back from a NF reader that made me smile: “I am going back to square one. I noticed the only habit that I changed and stuck with was drinking tons of water. Have you ever started playing a game and get a few hours in and go “man I wish I knew these controls/tips from the beginning”? So you restart and the game just feels easier from that point on. I’m restarting my journey now that I have a better idea of the controls.” This resonated with me, because when I first played EverQuest (similar to World of Warcraft), the first character I created was terrible. When I started again playing as a new character, I FLEW through the first 30 levels: I understood the controls, how the game worked, and what needed to get done; it was much easier the second time through! The same is true for any boss battle you first encounter in any game. Getting in shape is no different. Each time you start over, you’re getting closer to that point of making things stick.

77 Things You Never Knew About Yoga Whether you’re an accomplished Yogi or a bright-eyed newbie – check out these fascinating yoga facts – you’ll be amazed at what you never knew! Following the amazing success of Elizabeth Gilbert’s “Eat, Pray, Love” meditative travelers are trading in sun, sea, sand vacations for more introspective trips. The author found inner-peace and true love through yoga and meditation via New York, India and Bali. But before you set off on your own journey of self-discovery – check out these 77 things you never knew about yoga, share with your friends and spread the yoga love! Yoga Facts 1. Yoga in the US 24. Yoga Benefits 33. 65. Learned something new? If you liked this, you might also like: 10 Ways to Avoid Vacation Stress *Statistics taken from the Yoga in America Study 2008. Tagged as: alternative therapy, Buddhism, complementray therapy, Eat Pray Love, exercise, fitness, fun, health, india, meditation, spirituality, yoga, yoga facts, yoga retreat

The top 10 skills that'll get you a job when you graduate Graduate employers place a lot of emphasis on finding candidates with the right skills and competencies for their organisations. Depending on the career sector and profession you choose to work in, there could be very specific skills, abilities and knowledge needed to do the job. However, complementing these are general competencies and behaviours that are essential for successful working. The top ten skills graduate recruiters want 1. This is about knowing how a business or industry works and what makes a company tick. Read more about how to show your commercial awareness 2. This covers verbal and written communication, and listening. Read more about communication skills 3. You'll need to prove that you're a team player but also have the ability to manage and delegate to others and take on responsibility. Read more about teamwork 4. 5. You need to display an ability to take a logical and analytical approach to solving problems and resolving issues. Read more about problem solving 6. 7. 8.

Circadian rhythm Some features of the human circadian (24-hour) biological clock History[edit] The earliest recorded account of a circadian process dates from the 4th century B.C.E., when Androsthenes, a ship captain serving under Alexander the Great, described diurnal leaf movements of the tamarind tree.[1] The observation of a circadian or diurnal process in humans is mentioned in Chinese medical texts dated to around the 13th century, including the Noon and Midnight Manual and the Mnemonic Rhyme to Aid in the Selection of Acu-points According to the Diurnal Cycle, the Day of the Month and the Season of the Year.[2] The first recorded observation of an endogenous circadian oscillation was by the French scientist Jean-Jacques d'Ortous de Mairan in 1729. The term circadian was coined by Franz Halberg in the 1950s.[10] Criteria[edit] To be called circadian, a biological rhythm must meet these three general criteria:[11] Origin[edit] The simplest known circadian clock is that of the prokaryotic cyanobacteria.