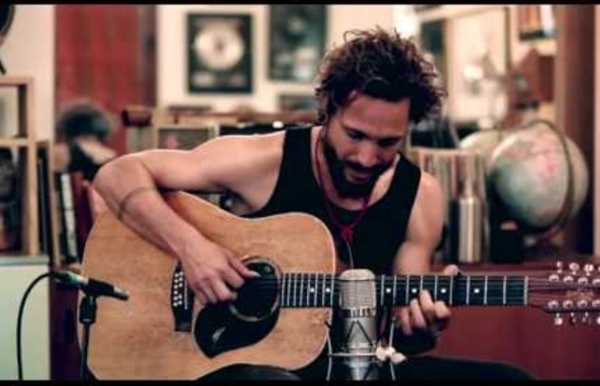 When a generation loves a previous musical era: Millennials' recognition of 1960s-1990s songs is notable Millennials' recognition of songs from the 1960s through the 1990s is relatively stable over this 40-year period, a team of researchers has found. By contrast, their recognition of musical hits from 2000 to 2015, while higher overall than the previous era, diminishes rapidly over time. "The 1960s to 1990s was a special time in music, reflected by a steady recognition of pieces of that era—even by today's millennials," observes Pascal Wallisch, a clinical assistant professor in New York University's Department of Psychology and the senior author of the study, which appears in the journal PLOS ONE. While the researchers did not identify what explained the stable level of recognition for songs from the 1960s through the 1990s, they note that during this period there was a significantly greater diversity of songs reaching the top of the Billboard charts compared to 2000 to 2015 and 1940 to 1950.

This 26-Year-Old Can Turn Any Boring Dessert Into An Adorable Miniature Scene If you were scolded at least once by your momma for playing with food, don't feel bad anymore because playing with food certainly pays off. This 26-year-old pastry chef from Italy, Matteo Stucchi, always believed that in a dessert, the decoration is as important as the taste. Following his Instagram nickname, his little creations remind the world of the famous book 'Gulliver's Travels'. Just as Gulliver encountered the tiny Lilliputians, Stucchi's tiny worlds are also filled with miniature figurines, all arranged to create these fascinating mini-scenes. Scroll down to discover them! John Oliver on Monty Python: 'inspirational idiots who changed comedy' Writing about the importance of Monty Python is basically pointless. Citing them as an influence is almost redundant. It’s assumed. In fact, from now on it’s probably more efficient to say that comedy writers should have to explicitly state that they don’t owe a significant debt to Monty Python.

Electromechanical instruments + rocks: Rock Band How to make homemade slide whistles Bamboo, PVC pipe, wood, or even a carrot! Slide whistles can be made from all sorts of materials, and are fun to make, play, and learn physics with. In this episode of Homemade Science, teacher Bruce Yeany shares his ... The Glass Armonica, Benjamin Franklin’s 1761 invention The glass armonica is truly one of the strangest musical instruments in the world. How Animals Behave When We Aren’t Looking By Artist Julien Tabet Julien Tabet is a 21-year-old French artist who creates incredible photo manipulations of animals. He started creating his clever edits a little over a year ago and in this short time gathered a whopping 95k followers on Instagram. Although the artist does all of his work in Photoshop, he doesn’t believe software can be a passion. But he says imagining the improbable fascinates him: “I love to surprise people. I feel that I can offer something fresh to their lives and break them out of their boring routine, by offering a perspective.” Julien chose animals for his manipulations because he believes they are much more humble and innocent when compared to humans.

Back with the real Beatles: the White Album reviewed - archive, November 1968 Back with the real Beatles19 November 1968 The Beatles have accustomed us to look for clues to the meaning of their work. Everyone can look at the cover design of Sergeant Pepper and play “spot the reference.” Figures From Famous Paintings Invade Modern Day Settings click2x The Canvas Project is a project created by Brazilian artist Gabriel Nardelli Araújo. The 28-year-old 'frees' well-known characters from classical paintings and puts them in the modern day context with the help of Photoshop. "The process is entirely digital, my works do not exist, at least so far, in physical form.

Monty Python's Eric Idle Looks Back On The 'Bright Side' Of A Life In Comedy Monty Python co-founder Eric Idle's memoir "Always Look on the Bright Side of Life: A Sortabiography" comes out Tuesday. Here & Now's Robin Young talks with Idle (@EricIdle) about the book. Scroll down to read an excerpt from "Always Look on the Bright Side of Life" Interview Highlights There's A Reason Why You Still Love The Music From Your Teen Years It's probably the latter. Psychologists and neuroscientists have recently determined that musical nostalgia isn't just a cultural phenomenon—it's wired in our brains. Even when your tastes progress past the Backstreet Boys, your brain is stuck on the formative years of your adolescence. In the era between your pre-teen years and early 20s, your brain is developing like never before, so it makes sense that the music you love during that time might be programmed in with the rest of your formative experiences. Solidifying these new neural landmarks is a rush of puberty hormones, which infuse everything with heightened emotion. That extra emotion gives your brain the signal that the memories are extra important.

Bridges over the Chicago River GIF Bridges over the Chicago River By Slim Jones 27,671 Total Views More details Fixed iFRAME Wireless sensors stick to skin and track health We tend to take our skin’s protective function for granted, ignoring its other roles in signaling subtleties like a fluttering heart or a flush of embarrassment. Using metallic ink, researchers screen-print an antenna and sensor onto a stretchable sticker designed to adhere to skin and track pulse and other health indicators, and beam these readings to a receiver on a person’s clothing. (Image credit: Bao Lab) Now, Stanford engineers have developed a way to detect physiological signals emanating from the skin with sensors that stick like band-aids and beam wireless readings to a receiver clipped onto clothing.

The BBC is letting you download more than 16,000 free sound effect samples from its archive There can be few organisations that have used more sound effects than the BBC, so there’s bound to be great interest in the news that the corporation has now made more than 16,000 of its FX available for free download. These are being released under the RemArc licence, which means that they can be used for “personal, educational or research purposes”. The archive is easily searchable, and a quick browse confirms that there’s a wide variety of content, ranging from the atmospheric to the downright obscure. Each sample can be previewed and both its duration and filename are listed. The service is currently in beta, but you can dive in and start downloading right now on the BBC Sound Effects website.

Star Wars: Episode III, redubbed using the English subtitles from a pirated Chinese edition / Boing Boing This is apparently a Chinese pirated edition of Star Wars: Episode III, but dubbed using the English subtitles offered on that disc. It's amazing, not least because the voice actors are so good I thought for a moment it might have been a TV segment with Ewan, Hayden, Samuel and co. [via] OBI WAN The front is a lemon avenue flying straightly