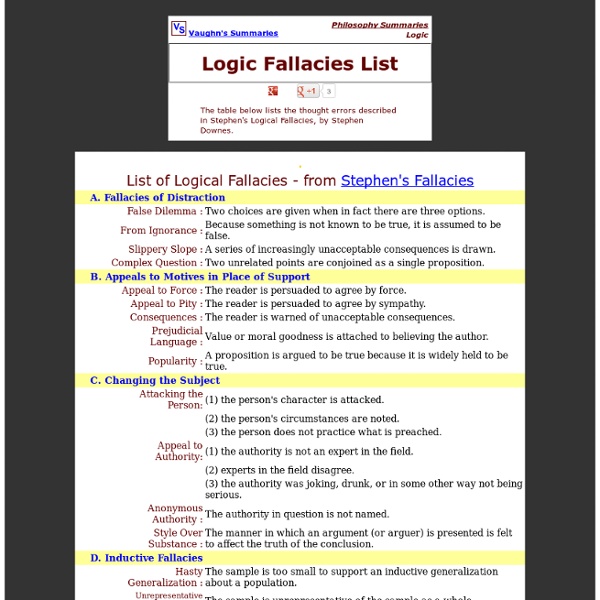 The Illusion of Knowledge Isn't it funny how one sometimes uses words with the honest believe it's a well known term, but then comes to realize nobody understands it? Like, when I was a kid, the 'grandma-button' was a very well known concept to me. My grandma, being farsighted, used to accidentally tune the TV's brightness and color instead of the volume. I was thinking about this recently when Michael mentioned that the 'Illusion of Knowledge' I kept talking about and that even made it on our conference poster (it's no longer there), isn't anything he'd ever heard of. The Illusion of Knowledge refers to the following quotation by Daniel J. "The greatest obstacle to discovering the shape of the earth, the continents, and the oceans was not ignorance but the illusion of knowledge." ~ Daniel J. Illusion in the 21st Century In the 21st century we are faced with an incredible amount of information, and it is in many instances impossible to read and judge on all of the available information on a given topic.

The Book of Symbols: Carl Jung's Catalog of the Unconscious by Kirstin Butler Why Sarah Palin identifies with the grizzly bear, or what the unconscious knows but doesn’t reveal. A primary method for making sense of the world is by interpreting its symbols. We decode meaning through images and, often without realizing, are swayed by the power of their attendant associations. Beginning in the 1930s, Jung’s devotees started collecting mythological, ritualistic, and symbolic imagery under the auspices of The Archive for Research in Archetypal Symbolism (ARAS), an organization with institutes throughout the U.S. You can browse through ARAS via a list of common archetypes, or search by word, producing a cross-indexed result with thumbnail images and a timeline of where and when that idea appeared throughout history. Nonetheless, to access this treasure trove you still have to be a member of ARAS online, or take trip to one of its four physical locations. Donating = Loving Bringing you (ad-free) Brain Pickings takes hundreds of hours each month.

Practical Wisdom: The Right Way to Do the Right Thing We Americans are growing increasingly disenchanted with the institutions on which we depend. We can't trust them. They disappoint us. And the disenchantment we experience as recipients of services is often matched by the dissatisfaction of those who provide them. When we try to make things better, we generally reach for one of two tools. This blog is an attempt to answer this question. The term practical wisdom sounds like an oxymoron to modern ears. This is what took practical wisdom. Why "wisdom"? Doctors--and teachers attempting to teach and inspire, or lawyers attempting to provide proper counsel and serve justice--are not puzzling over a choice between the "right" thing and the "wrong" thing. Aristotle recognized that balancing acts like these beg for wisdom, and that abstract or ethereal wisdom would not do. We've been working together on practical wisdom, and teaching courses in it, for a decade.

Encyclopedia Uselessia -- Omnipotence Paradox The omnipotence paradox is an apparent contradiction in the notion of an omnipotent (all-powerful) being (such as God, or Superman, or the government). An omnipotent being can do absolutley anything. So can an omnipotent being create a stone that is too heavy for him to lift? Philosophical Responses One common response points out that this question makes implicit assertions that are inconsistent and self-contradictory. Proof By Contradiction One response is to use proof by contradiction: Assumption: An omnipotent body exists Extraction: An omnipotent can create any type of stone. The "Logical Fallacy" Arguement Another response to those positing these questions of omnipotence and alleged conflict is that the questions of super heavy stones, along with all the other ability-based arguments etc., are actually a clever logical fallacy, and are false straw man arguments. The "Logical Fallacy" Counter Argument: Some have another view. Willpower Argument Back to Table of Contents

Are You Living in a Computer Simulation? Many works of science fiction as well as some forecasts by serious technologists and futurologists predict that enormous amounts of computing power will be available in the future. Let us suppose for a moment that these predictions are correct. One thing that later generations might do with their super-powerful computers is run detailed simulations of their forebears or of people like their forebears. Apart form the interest this thesis may hold for those who are engaged in futuristic speculation, there are also more purely theoretical rewards. The structure of the paper is as follows. A common assumption in the philosophy of mind is that of substrate-independence. Arguments for this thesis have been given in the literature, and although it is not entirely uncontroversial, we shall here take it as a given. The argument we shall present does not, however, depend on any very strong version of functionalism or computationalism. We shall develop this idea into a rigorous argument. Writing .

The Relativity of Wrong by Isaac Asimov by Isaac Asimov I received a letter from a reader the other day. It was handwritten in crabbed penmanship so that it was very difficult to read. Nevertheless, I tried to make it out just in case it might prove to be important. In the first sentence, he told me he was majoring in English Literature, but felt he needed to teach me science. It seemed that in one of my innumerable essays, here and elsewhere, I had expressed a certain gladness at living in a century in which we finally got the basis of the Universe straight. I didn't go into detail in the matter, but what I meant was that we now know the basic rules governing the Universe, together with the gravitational interrelationships of its gross components, as shown in the theory of relativity worked out between 1905 and 1916. These are all twentieth-century discoveries, you see. The young man then quoted with approval what Socrates had said on learning that the Delphic oracle had proclaimed him the wisest man in Greece. "Wrong!"

Nick Bostrom's Home Page 10 TED Talks That Will Change the Way You Communicate August 1st, 2012 By: Alvina Lopez Even the most eloquent of public and private speakers could always stand to tweak their communication skills just a little bit. After all, the ability to convey feelings and facts stands as essential to keeping the human species rolling along. Both the Internet and bookshelves sport advice a-go-go on how to get points across as clearly as possible, and the venerable open source lecture series TED does not disappoint in this regard. Its best offerings regarding human connectivity encourage essentials not always discussed in manuals and textbooks, so give them some consideration and use them to launch more exploration into how to grow into an effective, evocative communicator. Elizabeth Lesser: Take "the Other" to lunch: If communications with people on opposite sides of political, cultural, religious and other common divides so often proves extremely problematic, try Elizabeth Lesser’s simple-but-effective approach.

Hacktivism Overview[edit] Hacktivist activities span many political ideals and issues. Freenet is a prime example of translating political thought (anyone should be able to speak) into code. Hacktivism is a controversial term with several meanings. The sense discussed in this article is closest to cyberterrorism. The word was coined to characterize electronic direct action as working toward social change by combining programming skills with critical thinking. Controversy[edit] While some self-described hacktivists have engaged in DoS attacks, critics suggest that DoS attacks are an attack on free speech that they have unintended consequences. Forms of hacktivism[edit] In order to carry out their operations, hacktivists might create new tools; or integrate or use a variety of software tools readily available on the Internet. Notable hacktivist events[edit] Related notions[edit] Civic hacking Media hacking[edit] Mobile technology has also become subject to media hacking for political purposes. Other

Acculturation Portrait of Native Americans from the Cherokee, Cheyenne, Choctaw, Comanche, Iroquois, and Muscogee tribes in European attire. Photos dates from 1868 to 1924. Acculturation explains the process of cultural change and psychological change that results following meeting between cultures.[1] The effects of acculturation can be seen at multiple levels in both interacting cultures. The concept of acculturation has been studied scientifically since 1918.[2] As it has been approached at different times from the fields of psychology, anthropology, and sociology, numerous theories and definitions have emerged to describe elements of the acculturative process. Historical approaches[edit] The earliest recorded thoughts towards acculturation can be found in Sumerian inscriptions from 2370 B.C. J.W. Since then scholars in different disciplines have developed more than 100 different theories of acculturation.[2] Conceptual models[edit] Kramer[edit] Gudykunst and Kim[edit] Fourfold models[edit] Food[edit]