With A Piece Of Chalk 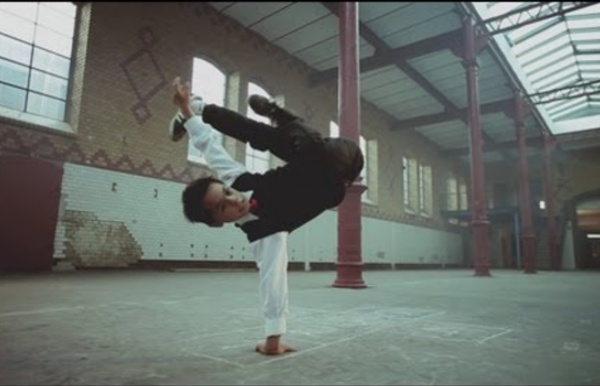 ISO - No Fire Supermajor at ILLUSION - YouTube Time-lapse photography is an interesting technique that records a scene or objects that has a slow state-of-change and turns it into a video that plays back in high speed. The easiest way to do it is to have your camera stationary on something that changes slowly (e.g. clouds, plants growing, etc) and start taking series of photo for hours or even days. Hours and hour’s worth of photos are compressed into a video with merely few minutes playtime, thus creating a time lapsing effect. In another word, it allows us to see the progress faster without having to wait along the actual time. In this article, we’ll show you how to create your own Time-lapse video. Understanding Time-lapse fundamentalsChoosing your camera for Time-lapse projectPost-editing your Time-lapse photosCombining photos into Time-lapse video Ready? 1. We’ll start by understanding some fundamental rules. To create Time-lapse effect, you basically reduce the interval for each shot and merge them into a 24-30 fps video. 2.

How One Ball Pit Turned Strangers Into Friends [Video] What you do if a giant sign above a street-side ball pit prompted you to dive in, take a seat, and make a friend? You may consider befriending strangers to answer deep dark secrets in public as a completely abnormal act, but in this video, one group of people welcomed the chance to hop in a giant ball pit and fire away. Created by SoulPancake, a “brain batter of art, culture, science, philosophy, spirituality, and humor,” this video chronicles pairs of strangers tasked to ask each other about their heros, love life, religion, and perhaps most importantly, create a secret handshake (that duh, isn’t so secret anymore). SoulPancake seeks to open minds, challenge friends, and make people “feel damn good” with its articles and arsenal of videos (like the ever popular Kid President). There’s something oddly heartwarming about watching people (who seemingly have little in common) ask life’s big questions in a sea of rainbow-colored plastic balls. Ever heard of SoulPancake?

How to Teach Internet Safety to Younger Elementary Students A few years ago, I wrote a post called “Teaching Digital Citizenship in the Elementary Classroom.” Now I want to share a sample lesson for teaching internet safety to students as young as kindergarten. Yes, you read correctly—kindergarten. With children spending time online at younger and younger ages, it’s vital that we explicitly teach young children how to protect themselves online. Most young children get the “stranger danger” talk at school, so they know about how to handle strangers in their neighborhood and in face-to-face situations. There are three considerations when addressing internet safety with these students. Protecting Private Information Online This is a lesson I’ve done with my kindergarten and first-grade students to introduce the idea that strangers exist on the internet and to discuss how we should interact with them. “What is a stranger?” Have students watch the Internet Safety video at BrainPOP Jr. More Resources

Bobby McFerrin plays the audience as an instrument 7 Billion People Une belle animation typographique, sur l’initiative du magazine National Geographic, pour le cap franchi cette année des 7 milliards en population mondiale. Un aperçu de la croissance et de ces tendances démographiques, de la géologie ainsi que les impacts sur la planète pour demain. New York photographer turns strangers into friends (This piece originally ran August 2, 2013.) NEW YORK -- Forty-five-year-old Richard Renaldi is looking for someone -- two someones, actually. Two total strangers who were meant to be together, if only for a moment. "They're not exactly sure what they just signed up for, and people are a little nervous at first," Richard says. Richard is a New York photographer working on a series of portraits. Richard calls the project "Touching Strangers." Some of the photos -- you'd never know, they'd never met, while others capture quite well the inherent awkwardness of cuddling a random dude. Even when the subjects seem eager, their body language often concedes a certain hesitance, at least at first. And that's the really weird thing. At first, Brian Sneeden, a poetry teacher, saw no rhyme or reason for posing with 95-year-old retried fashion designer Reiko Ehrman, but eventually he, too, felt a change. "I felt like I cared for her," Brian says. Pretty much everyone shared that same sentiment.