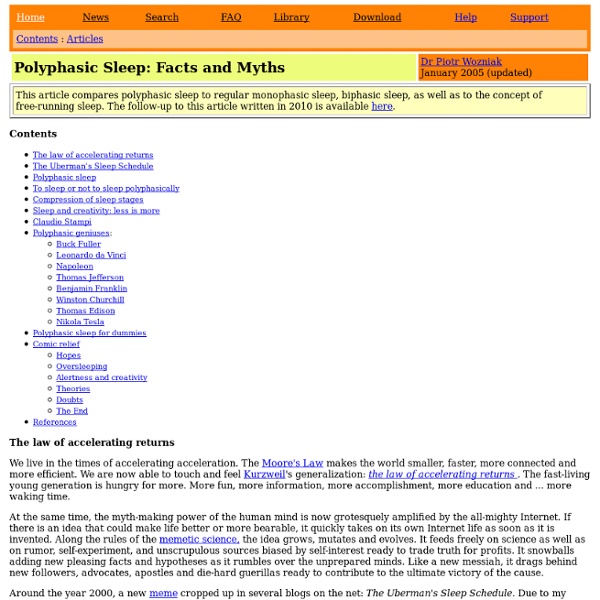 The 90 Best Lifehacks of 2009: The Year in Review Another year is winding down, and that means it’s time to take a look back at what we’ve done here at Lifehack over the last 12 months. 2009 was a scary year for a lot of people – corporate layoffs, a shaky global economy, stunningly vicious politics, old wars grinding on and new ones flaring up. In the midst of all this, though, many saw opportunities; with the myth of life-long corporate employment shattered as some of the world’s biggest companies teetered on the brink of collapse, entrepreneurship enjoyed a major resurgence. This rise in self-reliance extends beyond our work life, too – people are embracing a do-it-yourself, person-to-person lifestyle where status and the display of wealth matter much less than authenticity and social interaction. All of this is reflected in the posts that went up on this site over the last year. What emerges from all this is a treasure trove of good advice, ranging from the lofty and idealistic to the immediately practical. Software and Technology

Polyphasic Sleep: 5 Years Later! Chronobiology Polyphasic sleep adaptation myths In my original article I tried to mix science with pop science, as well as with anecdote and humor. Have a peek at the following amazing picture obtained in recent months with the help of SuperMemo. Myth #1 of polyphasic adaptation: a nap is a nap is a nap. Myth #2 of polyphasic adaptation: the circadian cycle can be ignored or abolished, and the sleep can be reduced to one-dimensional homeostatic process. Circadian timing of naps My original "Polyphasic sleep for dummies" section was not very successful in conveying the power of two sleep processes in controlling the timing of sleep. Phase 0: Waking time: napping in Phase 0 is possible, and largely depends on the history of prior sleep (see 0 on the horizontal axis in the graph above). Phase 3: Creativity time: napping in Phase 3 should not ever be possible in a healthy well-regulated system (see 3 on the horizontal axis in the graph above). Phase 8: Siesta: perfect time for napping.

Dr. Christopher Winter: Stop Trying to Get Eight Hours of Sleep You have messages. Inbox (1) Subject: "I told you so!!!" A lone message sat in my inbox last night as I checked my phone before bed. I usually try to avoid email at night, but the subject had me hooked instantly since I'm fairly sure I'm never wrong. I assumed the triple exclamation was meant to send a message of urgency that one or even two exclamation points could not adequately convey. The email was from an unfamiliar sender. Clicking on the link, I was immediately confronted with a picture of Dr. "Once upon a time, you could sleep like a baby. Instantly I knew where this message had come from and what it was about. "Why do you go to bed at 9:00 p.m. if it takes you an hour to fall asleep?" "Because I need my eight hours." Eight hours. Where did this number come from? Sadly, the answer to that question is far from simple. So how much sleep do you need? So how can you figure out how much sleep you need? How long does it take you to fall asleep? Can't sleep? Loading Slideshow

The 80 Best Lifehacks of 2008 And so we arrive yet again at the end of another year. 2008 was at best a mixed bag – while the world was electrified by the US election and it’s promise of change, the global economy was shaken to its core as a decade of financial mismanagement and willful blindness finally caught up with us. Gas prices spiked, leading us all to ask some difficult questions about sustainability, efficiency, and consumption – and then plummeted, leaving us feeling somewhat relieved, but baffled by the unpredictability of it all. As we roll into 2009, there is an atmosphere of suspenseful anticipation, of hope mixed with not a little uncertainty. Companies are streamlining to prepare for the worst, even as entrepreneurs look ahead to new opportunities. Overall, it seems that now is a time for shaking off the dust, clearing away the debris of the past, and looking towards the future. Here at Lifehack, we’ve always followed a path of cautious optimism. Communication Fitness/Health Lifestyle Productivity

Expérience de sommeil polyphasique How Much Sleep Do You Need View Larger >> Sleep is a vital indicator of overall health and well-being. We spend up to one-third of our lives asleep, and the overall state of our "sleep health" remains an essential question throughout our lifespan. Most of us know that getting a good night’s sleep is important, but too few of us actually make those eight or so hours between the sheets a priority. To further complicate matters, stimulants like coffee and energy drinks, alarm clocks, and external lights—including those from electronic devices—interferes with our "circadian rhythm" or natural sleep/wake cycle. Sleep needs vary across ages and are especially impacted by lifestyle and health. To get the sleep you need, you must look at the big picture. How Much Sleep Do We Really Need: Revisited The National Sleep Foundation released the results of a world-class study that took more than two years of research to complete – an update to our most-cited guidelines on how much sleep you really need at each age.

The 100 Best Lifehacks of 2010: The Year in Review Happy New Year everyone! It’s the first week of 2011 and many of us are getting ready to kick off the brand new year with a big bang. As we start off 2011 with our new resolutions and goals, let us now look back at the best posts at Lifehack in the past year. In this review post, I have gathered 100 of the best LifeHack articles in 2010. Do not attempt to read this whole post at once! Let me start off with the top 10 most popular life hack posts out of the 100s of posts published in 2010. Following which, I’ll present the 100 top articles presented in the 11 catetgories. Top 10 Most Popular Posts in 2010: Overall Personal Growth Maximizing Productivity and GTD Lifestyle and Habits Inspiration & Motivation Goal Achievement & Success Emotional Mastery People Skills & Relationships Communications & Writing Business & Career Creativity & Inspiration Family Miscellaneous Image ©

How Much Sleep Do You Really Need? Sleep is one of the richest topics in science today: why we need it, why it can be hard to get, and how that affects everything from our athletic performance to our income. Daniel Kripke, co-director of research at the Scripps Clinic Sleep Center in La Jolla, Calif., has looked at the most important question of all. In 2002, he compared death rates among more than 1 million American adults who, as part of a study on cancer prevention, reported their average nightly amount of sleep. To many, his results were surprising, but they've since been corroborated by similar studies in Europe and East Asia. Kripke explains. Q: How much sleep is ideal? A: Studies show that people who sleep between 6.5 hr. and 7.5 hr. a night, as they report, live the longest. Morbidity [or sickness] is also "U-shaped" in the sense that both very short sleep and very long sleep are associated with many illnesses—with depression, with obesity—and therefore with heart disease—and so forth.

Tips, Tools, & Tinkering: 110 Years of <em>Popular Mechanics</em> DIY In one of our very first issues, back in 1902, we told the story of an Illinois schoolboy named Mark Richards, who built an automobile for himself. By saving money from his after-school job blacking stoves, Richards cobbled together enough parts to assemble a runabout that rolled on four skinny tires and was powered by a single-cylinder engine. "I had no knowledge of the principles and practice of gasoline engine construction," Richards said, "yet I not only managed to make it but to build the transmission mechanism, friction clutch, spark-timing mechanism, body running gear, etc., even doing the necessary blacksmithing... If Mark Richards were alive today, he would love the story of Bob Dullam, a sculptor in Kalamazoo, Mich., who received one of our 2009 Backyard Genius Awards for building a replica of the Tumbler Batmobile. In 2012, as Popular Mechanics celebrates 110 years in publication, self-reliance remains a guiding principle of the magazine.