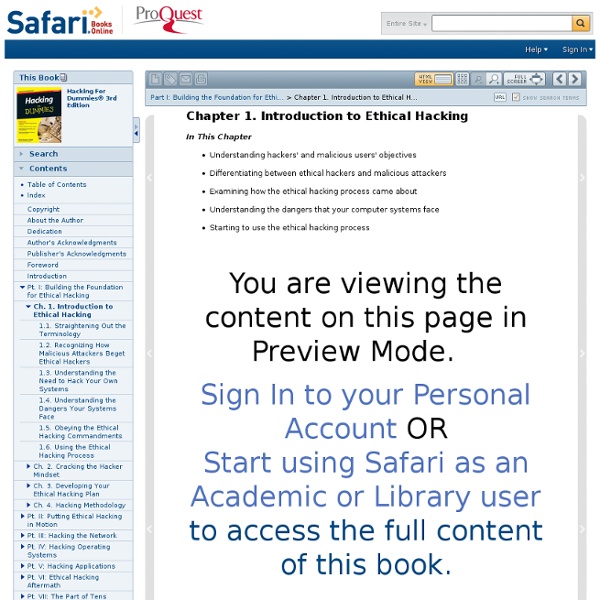 Challenges - ThisisLegal.com tonymacx86 Blog Learn Ethical Hacking Online - HackingLoops There’s a seemingly endless number of free open-source tools for penetration testing, and most of them seem to gravitate around the Kali Linux distribution. But with so many free tools, it’s easy to miss out on some of the best ones. So today we’re going to take a closer look at Armitage, define what it is, and define how it works. However, there’s a few things that you need to know before we start digging into the dirty details of how to use this tool. Naturally, I do have to give a brief warning before we get started, too. First of all, doing so would be unethical. Now that we’ve got that out of the way, let’s define what Armitage is and how it works. What Does Armitage Do? Armitage, however, is really more of a scripting tool that “plugs in” to Metasploit. As they say, two heads are better than one, and the ability to share sessions opens the door for teamwork during an attack or penetration testing exercise. But wait, there’s more (as Billy Mays might say)! Before You Begin

How to Build a Hackintosh Build a Hackintosh with better performance than a Mac Pro — for half the price. A comprehensive, free, step-by-step guide. Last updated March 2013 with the latest Intel Ivy Bridge processor and motherboard recommendations (which, it’s worth noting, are not available on the out-of-date Mac Pros) and OS X Mountain Lion-native installation instructions. We’ve also refreshed the nVidia GPUs. New in this latest build: Thunderbolt! However, note that to use the Thunderbolt ports on a Hackintosh, you will have to plug in your Thunderbolt device at boot-up; it is not hot-swappable. Introduction What do you do when you need a high-end Mac — for editing video, retouching photos, recording music, animating 3D graphics, or just playing games — but you can’t afford a Mac Pro? Creativity shouldn’t be relegated to the upper class. Here’s a screencast (no sound) of my original hackintosh running flawlessly, loading notoriously slow applications like Adobe Photoshop and Microsoft Word in a jiffy.

Top 15 Open Source/Free Security/Hacking Tools | Security & Hacking Blog 1. Nmap Nmap (“Network Mapper”) is a free and open source (license) utility for network discovery and security auditing. Nmap uses raw IP packets in novel ways to determine what hosts are available on the network, what services (application name and version) those hosts are offering, what operating systems (and OS versions) they are running, what type of packet filters/firewalls are in use, and dozens of other characteristics. Nmap homepage. 2. Wireshark is a network protocol analyzer. 3. Metasploit Community Edition simplifies network discovery and vulnerability verification for specific exploits, increasing the effectiveness of vulnerability scanners. 4. Nikto is an Open Source (GPL) web server scanner which performs comprehensive tests against web servers for multiple items, including over 6400 potentially dangerous files/CGIs, checks for outdated versions of over 1200 servers, and version specific problems on over 270 servers. 5. 6. ettercap 7. 8. 9. 10. w3af 11. hping 12. burpsuite 13.

How To Become A Hacker Copyright © 2001 Eric S. Raymond As editor of the Jargon File and author of a few other well-known documents of similar nature, I often get email requests from enthusiastic network newbies asking (in effect) "how can I learn to be a wizardly hacker?". Back in 1996 I noticed that there didn't seem to be any other FAQs or web documents that addressed this vital question, so I started this one. A lot of hackers now consider it definitive, and I suppose that means it is. If you are reading a snapshot of this document offline, the current version lives at Note: there is a list of Frequently Asked Questions at the end of this document. Numerous translations of this document are available: ArabicBelorussianChinese (Simplified), Czech, Danish, Dutch, Estonian, German, GreekItalianHebrew, Norwegian, PersianPortuguese (Brazilian), RomanianSpanish, Turkish, and Swedish. If you find this document valuable, please leave me a tip on Gittip. 1. 2. 3. 5. 2.

In Pictures: Online computer tutorials based on pictures. Free.