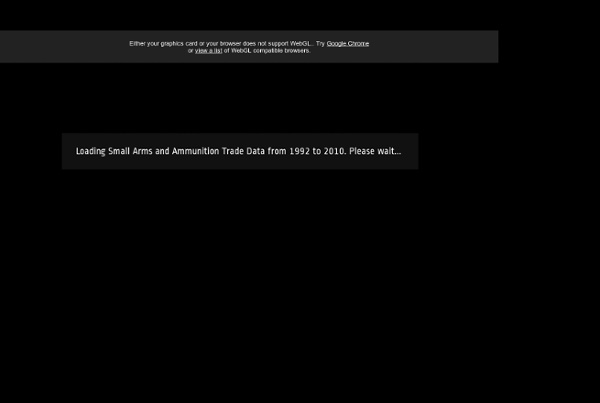 How Common Is Your Birthday? UPDATE: I’ve written a clarification about this post here. Please read it. A friend posted an interesting data table on my Facebook wall yesterday, which was my birthday. Prime Number Patterns by Jason Davies. For each natural number n, we draw a periodic curve starting from the origin, intersecting the x-axis at n and its multiples. The prime numbers are those that have been intersected by only two curves: the prime number itself and one. How the first plant came to be The genome of provides essential clues to the origin of photosynthesis in algae and plants. Science/AAAS Earth is the planet of the plants — and it all can be traced back to one green cell. The world's lush profusion of photosynthesizers — from towering redwoods to ubiquitous diatoms — owe their existence to a tiny alga eons ago that swallowed a cyanobacteria and turned it into an internal solar power plant. By studying the genetics of a "glaucophyte" — one of a group of just 13 unique microscopic freshwater blue-green algae, sometimes called "living fossils" — an international consortium of scientists led by molecular bioscientist Dana Price of the University of Queensland, Brisbane, has elucidated the evolutionary history of plants.

Tehran Conference Statement on Syria On August 9, Iran hosted an emergency conference on developments in Syria. Envoys from 26 countries attended the one-day meeting including Afghanistan, Algeria, Armenia, Belarus, Benin, China, Cuba, Ecuador, Georgia, India, Indonesia, Iraq, Kazakhstan, Kirghizstan, Maldives, Nicaragua, Oman, Pakistan, Russia, Sri Lanka, Sudan, Tajikistan, Tunisia, Turkmenistan, Venezuela, and Zimbabwe. The final communiqué expressed the following points. An Interactive Look at Connected Devices in 2020 [INFOGRAPHIC] Whether it’s the Internet of Things and the rising connectivity among devices, or the use of wireless connections for machine-to-machine applications, you might be considering how this technology affects you and your organization. It’s important to know the sharing of valuable data by devices is expected to become an almost $1 trillion industry by 2020 , according to a report by the Carbon War Room. And in the next seven years, we’ll be measuring the growth in connected devices in more than just dollars. The following is a glimpse of what this technology might mean for your business in the future:

tracking nanotechnology A team of scientists led by Carnegie's Lin Wang has observed a new form of very hard carbon clusters, which are unusual in their mix of crystalline and disordered structure. The material is capable of indenting diamond. This finding has potential applications for a range of mechanical, electronic, and electrochemical uses. Carbon is the fourth-most-abundant element in the universe and takes on a wide variety of forms—the honeycomb-like graphene, the pencil "lead" graphite, diamond, cylindrically structured nanotubes, and hollow spheres called fullerenes. Some forms of carbon are crystalline, meaning that the structure is organized in repeating atomic units. Other forms are amorphous, meaning that the structure lacks the long-range order of crystals.

Tehran conference: Khar opposes coercive measures in Syria Delega­tes from 28 countr­ies gather in the Irania­n capita­l. In her opening statement, Foreign Minister Khar reiterated the need to find mutually agreeable political solution to the impending crisis saying that prolonged instability in Syria would have serious consequences for the Muslim Ummah. PHOTO: PID/FILE With violence engulfing major cities in Syria, including Damascus and Aleppo, Pakistan has voiced its opposition to any “coercive” measures in Syria which could worsen an already volatile situation in the troubled country.

'Murmur' bridges physical and virtual using sound / @chevalvert @v3ga #raspberrypi Created using Raspberry Pi and openFrameworks, Murmur is a device that enables the communication between public and the projection by simulating the movement of sound waves, building a luminous bridge between the physical and the virtual. The device was designed to collect the murmurs of the public. Referred to “echo’s room”, making reference both to the audio effect achieved and to Greek mythology, it represents not only the key technique of the Murmur device, but also its magical aspect, turning sound waves into light waves. The project is a collaboration between Chevalvert, 2Roqs, Polygraphik and Splank.