What Color Is A Mirror? 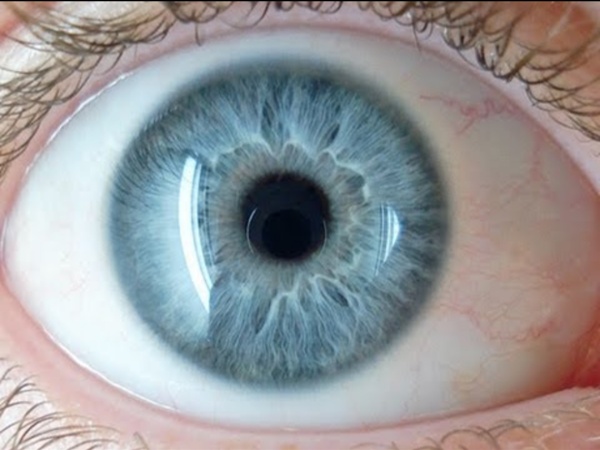 Physicists Achieve Quantum Teleportation of Photon Over 25 Kilometers For the first time, a team of physicists have successfully teleported a quantum state of a photon to a crystal over 25 kilometers away through a fiber optic cable. This effectively showed that the photon’s quantum state, not its composition, is important to the teleportation process. The team was led by Nicolas Gisin of the University of Geneva and the results were published in the journal Nature Photonics. RGB and CMYK color models The most common devices we use use in a modern household, such as a television, computer monitor, or any sort of device the emits light is typically engineered using the primary colors of light - red, green and blue. This is often why digital images or devices are referred to as RGB. This is a vast difference from the RYB model that most school children are introduced to. Which one is correct? The answer is that you could use either to mix colors, but some are easier to work with than others. When we look at the visible spectrum (as seen by the human eye) the colors appear red, orange, yellow, green, cyan, blue, magenta(violet).

TonyFingasApp/ Tony Fingas Swiss Army App Sponsored By Whitehead & Whitehead Consultants Get TheMobile Swiss Army App From TonyFingas. Yes it's Still Free. SALINABEAR Upload www.salina-siu.com Subscription preferences Loading... Working... New math and quantum mechanics: Fluid mechanics suggests alternative to quantum orthodoxy The central mystery of quantum mechanics is that small chunks of matter sometimes seem to behave like particles, sometimes like waves. For most of the past century, the prevailing explanation of this conundrum has been what's called the "Copenhagen interpretation" -- which holds that, in some sense, a single particle really is a wave, smeared out across the universe, that collapses into a determinate location only when observed. But some founders of quantum physics -- notably Louis de Broglie -- championed an alternative interpretation, known as "pilot-wave theory," which posits that quantum particles are borne along on some type of wave. According to pilot-wave theory, the particles have definite trajectories, but because of the pilot wave's influence, they still exhibit wavelike statistics. John Bush, a professor of applied mathematics at MIT, believes that pilot-wave theory deserves a second look. Tracking trajectories

Light waves, visible and invisible - Lucianne Walkowicz Can we accurately describe light as exclusively a wave or just a particle? Are the two mutually exclusive? In this third part of his series on light and color, Colm Kelleher discusses wave-particle duality and its relationship to how we see light and, therefore, color. A look at sustainable energy and what we use our energy for. How many lightbulbs? There are three types of color receptors in your eye: red, green and blue.

Whitehead and Whitehead Home Page And Anything Else You Need .Get Yours Now - Just Press The Red Button Or Visit our other sites Our Mission Capping decades of searching, Princeton scientists observe elusive particle that is its own antiparticle Posted October 2, 2014; 04:00 p.m. by Steven Schultz, Office of Engineering Communications Princeton University scientists have observed an exotic particle that behaves simultaneously like matter and antimatter, a feat of math and engineering that could eventually enable powerful computers based on quantum mechanics. Using a two-story-tall microscope floating in an ultralow-vibration lab at Princeton's Jadwin Hall, the scientists captured a glowing image of a particle known as a "Majorana fermion" perched at the end of an atomically thin wire — just where it had been predicted to be after decades of study and calculation dating back to the 1930s. "This is the most direct way of looking for the Majorana fermion since it is expected to emerge at the edge of certain materials," said Ali Yazdani, a professor of physics who led the research team. "If you want to find this particle within a material you have to use such a microscope, which allows you to see where it actually is."

Tacoma Narrows Bridge Collapse (Sound Version) (Standard 4:3) : Stillman Fires Collection; Tacoma Fire Department (Video) - Castle Films (Sound) In November, 1940, the newly completed Tacoma Narrows Bridge, opened barely four months before, swayed and collapsed in a 42 mile-per-hour wind. There were no casualties except a dog trapped in a car stranded on the bridge. A rescue was attempted (by the man with the pipe), but the frightened animal would not leave the car. The site was declared a National Historic Landmark to discourage relic seekers and salvage operations. This file is a composite of the good quality Internet Archive file and the soundtrack of a poor quality (heavily scratched and filled with abrasions) Castle Film entitled "The Movies Greatest Headlines," which is also in the public domain. I've edited the video to make it fit the sound.

Grover’s Quantum Search Algorithm Grover’s Quantum Search Algorithm Grover’s algorithm is a quantum search algorithm that runs quadratically faster than any equivalent classical algorithm. With a budget of a million operations, a classical algorithm is limited to searching through about a million (unsorted, unstructured) possibilities. Tacoma Narrows Bridge: Lessons From the Failure of a Great Machine How Galloping Gertie collapsed left us a lasting design legacy. The Damage Main cables: During the collapse, the main suspension cables were thrown violently side to side, twisted, and tossed 100 feet into the air. They slipped from their positions in the cable saddles atop each tower. And, they fell hard on the approach spans.