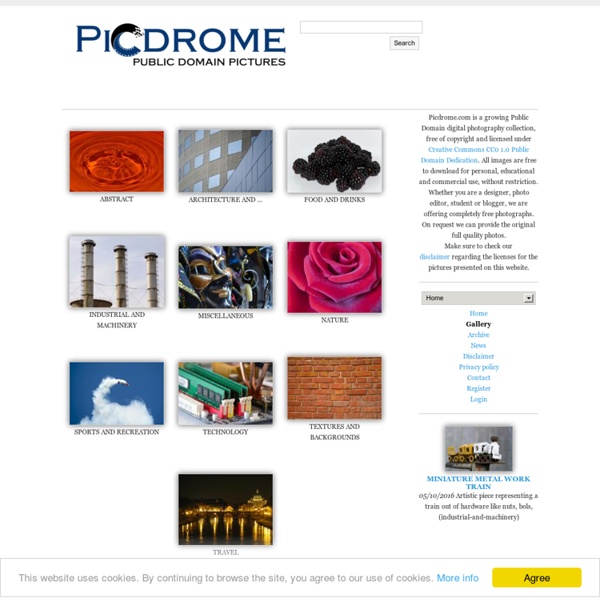 Related:  Copyrights and Wrongs and Fair Use

TotallyFreeImages.com Commons the free library Netlabels : Free Music : Free Audio : Download & Streaming by Torn Flesh Records EXPLORE Torn Flesh Records CATALOG Welcome to Torn Flesh Records - Netlabel. This is the Id of Your Musical Psyche. Please visit blocSonic.com for our latest releases. by netwaves netwaves is a concept consisting of different projects: - netwaves is the weekly radio show/podcast/stream/compilation of fresh, free music, picked from the parallel universe of netlabels ; the podcast specializes in electronic music of all kinds, from 8bit over electro to indietronic; all free music with CC license - netwaves.bpm is the deejay division of netwaves with lots of mixes and live shows - netwaves records &nbsp;releases compilations of netlabel tunes - Kopiefeest (2009) was the... by MyDuck666 Cian Orbe is a Chilean non-profit Netlabel of dark electronic, atmospheric, experimental electronic music created by Sábila Orbe (Humanfobia / Filmy Ghost / Yaka-anima projects). Sirona is an underground netlabel based in France. by Clinical Archives Unspecialized Net Label. by Treetrunk

Common Sense (pamphlet) Common Sense[1] is a pamphlet written by Thomas Paine in 1775–76 that inspired people in the Thirteen Colonies to declare and fight for independence from Great Britain in the summer of 1776. In clear, simple language it explained the advantages of and the need for immediate independence. It was published anonymously on January 10, 1776, at the beginning of the American Revolution and became an immediate sensation. It was sold and distributed widely and read aloud at taverns and meeting places. Washington had it read to all his troops, which at the time had surrounded the British army in Boston. In proportion to the population of the colonies at that time (2.5 million), it had the largest sale and circulation of any book published in American history.[2] Common Sense presented the American colonists with an argument for freedom from British rule at a time when the question of whether or not to seek independence was the central issue of the day. Publication history Sections I. II. III. IV.

Related:
Related:  Copyrights and Wrongs and Fair Use