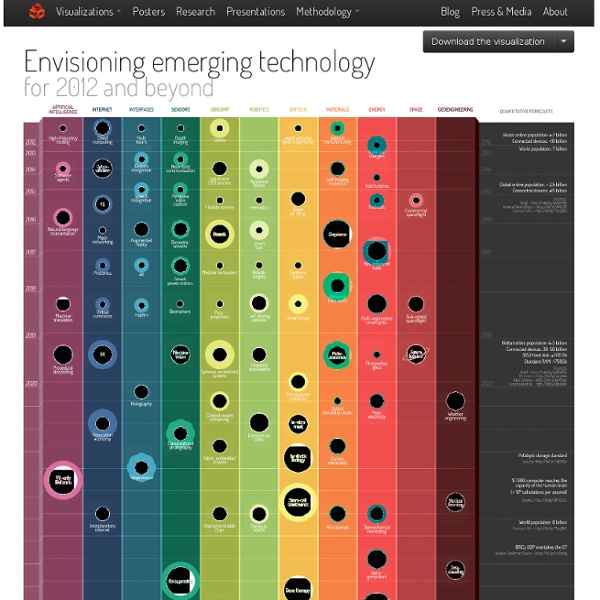 What is the visualization? Understanding where technology is heading is more than guesswork. Looking at emerging trends and research, one can predict and draw conclusions about how the technological sphere is developing, and which technologies should become mainstream in the coming years. Envisioning technology is meant to facilitate these observations by taking a step back and seeing the wider context. By speculating about what lies beyond the horizon we can make better decisions of what to create today. Who made this? Envisioning Technology is a technological trend forecasting firm headed by emerging technology strategist Michell Zappa. If you have any ideas, questions, complaints or suggestions, feel free to email us: mz@envisioningtech.com Technologies mentioned Follow the project This is the first in a series of projects related to the future of technology. License & credits

TCCHawaii.org | Teaching, Colleges & Community Metaverse Roadmap: Pathways to the 3D Web Will the Future of the Internet Be Decided By Hollywood? Hollywood lobbyists are pressuring the US Congress to pass a major legislative reform, which would provide for the systematic filtering and blocking of sites suspected of encouraging piracy of copyrighted works. This Wednesday, November 16, the members of the House of Representatives will gather to consider the Stop Online Privacy Act (SOPA) bill. (This legislation) would mean the end of the Internet as we know it. Democrat Zoe Lofgren, the elected representative for Silicon Valley, spoke of the “many prominent human rights activists and Internet engineers (who) have voiced concerns” which she believes “deserve serious consideration”. The “death penalty” for Internet sites The movement to remove websites that are allegedly in breach of copyright has come a long way. Currently under discussion in the Senate, the bill would create a procedure to make a targeted site simply disappear. War of the lobbyists Stopping piracy is also the aim of the SOPA bill.