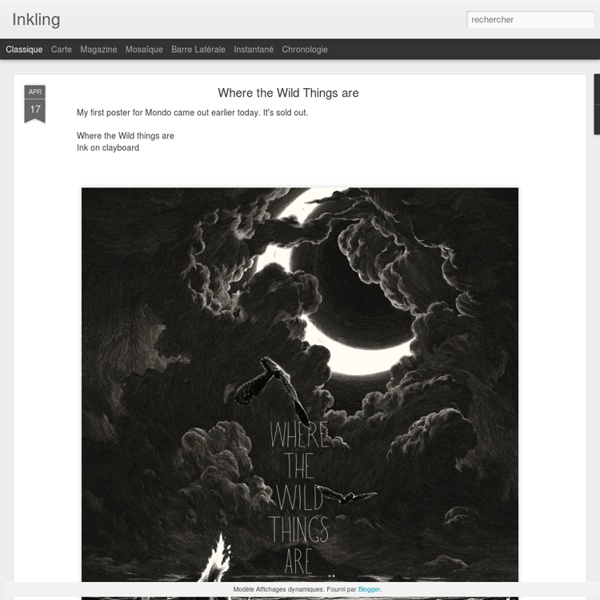 AD Irene Gallo couldn't have picked a more appropriate story for me. I sometimes have a hard time describing with words what a story makes me feel —which I guess is why I became an illustrator— so I'm just going to say what really struck me here was the heavy, raw and burnt out atmosphere. Images of harsh light, scorching heat and swirling dust came to me as I was reading it and that's what I wanted to transcribe in this piece. Spoiler alert: there are no giant angel-like beings in this story :V Lately, I've been trying to give my illustrations a photographic feel, not in a photo- or hyper-realist kind of way, but I want my images to feel like someone could've captured this particular moment in time with a small rangefinder and a roll of black and white film. I like art that bridges the gap between different media in a non-obvious way.

Collage art & Illustrations by Sammy Slabbinck “ Day 5 / Arrival at base camp “ © Sammy Slabbinck 2016 500 years Utopia. Anniversary of Thomas More’s Utopia , a video made for CANVAS TV “ Reaching for the sky just to surrender “ ( L. Cohen ) Michał Dziekan Illustrator and character designer Michal Dziekan was born and raised in small town in south-western Poland. He moved to city Wroclaw where he attended Architecture on University of Technology. After three years he left school and moved to Warsaw to work in post production studio Platige Image as a concept artist and matte painter.

Peter Gut Peter Gut is a Swiss typographer, illustrator and caricaturist based in Winterthur. He has collaborated for years with the weekly magazine Facts, and today works for Weltwoche, the Neue Zürcher Zeitung and the business magazine Bilanz. Small gods and little monsters Inside the Uk, you’ll find three kinds of insurance which are generally misinterpreted by clients: health insurance, income protection and demanding illness include. For insurance specialists, these 3 products are not exactly the same. Nevertheless for newcomers in the direction of the insurance market, comprehending the versions together might be a minefield. Right here, we separate well being insurance, income protection and demanding sickness cover to assist people choose a protection coverage that is satisfactory. Crucial Sickness Include Crucial illness cover is made to pay for a tax-free lump sum payment on detecting a pre-defined serious illness.

zimmer404 ___ Awesome things happened, and I didn’t even share the news! I had some pretty stressful weeks with a lot of work, but now I catch up on it. In august I participated in this contest from Adobe and Dance (RED) save lives. 15 influences that stick with you, FOREVER. - Yuko Shimizu I don’t love getting asked about my artistic influences and inspirations. I had stopped answering the question all together some years ago. The biggest reasoning behind it was because I have lived long enough to the point things that have influenced me at some point in my life often have no relevance to who I am now, though, I may still see those early influences in my work. If I name all the influences, past and present, then my list would probably be as thick as a dictionary. However last week, comic artist and friend James Hodgkins posted something on Facebook that really got me.

Harry Clarke's Haunting 1919 Illustrations for Edgar Allan Poe's Tales of Mystery and Imagination by Maria Popova Artful Edwardian-era erotica at the intersection of the whimsical and the macabre. Somewhere between Henry Holiday’s weird paintings for Lewis Carroll and Edward Gorey’s delightfully grim alphabet fall Harry Clarke‘s hauntingly beautiful and beautifully haunting 1919 illustrations for Edgar Allan Poe’s Tales of Mystery and Imagination — a collection of 29 of Poe’s tales of the magical and the macabre. So lavish was the artwork that a copy of the “deluxe” Clarke-illustrated edition went for 5 guineas in 1919, or about $300 in today’s money. The book, an epic volume of 480 pages, was eventually reprinted by Calla Editions in 2008, and is now available for the much more reasonable $27, or free with a trip to your local public library. Eerie and erotic, Clarke’s illustrations bring his Edwardian-era aesthetic and early Art Nouveau influences to the post-Victorian liberated fascination with sensuality.

Adara Illustrations. Editorial. Sketches. Ladies and felines. Mixed media. Dots. Tender Times by Scott C "Pollens" We are so excited to have Scott C. here at Cotton Candy Machine for his first solo show in Brooklyn! Scott's paintings have appeared in galleries and publications around the world. He lives here in Brooklyn now, SO we are couldn't be happier to put on this show with him on his home turf. "Candy Stripes" and "Little Guy Three Spirits" - ralphsteadman-dot-com It's Special -a new set of prints actually finished, because they take time and hard labour: Here is a set of prints I have fought long and hard for. The unfinished plates stared at me in the studio for so long, and mocked me, until finally I contacted Master Printmakers, Michael WAIGHT, Ailsa McWILLIAM, and Jonathan JONES, at PEACOCK Visual Arts in Aberdeen, who under my stern thumb and twisted forefinger, produced an immaculate set of prints that make me so proud of their sensitivity and skill. They are artists in their own right. They are a joy to hold (the prints, that is!)