Diane Benscoter on how cults rewire the brain 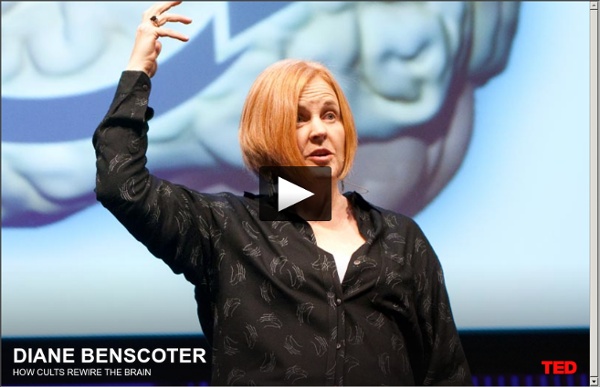 The 10 TED Talks They Should Have Censored - By Joshua E. Keating It's been a big week of news for TED (Technology, Education, Design) conferences -- and their self-organized TEDx offshoots. This week, TED sparked controversy over a talk on income inequality that organizers decided was too partisan to post online and made news (well, at least in these quarters) for the convening of TEDxMogadishu -- the conference's most extreme location yet. Over the years, TED talks have been a showcase for dozens of enlightening and entertaining presentations. On the other hand, critics also charge that "nerd Coachella" as often as not serves as an elitist self-aggrandizement opportunity for gimmick-peddling narcissists. With all the fuss over TED's self-censorship, we searched through hours of footage to find 10 talks the organizers really should have excised. Joe Smith: How to Use a Paper Towel TEDxConcordiaUPortland 2012 Joe Smith is a former district attorney and chair of Oregon's Democratic Party. Terry Moore: How to Tie Your Shoes Jana Pallaske: Feeling Free