Episode #1 "What Democracy?" by Peter Joseph 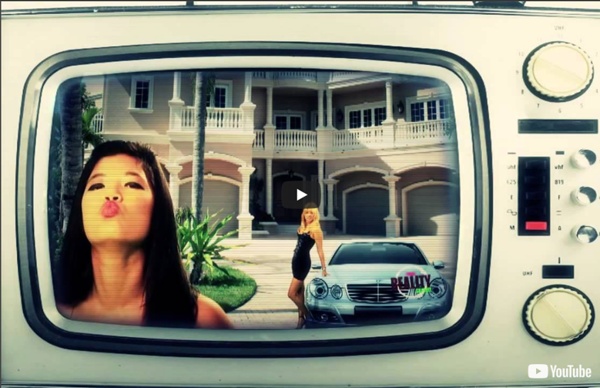 The Cheapest Generation - Derek Thompson and Jordan Weissmann In 2009, Ford brought its new supermini, the Fiesta, over from Europe in a brave attempt to attract the attention of young Americans. It passed out 100 of the cars to influential bloggers for a free six-month test-drive, with just one condition: document your experience online, whether you love the Fiesta or hate it. Young bloggers loved the car. Young drivers? Not so much. After a brief burst of excitement, in which Ford sold more than 90,000 units over 18 months, Fiesta sales plummeted.

Neurological Relativism by Robert Anton Wilson (Originally published in the March 1978 issue of New Libertarian, p.8) In my previous two columns, I have presented the case for the ultimate skepticism (i.e. solipsism) as strongly as I could, indicated that it not only can be defended on rigidly logical grounds (cf. Hume, David, works of), but also that is seemingly confirmed empirically by the practice of silent-level meditation.

Communitarianism First published Thu Oct 4, 2001; substantive revision Wed Jan 25, 2012 Modern-day communitarianism began in the upper reaches of Anglo-American academia in the form of a critical reaction to John Rawls' landmark 1971 book A Theory of Justice (Rawls 1971). Drawing primarily upon the insights of Aristotle and Hegel, political philosophers such as Alasdair MacIntyre, Michael Sandel, Charles Taylor and Michael Walzer disputed Rawls' assumption that the principal task of government is to secure and distribute fairly the liberties and economic resources individuals need to lead freely chosen lives.

Government in the Future Een lezing gegeven door Noam Chomsky in het Poetry Center in New York, 16 Feb. 1970, waarin hij de vier grote politieke ideologieën uiteen zet: (1) klassiek liberaal, (2) libertair socialisme, (3) staats-socialisme, (4) staats-kapitalisme. Uiteindelijk pleit hij voor het libertair socialisme. Video Audio De lezing is ook uitgegeven als boek, hier verkrijgbaar . Government in the Future Policy-based evidence making Evidence-based policy making is a theoretical construct whereby political policy is based on sound scientific evidence. This has never happened. Policy-based evidence making, by contrast, happens all the time. Politicians have an idea, realise there is no scientific support for it, so set out to produce some. [edit] Methods The most common form of policy-based evidence making is opinion polls, which of course will always yield the result the pollsters are paid to deliver thanks to the miracle of push polling.

Primitive human society 'not driven by war' 18 July 2013Last updated at 15:40 ET Some have said war is an innate part of human behaviour - but this research suggests otherwise Primitive society was not driven by war, scientists believe. Researchers from Abo Academy University in Finland say that violence in early human communities was driven by personal conflicts rather than large-scale battles. They say their findings suggest that war is not an innate part of human nature, but rather a behaviour that we have adopted more recently. The study is published in the journal Science.

They Know Much More Than You Think by James Bamford The headquarters of the National Security Agency, Fort Meade, Maryland In mid-May, Edward Snowden, an American in his late twenties, walked through the onyx entrance of the Mira Hotel on Nathan Road in Hong Kong and checked in. He was pulling a small black travel bag and had a number of laptop cases draped over his shoulders. Inside those cases were four computers packed with some of his country’s most closely held secrets. Within days of Snowden’s documents appearing in The Guardian and The Washington Post , revealing several of the National Security Agency’s extensive domestic surveillance programs, bookstores reported a sudden spike in the sales of George Orwell’s classic dystopian novel 1984 . On Amazon.com, the book made the “Movers & Shakers” list and skyrocketed 6,021 percent in a single day.

14 Propaganda Techniques Fox &News& Uses to Brainwash Americans There is nothing more sacred to the maintenance of democracy than a free press. Access to comprehensive, accurate and quality information is essential to the manifestation of Socratic citizenship - the society characterized by a civically engaged, well-informed and socially invested populace. Thus, to the degree that access to quality information is willfully or unintentionally obstructed, democracy itself is degraded. It is ironic that in the era of 24-hour cable news networks and "reality" programming, the news-to-fluff ratio and overall veracity of information has declined precipitously. Take the fact Americans now spend on average about 50 hours a week using various forms of media, while at the same time cultural literacy levels hover just above the gutter.