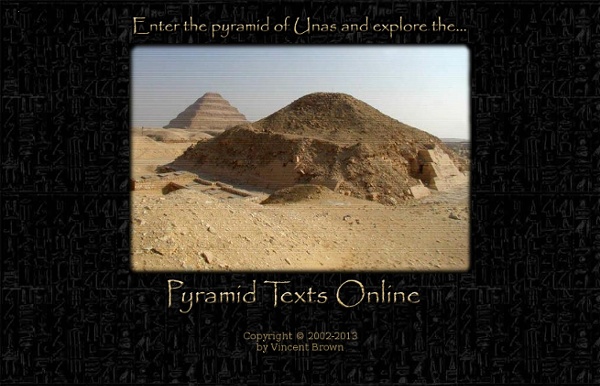 Cross Staff and Plumbline and the Great Pyramid Revealing the discovery of a geometrical, spherical measuring instrument in the Pyramid of Khufu By Crichton E M Miller This advanced protractor, similar to the cross and plumb line, is an advanced mathematical device, capable of astronomy, navigation and surveying. It is proposed, that the ancient Egyptian architects and astronomers used this hybrid Celtic cross, for the purposes of stellar alignment and timekeeping. The proposal and thesis is based upon the discoveries and calculations of the author, whilst working on the proposal that the Celtic cross was an instrument derived from the astrolabe and quadrant. How did the ancient architects survey and lay out the constructions? It is known that the ancient Egyptians used plumb line technology in several different areas, particularly in weights and measures. Degrees are broken down into minutes and seconds of arc. 1. 2. The Evidence These events are documented in the epilogue of his book, The Orion Mystery. The items are as follows: 1. 2.

Extraterrestrial Mummy Found In Egypt Some online sources said that this is a species-being for its fur and reptilian traits that characterize them, such as their eyes, too large and oval shaped. Inscriptions on the tomb of the mummy showed that the king was a counselor named Osirunet, meaning star or sent from heaven. ” The mummified body was buried with great respect and care, accompanied by a number of strange objects far from the archaeological museum managers can not identify. According to Egyptian sources, the alien mummy was discovered by Dr. Viktor Lubek, Czechoslovakian citizen and retired professor of the University of Pennsylvania. Objects containing the tomb include artifacts made of a synthetic type resist that nobody could identify. The anonymous messenger which has obtained the information, also said that the discovery has caused great consternation among Egyptian officials, who want to keep it hidden until a plausible explanation for the strange mummy.

The Bucegi Mountains Discovery of August 2003: a discovery that could change the world was made Right now: Moon at 22°05' Capricorn, Sun at 29°50' Virgo August 2003: a discovery that could change the world was made I recently read a book initially published in Romania, later translated into English under the title "Transylvanian Sunrise" by someone whose pen name is Radu Cinamar, offering detailed information on an extraordinary discovery of paramount importance to the entire humankind that is said to have taken place in August 2003 in the Bucegi Mountains (central Romania). The book published in a fantasy novel series and is structured as an interview with the head of a ultrasecret section of the Romanian Intelligence Service (SRI) named Department Zero, charged with the investigation of paranormal phenomena and other similar cases. For instance, the history as it was presented in those holograms (going down to 50.000 B.C.) is 90% different than what contemporany historians accept. More information on this subject will be added to this article, as it'll become available. The Sphinx:

EWAO A Giant Energy Machine? 5 Incredible characteristics of the Bosnian Pyramid Ivan Ivan has been part of the team at Universe Explorers since February 2015.He is a freelance writer, editor-in-chief of ancient-code.com He also writes for Svemir Online and Ancient Origins.History, Archaeology, Space and world’s mysteries are some of the topics he writes about.You can follow Ivan on Facebook" Latest posts by Ivan (see all) From the presence of a mysterious underground energy beam with a radius of s 4.5 meters and a frequency of 28 kHz with a strength of 3,9 V, to the presence of ultrasound Beams at the Pyramids of the Sun, here we have 5 incredible characteristics of the Bosnian Pyramid which suggests this could, in fact, be an extremely advanced ancient structure. The idea that the Bosnian Pyramid is, in fact, one of the oldest Pyramids on the surface of the planet, and that it belongs to a set of other ancient structures in the area is heavily disputed by numerous scientists who refuse to accept the notion that there are highly advanced structure located in Europe.

'Primitive Machine' Within Great Pyramid of Giza Reconstructed The ancient Egyptians created a simple yet elaborate system of blocks and grooves within the Great Pyramid of Giza to protect the King's Chamber from tomb robbers. In an upcoming episode of the Science Channel's "Unearthed," that system comes to life via computer animations. In the episode, Egyptologist Mark Lehner describes the system for viewers, calling it a "very primitive machine." Many scholars believe that the King's Chamber housed the remains of the pharaoh Khufu (reign ca. 2551–2528 B.C.), the ruler who ordered the construction of the Great Pyramid of Giza. What those two chambers were used for is unclear. To protect the pharaoh's chamber, ancient Egyptians constructed a series of grooves and blocks that are hidden beneath the walls of the pyramid. The system was sophisticated for its time, said Lehner, noting that it blocked off the entranceway to the King's Chamber with giant blocks, making it harder for a thief to break in. Even so, the machine did not protect Khufu's tomb.