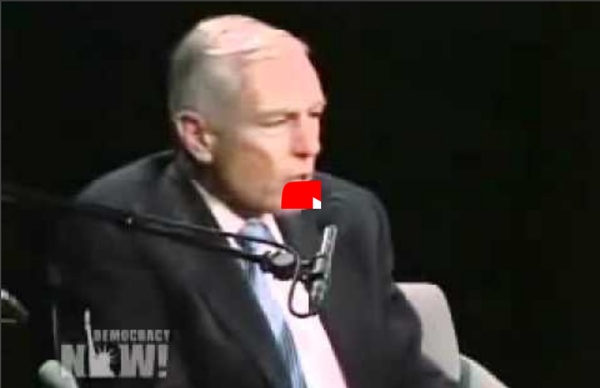 War On Cash Goes Into Full Effect — Citibank Stops Accepting Cash At Multiple Branches - TruthTheory By Jack Burns via The Free Thought Project In 2015, as a guest on Ron Paul’s Liberty Report, Economics Professor Joseph Salerno warned of a coming war on cash. Apparently, now, that time has come. Governments loathe cash transactions because they’re private and hard to tax. Salerno said, “The French premier last year (2014) drew a parallel between the war on terror and the war on cash,” and warned the world’s economic elite are now “using the war on terror as a cover to get at cash.” At the time of the interview, 2015, Salerno said the war on cash has already begun in the U.S. and pointed to Citibank’s new policy which disallows patrons to use cash to pay their mortgages and credit cards with cash. “This is only a first step,” even though it was only on a state level. While it hasn’t happened yet on a federal level in the United States, cash reclamation is occurring today in India. “I assure you other governments are watching this experiment (in Greece),” he said.

US auditor finds taxpayer money flowing to Taliban, Al Qaeda - but Army refuses to act The US military has been ignoring warnings that its spending in Afghanistan is funding Al Qaeda and the Taliban. And John F. Sopko, the Special Inspector General for Afghanistan Reconstruction (SIGAR), appears to have had enough. Skip to next paragraph Dan Murphy Staff writer Dan Murphy is a staff writer for the Monitor's international desk, focused on the Middle East. Recent posts Subscribe Today to the Monitor Click Here for your FREE 30 DAYS ofThe Christian Science MonitorWeekly Digital Edition He issued a blistering cover letter with SIGAR's quarterly report to Congress today that called into question what "appears to be a growing gap between the policy objectives of Washington and the reality of achieving them in Afghanistan." The US has $20 billion of Afghan reconstruction spending scheduled, and a further $10 billion requested for the 2014 budget.

Steven Seagal: 'Mass Shootings In U.S Are Engineered.' Actor Steven Seagal has appeared on Russia Today where he stated in an interview that he believes many of the mass shootings in America are 'Engineered', this is in line with the rhetoric of many conspiracy theorists who believe the mass shootings that have happened across America are engineered to make the people accept the idea of Gun Control. The Sandy Hook shooting has been especially controversial amongst conspiracy theorists, with some claiming that actors were used. There is also much debate surrounding the movie theatre that got shot up. Many conspiracy theorists do not accept that the perpetrator would have been able to gain access to the vast amount of weapons he was reportedly found with. Personally I see this both ways, yet it makes little sence either way. Either the government has orchestrated mass murder of its civilians to demonise weapons and help stop one of the countries best commodities the US has, firearms.

Panicked super rich buying boltholes with private airstrips to escape if poor rise up Super rich hedge fund managers are buying 'secret boltholes' where they can hideout in the event of civil uprising against growing inequality, it has been claimed. Nervous financiers from across the globe have begun purchasing landing strips, homes and land in areas such as New Zealand so they can flee should people rise up. With growing inequality and riots such as those in London in 2011 and in Ferguson and other parts of the USA last year, many financial leaders fear they could become targets for public fury. Robert Johnson, president of the Institute of New Economic Thinking, told people at the World Economic Forum in Davos that many hedge fund managers were already planning their escapes. He said: “I know hedge fund managers all over the world who are buying airstrips and farms in places like New Zealand because they think they need a getaway." Getty Mr Johnson, said the economic situation could soon become intolerable as even in the richest countries inequality was increasing.

Obama told friends he reneged on progressive promises out of fear of MLK's fate -- former CIA analyst says Obama has abandoned progressive principles, such as stopping drone attacks and shutting down Guantanamo, because he is afraid of being assassinated, telling friends, “Don’t you remember what happened to Martin Luther King Jr.?” retired CIA analyst Ray McGovern said today. He’s afraid of what happened to Martin Luther King Jr. And I know from a good friend who was there when it happened, that at a small dinner with progressive supporters – after these progressive supporters were banging on Obama before the election, Why don’t you do the things we thought you stood for? McGovern spoke on WBAI’s show Law and Disorder this morning. I’m pretty convinced the President of the United States is afraid of the CIA. During his CIA career, Ray McGovern prepared daily briefings for the president and chaired the National Intelligence Estimates. The crucial segment of the interview begins at about 48 minutes. Ratner then said, “I represent Guantanamo people. McGovern responded:

Russia has presented Evidence Against US, UK and Israel As Being the Actual 9/11 Terrorist | BlogFactory According to a retired FXX agent specializing in Israeli counter intel: The type of nuclear devices used on 911 were a modified version of the W-54 nuclear artillery shells that were covertly provided to the Israelis between 1988 and 1998 from US surplus stockpiles illegally exported during the Bush/Clinton era. Chemical analysis done by DOE Sandi was able to identify the chemical/radiation footprint or fingerprint of the warheads based on samples taken after 911 of the fallout at ground zero. (Editor’s note: Nuclear weapon use at ground zero is confirmed from multiple sources) All plutonium based warheads have a chemical fingerprint that can identify the type of design and where the PU was made and how old it is. This was the 911 blackmail on Bush 1 and 2, the illegal transfer of surplus US nuclear weapons to the Israelis and why the continued cover up, along with the stolen gold and stock fraud that was going on Wall Street etc. High FluxIsotope Reactor Core – Cross Section Footnotes: