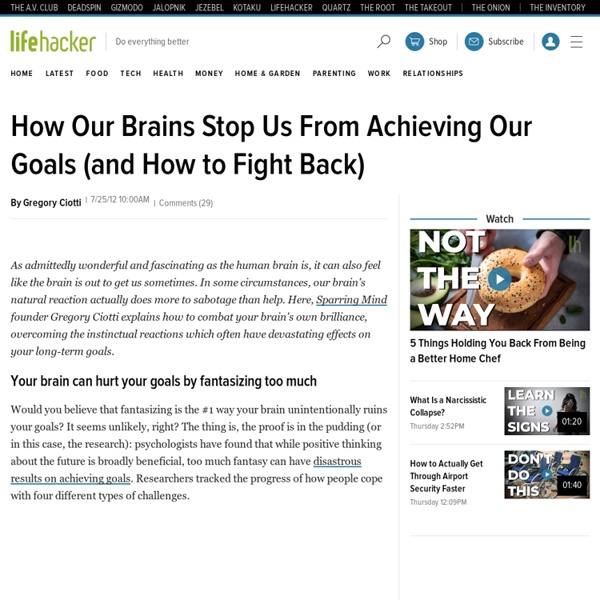 Inspire Me Now » Letting Go of Attachment, from A to Zen “Most of our troubles are due to our passionate desire for and attachment to things that we misapprehend as enduring entities.” ~Dalai Lama Editor’s note: This is a guest post from Lori Deschene of Tiny Buddha. If there’s one thing we all have in common it’s that we want to feel happy; and on the other side of that coin, we want to avoid hurting. Yet we consistently put ourselves in situations that set us up for pain. We pin our happiness to people, circumstances, and things and hold onto them for dear life. We attach to feelings as if they define us, and ironically, not just positive ones. In trying to hold on to what’s familiar, we limit our ability to experience joy in the present. When you stop trying to grasp, own, and control the world around you, you give it the freedom to fulfill you without the power to destroy you. It’s no simple undertaking to let go of attachment—not a one-time decision, like pulling off a band-aid. Experiencing Without Attachment Believe now is enough.

It Never Gets Better Peter Pronovost The damage that the human body can survive these days is as awesome as it is horrible: crushing, burning, bombing, a burst blood vessel in the brain, a ruptured colon, a massive heart attack, rampaging infection. These conditions had once been uniformly fatal. Now survival is commonplace, and a large part of the credit goes to the irreplaceable component of medicine known as intensive care. It’s an opaque term. Specialists in the field prefer to call what they do “critical care,” but that doesn’t exactly clarify matters. The difficulties of life support are considerable. But the emergency technicians continued CPR anyway. After six hours, her core temperature reached 98.6 degrees. First, her pupils started to react to light. What makes her recovery astounding isn’t just the idea that someone could come back from two hours in a state that would once have been considered death. On any given day in the United States, some ninety thousand people are in intensive care. “I need to get out!”

Push, push, push. Expanding your comfort zone. I’m 40 meters underwater. It’s getting cold and dark. It’s only the third dive in my life, but I’m taking the advanced training course, and the Caribbean teacher was a little reckless, dashing ahead, leaving me alone. The next day I’m in a government office, answering an interview, raising my right hand, becoming a citizen of Dominica. I’m in a Muslim Indian family’s house in Staten Island, washing my feet, with the Imam waiting for my conversion ceremony. I’m backstage at the TED Conference, about to go on, but I can’t remember my lines. I’m alone on a bicycle in a forest in Sweden. We’re in a filthy dorm-room apartment in Guilin, China, studying at the local university. The India Embassy official hands me a pseudo-passport that says I am now officially a “Person of Indian Origin” - a pseudo-citizen of India. I’m in the back of a truck in Cambodia, soaking wet, hitching a ride back to Phnom Penh after an all day bike ride. We’re in a hospital in Singapore, having a baby.

Kim Scheinberg's answer to Apple Inc.: How does Apple keep secrets so well? - Quora - Aurora Cool Dude Stuff The science behind what motivates us to get up for work every day 2.6K Flares Filament.io 2.6K Flares × The following post is a guestpost by Walter Chen, founder of a unique new project management tool IDoneThis. More about Walter at the bottom of the post. So, here is the thing right at the start: I’ve always been uncomfortable with the traditional ideal of the professional — cool, collected, and capable, checking off tasks left and right, all numbers and results and making it happen, please, with not a hair out of place. An effective employee, no fuss, no muss, a manager’s dream. I admit that I’ve never been able to work that way. Feelings provide important feedback during our workday. What does emotion have to do with our work? It turns out, quite a lot. Psychologists Teresa Amabile and Steven Kramer interviewed over 600 managers and found a shocking result. 95 percent of managers misunderstood what motivates employees. “The larger the monetary reward, the poorer the performance. – money doesn’t motivate us, at all, instead emotions do.”

Egyptian Women Confront Patriarchy But when her father, a religious conservative, saw electric prod marks on her body, they revived memories of his own detention and torture under President ’s government. “History is repeating itself,” he told her, and together they vowed to file a court case against the military rulers, to claim “my rights,” as Ms. Ibrahim later recalled. That case has proved successful so far. For the first time last month, an administrative court challenged the authority of the military council and banned such “tests.” Ms. But nearly a year after Mr. “Changing the patriarchal culture is not so easy,” said Mozn Hassan, 32, executive director of the seven-year-old group Nazra for Feminist Studies. Female demonstrators have suffered sexual assaults at the hands of Egyptian soldiers protected by military courts. Famous mainly as silent victims, women like the “blue bra girl” risk becoming mascots of the male-dominated uprising, said Ms. “That is the difference the Egyptian revolution has made,” Ms.

How to Remember Everything I’m in the middle of research for this article when I need to get something from another room. By the time I finish my five-second climb up the stairs, I’ve completely forgotten what it was I wanted and freeze until it hits me that I was grabbing my notebook... and some Mentos. I think. Memory loss is a natural symptom of aging, but it starts way before the grey hair and dentures — possibly when we’re as young as 20 . Some researchers blame forgetfulness on our tweeting and Googling, suggesting that multitasking and a constant influx of information may be hurting our memory . Forget Me Not — The Need-to-Know We receive an overwhelming amount of information every day, but the brain filters out most of it. So why do we always seem to struggle to find those house keys? No matter what the source of those memory problems, the good news is we’ve got you covered. Remember This! Improve General Memory Get some sleep. Move it. Work the mind. Study Smarter Study when it counts. Space out.

Infographics & Data Visualization | Visual.ly How to Find Your Purpose and Do What You Love “Find something more important than you are,” philosopher Dan Dennett once said in discussing the secret of happiness, “and dedicate your life to it.” But how, exactly, do we find that? Surely, it isn’t by luck. I myself am a firm believer in the power of curiosity and choice as the engine of fulfillment, but precisely how you arrive at your true calling is an intricate and highly individual dance of discovery. Still, there are certain factors — certain choices — that make it easier. Every few months, I rediscover and redevour Y-Combinator founder Paul Graham’s fantastic 2006 article, How to Do What You Love. What you should not do, I think, is worry about the opinion of anyone beyond your friends. More of Graham’s wisdom on how to find meaning and make wealth can be found in Hackers & Painters: Big Ideas from the Computer Age. Alain de Botton, modern philosopher and creator of the “literary self-help genre”, is a keen observer of the paradoxes and delusions of our cultural conceits.