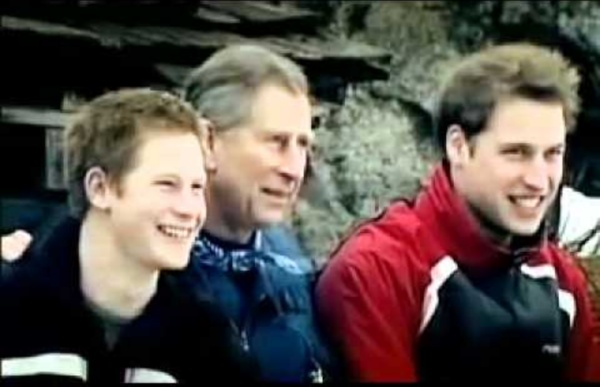 geography The Absurd, Bureaucratic Hell That Is the American Police State The Absurd, Bureaucratic Hell That Is the American Police State By John W. Whitehead July 28, 2014 “The greatest evil is not now done in those sordid ‘dens of crime’ that Dickens loved to paint. Whether it’s the working mother arrested for letting her 9-year-old play unsupervised at a playground, the teenager forced to have his genitals photographed by police, the underage burglar sentenced to 23 years for shooting a retired police dog, or the 43-year-old man who died of a heart attack after being put in a chokehold by NYPD officers allegedly over the sale of untaxed cigarettes, the theater of the absurd that passes for life in the American police state grows more tragic and incomprehensible by the day. Debra Harrell, a 46-year-old South Carolina working mother, was arrested, charged with abandonment and had her child placed in state custody after allowing the 9-year-old to spend unsupervised time at a neighborhood playground while the mom worked a shift at McDonald’s.

Conspiracy Theorists Are Obsessed With the Wrong ‘New World Order’ - DOUBLE propaganda, attempts to move truth in mind of reader from NWO to Climate Change...proves view on both is right EDITOR’S NOTE: This article originally appeared at TomDispatch.com. To stay on top of important articles like these, sign up to receive the latest updates from TomDispatch.com. You know the story: The globalists want your guns. They want your democracy. They’re hovering just beyond the horizon in those black helicopters. The only thing that stands in their way is—take your pick—the Second Amendment, Twitter, or Donald Trump. Conspiracy theorists have, in fact, been warning about just such a New World Order for decades, going all the way back to the isolationist critics of President Franklin Delano Roosevelt and to fears about the United Nations in the post-World War II moment. The Agenda 21 Dystopia On September 11, 1990, just after Saddam Hussein ordered the invasion of Kuwait and just before the reunification of Germany, George H.W. The elder Bush, who had long toiled in the shadow of Ronald Reagan, was in some ways a curious target for those who feared the end of US sovereignty.

AboveTopSecret.com: Conspiracy Theories, UFOs, Politics, and Man The Elite, the ‘Great Game’ and World War III This article was originally published in June 2011 The control of the US, and of global politics, by the wealthiest families of the planet is exercised in a powerful, profound and clandestine manner. This control began in Europe and has a continuity that can be traced back to the time when the bankers discovered it was more profitable to give loans to governments than to needy individuals. These banking families and their subservient beneficiaries have come to own most major businesses over the two centuries during which they have secretly and increasingly organised themselves as controllers of governments worldwide and as arbiters of war and peace. Unless we understand this we will be unable to understand the real reasons for the two world wars and the impending Third World War, a war that is almost certain to begin as a consequence of the US attempt to seize and control Central Asia. In his interesting book The Secret Team, Col. Prouty further states: The High Cabal and What They Control

How much do immigrants really claim in benefits? The charts above and below show that EU claimants are the smallest group receiving either working age benefits or tax credits. The data from the Department for Work and Pensions (DWP) and HMRC, also show that the majority of welfare recipients are British. In 2014, 4.9 million (92.6 per cent) working age benefit claimants were British while only 131,000 (2.5 per cent) were EU nationals. Likewise, in the latest data from 2013 for those tax credits, 3.9 million (84.8 per cent) families receiving the benefits were British citizens, 302,000 (6.4 per cent) were EU citizens and 413,000 (8.8 per cent) were from outside of the UK. But the data do show that among single families receiving either working family tax credit or childs tax credit, the majority of within non-UK claimants are from the EU: 157,600 single families from the EU receive one or both of the benefits while 146,000 of those from outside of the EU do. What does this all mean?

Free-Energy Devices, zero-point energy, and water as fuel The Power Principle A gripping, deeply informative account of the plunder, hypocrisy, and mass violence of plutocracy and empire; insightful, historically grounded and highly relevant to the events of today. This documentary is about the foreign policy of the United States. It demonstrates the importance of the political economy, the Mafia principle, propaganda, ideology, violence and force. It documents and explains how the policy is based on the interest of major corporations and a tiny elite to increase profits and the United States governments own interests in maintaining and expanding it's imperialistic influence. Inside the United States this has been made possible with a propaganda of fear for the horrible enemies like the Soviet Union, Communists and so on and a love for "free markets", "democracy", "freedom" and so on. Externally (and increasingly internally) this has caused massive poverty and suffering, genocide, war, coups, crushed unions and popular movements and environmental destruction.

New Obama Advisor John Podesta An Advocate For UFO Disclosure For all of you who hope the U.S. government will lift the veil on its alleged stockpile of evidence that Earth is being visited by extraterrestrials -- take heart. This week, former Clinton chief of staff and UFO advocate John Podesta was named as President Obama's newest advisor. Podesta, 64, has more than once publicly urged the U.S. government to release any UFO files that could help scientists determine "the real nature of this phenomenon." Podesta's stance on UFOs can be seen in the following video clip from the 2009 James Fox film, "I Know What I Saw." Adding more fuel to the fire, Podesta wrote the foreword to Leslie Kean's 2010 New York Times bestseller, "UFOs: Generals, Pilots, And Government Officials Go On The Record": I'm skeptical about many things, including the notion that government always knows best, and that the people can't be trusted with the truth. On Tuesday, Time Magazine listed five topics that Podesta and Obama haven't previously agreed on: Also on HuffPost: