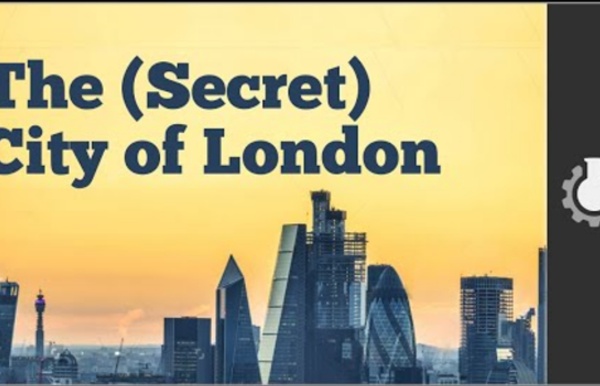 600 year old mystery manuscript decoded by University of Bedfordshire professor - beds.ac.uk AN award-winning professor from the University has followed in the footsteps of Indiana Jones by cracking the code of a 600 year old manuscript, deemed as ‘the most mysterious’ document in the world. Stephen Bax, Professor of Applied Linguistics, has just become the first professional linguist to crack the code of the Voynich manuscript using an analytical approach. The world-renowned manuscript is full of illustrations of exotic plants, stars, and mysterious human figures, as well as many pages written in an unknown text. Up until now the 15th century cryptic work has baffled scholars, cryptographers and codebreakers who have failed to read a single letter of the script or any word of the text. Over time it has attained an infamous reputation, even featuring in the latest hit computer game Assassin’s Creed, as well as in the Indiana Jones novels, when Indiana decoded the Voynich and used it to find the ‘Philosopher's Stone’. Many grand theories have been proposed. Notes to editor

The Cities That Live Behind Walls While you're in the area of Carcassonne, take a day trip 180 km east, you will find Aigues-Mortes, or as we can it "Carcassonne on the beach", a walled city rebuildt by Saint Louis in the 13th century, to become the only port in the mediterranean for the kingdom of France in this era, and the embarkation point for two crusades. SExpand It is also one of the first cities with a grid plan, making it look like a medieval New York, with it's streets and avenues crossing neatly. Digital Projects : Centre for Medieval and Early Modern Studies : The University of Western Australia The Centre supports digital scholarship, proof-of-concept explorations, and innovative new media projects in Medieval and Early Modern Studies. Members of the Centre are involved in cutting-edge research at the intersection of Medieval and Early Modern Studies and digital technologies, from electronic editions of Renaissance plays to interactive maps of the Latin Enlightenment, and beyond. These projects highlight the Centre's commitment to interdisciplinary research collaborations between scholars, libraries, museums, and other cultural heritage institutions in Australasia and abroad. Current CMEMS Digital Projects Beyond Authorship A project to employ innovative methods of quantitative and stylistic analysis typically used for authorship attribution testing, alongside more established bibliographical, literary-critical, and textual methods, to offer new answers to questions about the underlying common patterns and contrasts in plays performed in England between 1576 and 1642.

A Rare Look at the Tunnels Under San Francisco In the early ’90s my friends and I used to tape flashlights to the handlebars of our bikes and go riding around in underground storm drain tunnels. There was a whole network of these tunnels under the city that sat empty for most of the year. We would go for miles snaking up and down the sides of the tubes, clapping and yelling to see how far our echoes would carry, eventually popping out in some other part of the city covered in cobwebs and bat guano. When the tubes got too small, we laid down on skateboards and kept going. If we found a flooded part, we taped garbage bags around our legs and crossed our fingers. The overwhelming feeling of adventure was intoxicating. The concept of urban exploration was first given a name in San Francisco in the late ’70s by a group called the Suicide Club. As much of a bummer as that was, there are still a great number of underground spaces to explore around San Francisco.

Digital editions of medieval texts: Opportunities and challenges | CAMPS @ NUI Galway I gave a CAMPS Lab on 23 September 2011 with the title above. I’ve been involved in producing websites and multimedia now since 1997, when I started working as a copy-editor on Microsoft’s Encarta Encyclopedia (in the days when the online Brittanica was our biggest rival, and well before Wikipedia was heard of). I afterwards worked as web project manager, and since then, during my graduate student days and beyond, I’ve been involved in a number of academic digital projects. I wanted to share some reflections on this experience with the CAMPS group. Here are some summary thoughts below. Opportunities in digital humanities If we think of digital humanities simply as people working in humanities and using computers, then it’s already been around for quite a long time (esp. e-mail). Digitisation of existing paper resources.Creation of new online resources.Exploitation of the internet more generally (personal websites, texts and translations, photographs and media). Research: e.g. Challenges

Year 2000 problem The (French) sign reads "3 January 1900" instead of "3 January 2000" The Year 2000 problem (also known as the Y2K problem, the Millennium bug, the Y2K bug, or simply Y2K) was a problem for both digital (computer-related) and non-digital documentation and data storage situations which resulted from the practice of abbreviating a four-digit year to two digits. In 1997, The British Standards Institute (BSI) developed a standard, DISC PD2000-1,[1] which defines "Year 2000 Conformity requirements" as four rules: No valid date will cause any interruption in operations.Calculation of durations between, or the sequence of, pairs of dates will be correct whether any dates are in different centuries.In all interfaces and in all storage, the century must be unambiguous, either specified, or calculable by algorithmYear 2000 must be recognized as a leap year It identifies two problems that may exist in many computer programs. Background[edit] Programming problem[edit] The need for bit conservation[edit]

Medieval Manuscripts, Hypertext and Reading. Visions of Digital Editions How was a medieval manuscript meant to be read? This is a question that has concerned me for a long time in my work with Old Swedish manuscripts from Vadstena Abbey. In many manuscripts we can find traces of the historical reading situation; for example, pointing hands, marginal notes, etc. Such signals had an important function for the medieval reader, but they are rarely put forward in modern printed editions. I maintain that many of these paratextual notes can be explained with the help of hypertext theory, and be emphasized in a digital edition. I discuss this possibility by giving some examples from Scandinavian composite manuscripts. Copyright Association for Literary & Linguistic Computing 2004

Obama orders review of U.S. energy infrastructure BBC Four BBC Four launched on 2 March 2002,[1] with a schedule running from 19:00 to 4:00. The channel shows "a wide variety of programmes including drama, documentaries, music, international film, original programmes, comedy and current affairs ... an alternative to programmes on the mainstream TV channels. History[edit] BBC Four launched on 2 March 2002 at 19.00 GMT, having been delayed from the original planned 2001 launch. BBC Four was different from the old BBC Knowledge: the channel would be more heavily promoted with more new and original programming and the channel would not be broadcast 24 hours a day. On 12 May 2011, BBC Four was added to the Sky EPG in Ireland on channel 230.[5] Organisation[edit] BBC Four forms part of the BBC Vision group, and as a result, the channel controller is answerable to the head of this executive department: Emma Swain, as of 2012. Channel Editors of BBC Four have been: 2013-present: Cassian Harrison[11] BBC Four has an annual budget of £54.3 million.[3]