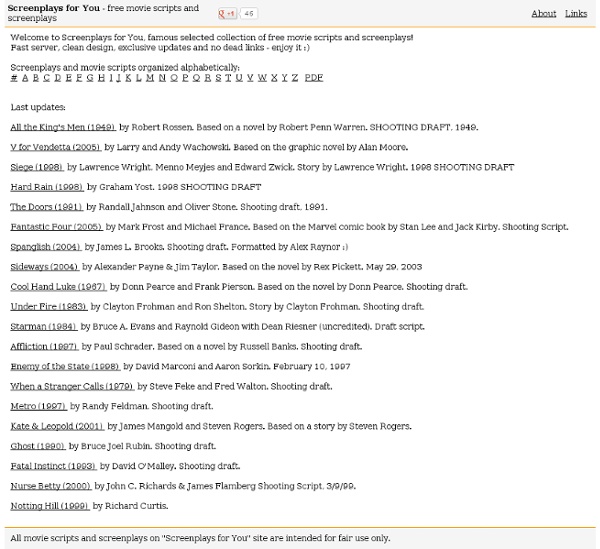 History of Communication Research Bibliography BEST of BTS | photography by Angus R Shamal A self portrait of Stanley Kubrick with his daughter, Jack Nicholson and the crew @ the set of The Shining. A selection of some of the most awesome Behind-the-scenes shots I’ve seen from some famous movies found at aintitcool.com. Back when set designs were huge and hand made, when special effects where mechanic and photographic and film stars were risking their lives on the set. on the set of Fritz Lang’s Metropolis — the actress inside the Maria robot taking a breather. The Empire Strikes Back - filming the Crawl. Rebel Without A Cause — James Dean, Natalie Wood and director Nicholas Ray. Sesame Street Requiem for a Dream — Jennifer Connelly strapped into a SnorriCam. The Gate (1987) — Giant special effect set. © Craig Reardon The Birds (1961) — Tippi Hedren with Hitchcock. Rio Bravo — Hawks and Angie Dickinson set of Alien. Ghostbusters. Superman on the set of Mothra (1961) - special effects director Tsuburaya Eiji Dr. Tron (1982) — David Warner and Bruce Boxleitner fuck around in costume.

Diversidade Digital Kevin Mitnick Links Web Pages www.kevinmitnick.com This seems to be the closest thing there is to an official Kevin Mitnick support site. Check out Emmanuel Goldstein's reviews of the first and second versions of the movie script for Takedown. There's also information about Kevin's defense fund and about the demonstrations planned for 6/4/1999. Due to some difficulties back in April '99, they had to set up a backup site for a while. Here's a directory of pictures , and here's another . www.freekevin.com This used to be a separate site in support of Kevin, but now acts as an alternate name for www.kevinmitnick.com. ID Card Auction There's an auction on Ebay for one of Kevin's photo ID cards. www.2600.com Home of 2600: The Hacker Quarterly. Guiness Records A page set up by 2600 to correct the errors in the "Most Notorious Hacker" record in the 1999 Guinness Book of World Records. Defense Fund Compilation CD Brendan Avery is working on a compilation album as a fundraiser for the Defense Fund. Execute Kevin!