Because Every Country Is The Best At Something 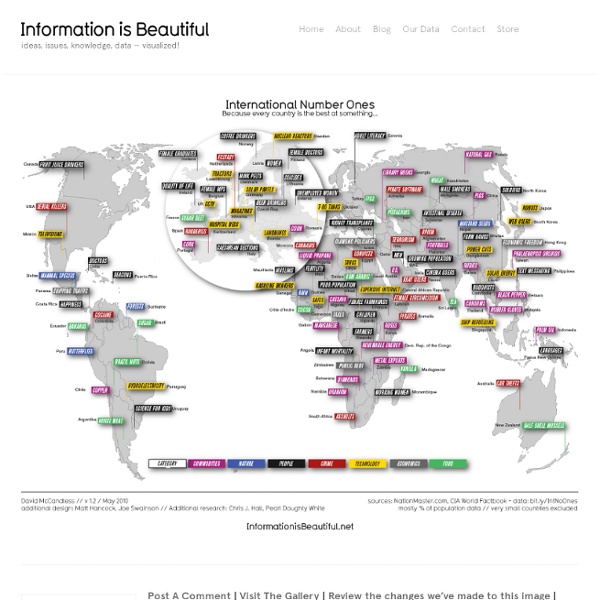 CMYK and The Four Seasons of Vivaldi Image Courtesy of Mot studio Her name is Laia Clos and after receiving her first degree in History of Art from the University of Barcelona she moved on to study Graphic Design at the Escola Massana. Graduating in 1997, she begun her professional experience, first with Compañía General de Ideas and later at the studio Enric Jardí. In 2006 she opened her own studio - ‘Mot’ and today she is teaching design at the Escola Eina - Universitat Autònoma de Barcelona - and is a board member of the ADG FAD. One of Clos' latest projects is called "Lesquatrestacions" - otherwise 'The Four Seasons' - and refers to the musical composition of the Italian 18th century composer, Antonio Vivaldi. Teens and Their Mobile Phones This post was written by Jenny Urbano, our Social Media Manager. Here at Demandforce, we love seeing and celebrating your ideas! And more than that, we love to hear from YOU. We want to bridge the gap between us and you, so that’s why we’re offering a once in a lifetime opportunity to win a trip to San Francisco, sightsee in this amazing city, visit Demandforce headquarters and share your ideas with us!

The Seven Needs of Real-Time Curators I keep hearing people throw around the word “curation” at various conferences, most recently at SXSW. The thing is most of the time when I dig into what they are saying they usually have no clue about what curation really is or how it could be applied to the real-time world. So, over the past few months I’ve been talking to tons of entrepreneurs about the tools that curators actually need and I’ve identified seven things. First, who does curation? Bloggers, of course, but blogging is curation for Web 1.0. Look at this post here, I can link to Tweets, and point out good ones, right? Desktop This software has been renamed to Gapminder World Offline Because of technical problems the software on this page is no longer being maintained! Please visit Gapminder World Offline (Beta) instead. Gapminder Desktop With Gapminder Desktop you can show animated statistics from your own laptop! Install the free software and watch the how-to video with Hans Rosling.

02.22.2010 - An afternoon nap markedly boosts the brain’s learning capacity If you see a student dozing in the library or a co-worker catching 40 winks in her cubicle, don’t roll your eyes. New research from the University of California, Berkeley, shows that an hour’s nap can dramatically boost and restore your brain power. Indeed, the findings suggest that a biphasic sleep schedule not only refreshes the mind, but can make you smarter. Manga farming 12 Apr 2010 Tokyo-based artist Koshi Kawachi recently demonstrated his "Manga Farming" technique -- which uses old manga as a growing medium for vegetables -- by cultivating a crop of radish sprouts in an installation at the Matsuzakaya department store in Nagoya. [Link: Koshi Kawachi]

15 Modern Bathtubs January 14, 2010 by Thomas Hardy Vascabarca Boat Shaped Bathtub Source 2010 May 19 - Milky Way Over Ancient Ghost Panel Discover the cosmos! Each day a different image or photograph of our fascinating universe is featured, along with a brief explanation written by a professional astronomer. 2010 May 19 Milky Way Over Ancient Ghost Panel Credit & Copyright: Bret Webster Tomorrow's picture: galaxy with jet Authors & editors: Robert Nemiroff (MTU) & Jerry Bonnell (UMCP)NASA Official: Phillip Newman Specific rights apply.NASA Web Privacy Policy and Important NoticesA service of:ASD at NASA / GSFC& Michigan Tech. Roll it Experimental Housing / University of Karlsruhe Roll It, a cool experimental house, resulted from the collaboration among different institutes within the University of Karlsruhe. This cyclindrical design is a modular protype that provides flexible space within a minimum housing unit. Three different sections are dedicated to different functional needs: there’s a bed and table in section, an exercise cylinder, and a kitchen with a sink. More images and more about the prototype after the break. Structurally, the prototype includes an outer shell with the four support rings over a rigid inner shell.