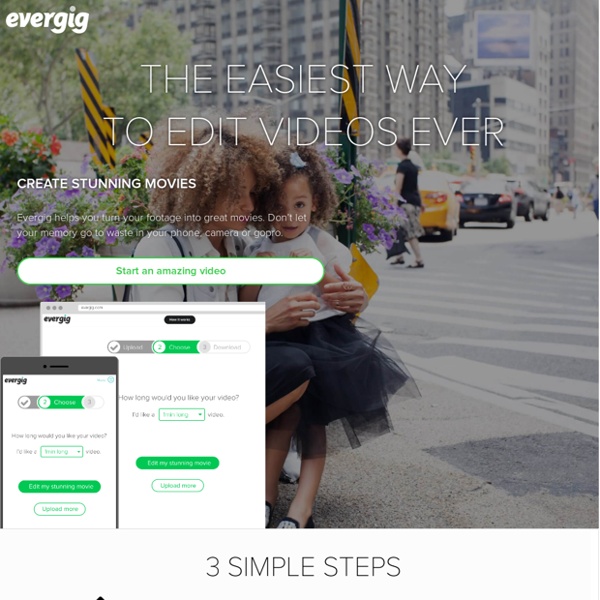 Stock Music Licensing for Video, Photography & Film - The Music Bed SNAP! | A collection of films short enough to watch in your lunch break Lunch breaks can be all too precious and when in the middle of a deadline, it can be hard to get away from the desk. Next time you find yourself grabbing a quick 10-15 minute desk lunch, instead of scrolling emails and jotting down notes between bites of a turkey sandwich, sit back and enjoy these short films. These guys did an awesome job of collecting a series of films which are perfect for those rushed lunches. Take a deep breath, settle your napkin, relax and actually enjoy your meal. Bon appétit! 1. ’7:35 in the Morning’ Have you ever watched a musical and considered how absurd the characters must be for breaking into song every few minutes? 2. Beatlemaniacs, take note: In 1969, a 14-year-old boy snuck into John Lennon’s hotel room and recorded a 5-minute conversation with the Beatle. 3. In 1967, a young Martin Scorsese was at NYU film school, where he made this dark and compelling short. 4. 5. For police officers, every traffic stop has the potential to turn deadly. 6. 7. 8. 9. 10.

Pure Charts by Charts in France : actualité musique, classements, clips, concerts videos.antville.org Amazing Underrated Obscure Bizarre Films PART 11 list I really dig this IMDB plot summary, it paints a mysterious picture to get you interested while not giving away anything crucial, it's like a good trailer: A psychiatrist, Richard Burton, investigates the savage blinding of six horses with a metal spike in a stable in Hampshire, England. The atrocity was committed by an unassuming seventeen-year-old stable boy named Alan Strang, the only son of an opinionated but inwardly-timid father and a genteel, religious mother. As Dysart exposes the truths behind the boy's demons, he finds himself face-to-face with his own.

Re/Ec, Regardez / Ecoutez Interview clips avec Kid Francescoli A l’occasion de son prochain album With Julia (sortie le 22/04), Kid Francescoli nous a accordé une interview pour parler clips : créations originales, anecdotes, inspirations… Xavier : Tu as l’air de porter une importance particulière aux clips, qu’est ce que ça représente pour toi ? Kid : Déjà c’est un moyen de communication fort, ... Maya Jane Coles / Comfort 2014 / I/AM/ME / real : Jonas Lord On savait la productrice anglais sombre et étrange, la sortie du clip de Comfort nous le confirme. 10 VIDEOS The GOVERNMENT DOESN'T WANT YOU TO SEE [VIDEO] - Secrets of the FedSecrets of the Fed In the current age of technology, while the internet is still free, information is accessible like no other time in history. The ability to keep information from the public is not as easy as it once was. Here are 10 videos the government does not want you to see! Halliburton subsidiary Dyncorp, a private military contractor based out of the United States, continued to receive government contracts even after it was learned that they had been directly involved in human-trafficking sex slavery rings. Former U.S Congresswoman Cynthia McKinney (D) confronted Donald Rumsfeld on the issue in 2005, a video that was completely ignored by the media. More info: U.S. stalls on human trafficking – Chicago Tribune Retired General Wesley Clark, who spent years in NATO and the Department of Defense, admitted in 2007 (before Obama became president) that after 9-11 he was shown plans to invade 7 countries which included Syria, Libya and Iran, proving Obama picked up right where Bush left off. Comments

17 Movies You Should Make Time For | WeKnowMemes – November 17, 2013Posted in: Lists, TV and Movies, Vertical 17 Movies You Should Actually Make Time For 1Share 223Share Related posts: Film Screening: “Double Indemnity” In this lesson we are going to examine Billy Wilder’s 1944 masterpiece Double Indemnity. This lesson will be followed by a short quiz to test your knowledge of the film and its production. If you have not seen the film we instruct you to view it before proceeding to the lesson. If you have already seen the film, this may be a good time to revisit it. IMDB Watch Double Indemnity on Amazon Instant Video Purchase Double Indemnity on Amazon Director: Billy WilderWriters: Billy Wilder, Raymond ChandlerCinematographer: John F. Indemnity is a 1944 American film noir, directed by Billy Wilder, co-written by Wilder and Raymond Chandler, and produced by Buddy DeSylva and Joseph Sistrom. The film stars Fred MacMurray as an insurance salesman, Barbara Stanwyck as a provocative housewife who wishes her husband were dead, and Edward G. Praised by many critics when first released, Double Indemnity was nominated for seven Academy Awardsbut did not win any. Plot The couple carry out their plan. Mr. Writing