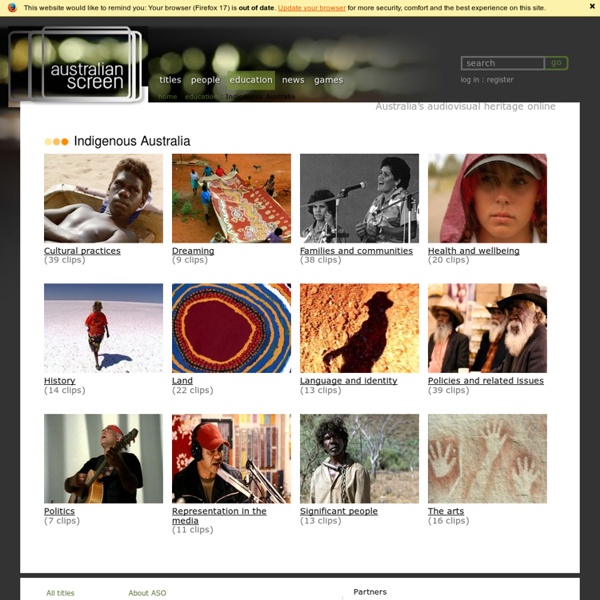 Australia Australia's ecosystem is an unusual one because of its remote location. As a result, there are many animal species that occur here and nowhere else in the world, such as the platypus, kangaroo, echidna, and koala. Australia has 516 national parks to protect its unique plants and animals. One of Australia's most amazing sites rises like an enormous whale's back from a flat red-soil desert called the Red Center. This site is called Uluru, and it is a sacred natural formation at the heart of the country. Rising 1,100 feet (335 meters) tall, it is the largest rock in the world!

Australia Australia's ecosystem is an unusual one because of its remote location. As a result, there are many animal species that occur here and nowhere else in the world, such as the platypus, kangaroo, echidna, and koala. Australia has 516 national parks to protect its unique plants and animals. Australia: Fears Over New 'Stolen Generation' By Jonathan Samuels, Australia Correspondent Campaigners are asking for the law to be changed to help rescue thousands of Aboriginal children in Australia from extreme neglect. Alcohol abuse is rife amongst indigenous communities and children are being abandoned while their parents drink. In some rural areas it is common to see toddlers in nappies wandering around unsupervised, even begging for food or warm clothing. Many non-indigenous families are so concerned that they have been taking children off the streets and into their homes without formal permission. They want the law changed to make it easier for white Australians to foster or adopt Aboriginal children.

Australia Day Australian animals and birds are favourites with children the world over, and here you can learn a... A fun collection of Australian themed colouring pages to print for the kids, including Australian... Just for Australia Day, enjoy these fun Australia Day colouring pages for younger children, showing... First Fleet Recently we celebrated Australia day on the 26th of January. But why do we mark it on that day in particular? To answer that question, Sarah will take you back in time to 1788, to meet some kids who came to Australia on the First Fleet. Kid 1: “My name is John Hudson and I'm nine years old.

Australia Map / Map of Australia - Facts, Geography, History of Australia Australia whose name comes from the Latin word australis, meaning "southern", has a population of 23,480,939 and gained its independence in 1918. The initial inhabitants of Australia traveled here from far-southeast Asia, and from the Torres Strait islands. From their initial settlements in the north some 70,000 years ago, their individual lifestyles and cultural traditions eventually spread across this vast uncharted land.

Australia Facts for Kids: Facts about Australia for Kids Interesting Facts for Kids Here are some interesting Australia Facts which were chosen and researched by kids especially for kids. Name: Commonwealth of AustraliaGovernment: DemocracyPopulation: 23, 6 million (2013)Capital: Canberra with 380,000 people (2013)Language: English Australia Geography Australia is the smallest inhabited continent of the seven continents can also be considered the largest island in the world. Australia : Activities - Cinema - Games to print - Interactive games - History - Information - Lesson plans - Webquests - Listening - Maps - Photos - Songs - Stories - Videos - Vocabulary Trishan's Oz : History - People - Places - Things - Facts - Animals (panique.com.au) Passport Australia : Videos - Interactive features - Slideshow... (channelone.com) AUSTRALIA.com - Travel and Tourism (australia.com) Geography of Australia - PowerPoint Presentation (classroom.jc-schools.net) 'A View On Cities', a site dedicated to the sights and attractions in some of the world's greatest cities. (aviewoncities.com) Picture Australia - (from Australia's cultural institutions) - "a gallery of people, places, events and objects" (pictureaustralia.org) 50 Insane Facts about Australia - an infographic (static.neatorama.com) 10 ways to survive in the wild "A British teenager has survived a fortnight lost in the Australian bush. What are the dos and don'ts of staying alive in terrain like that?... He survived on berries, leaves and water, and slept under logs.