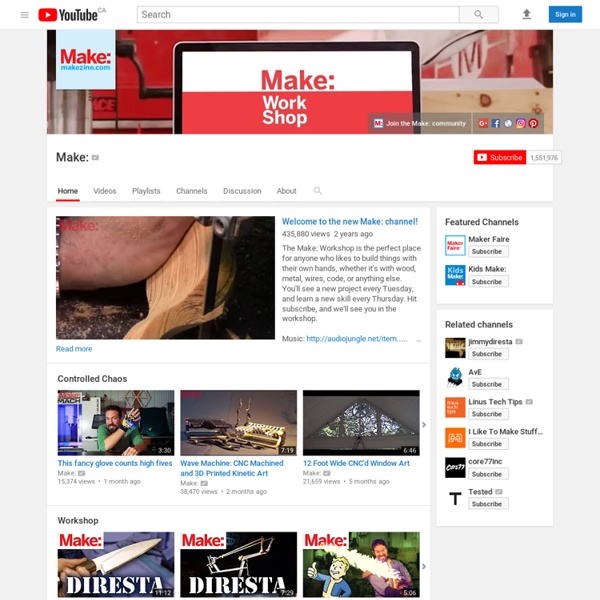 The iPad Guide - How to Get the Most Out of the iPad When the iPad was released, Steve Jobs called it "magical". And in many ways, he was right. The iPad is a great device capable of doing everything from streaming movies to entertaining you with great games to becoming your digital library to simply letting you surf the web on your couch. Unfortunately, one of it's magical qualities isn't to instantly allow you to know all of the great ways to use the device.

Freetech4Teachers This page is where you can find resources related to my presentations about creating effective blogs and websites to complement instruction. How to create a Blogger blog. How to turn on comment moderation in Blogger. How to use Evernote to enhance your productivity and improve your understanding of medicine Readers of the iMedicalApps forums will have seen that Evernote was rated particularly highly by a number of commenters when asked ‘How do you use mobile technology to help with your studies’. As a result of this, I was encouraged to try Evernote out for an extended period and see what impact it could make upon my learning. I am pleased to say that I have now had enough time to explore Evernote and can now highly recommend it as one of the best note taking apps for medical purposes. So without further ado… What is Evernote? Evernote is an app available on a wide range of devices including Desktop, Web, Android, iPhone, iPad, Blackberry, Windows 7 that allows you to ‘Capture anything’.

Organizers Forms, Templates, Documents The Organizers sub-category contains forms that can be useful when planning daily schedules or organizing personal information. These forms include Event Mailing Organizer, Address Book, and a Weekly Planner. Teacher’s Attendance and Roll BookThe Teacher’s Attendance and Roll Book is designed for keeping classroom attendance records on a monthly basis. Next Page » 15 Favorite iPad Apps As Selected By Teachers Out of 125 responses from teachers indicating their top 3 apps, these are the apps that were listed most often. Over the last few weeks, we ran a survey asking teachers to tell us about two or three of their favorite iPad apps that they use in an education-related context. Today we share the apps that were listed most often, and include some feedback from teachers regarding why they like them so much. As it turns out, free apps really outweighed paid apps in our survey responses.

How the iPad Is Changing Education The iPad may only be two years old, but it's already begun to change many things. Reading is one of them. Work is another. It is selling like crazy, but it will be some time before most of the people you know own a tablet. The market for this type of device may only be in its infancy, but it's already becoming clear how it will revolutionize certain aspects our lives. Education is a huge one, as recent developments have demonstrated. 10 Ways to Optimize Your iPad for Kids With Special Needs When we think about ways the iPad has changed the world, our minds usually shoot to publishing, entertainment, or mobile communication. For the community of people living with disabilities, the iPad may have broken even more ground. The iOS device is not only cool, but provides education, therapy and, of course, entertainment. Last summer, Mashable explored ways iPads are making these changes. Now we're following up with Sami Rahman, the father of 4-year-old Noah and co-founder of BridgingApps, the Internet's largest database of special needs app and reviews.