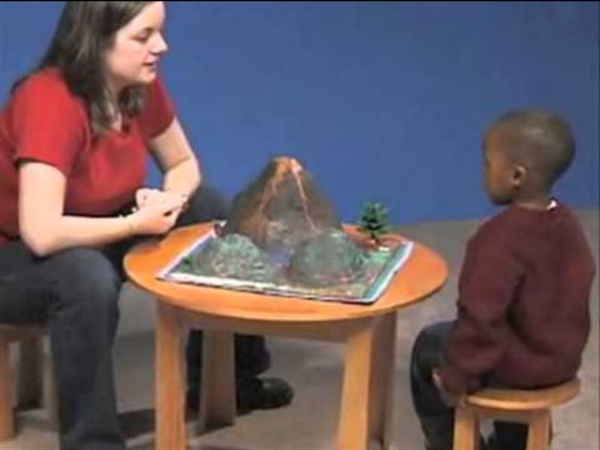 What teens really want to know about sex On the first day of my Sexuality and Society class, I don’t pass around anatomy drawings. I don’t hand out pamphlets about safer sex, although those are stacked on a table near the door. Instead, the first thing I do is establish ground rules. People should speak for themselves, laughter is OK, we won’t ask “personal history” questions, and we’ll work to create a community of peers who care about and respect one another. Only then can we get to work. I’m all about context. In the back corner of my classroom is an old shoebox with a hole cut into the top of it. Here are some actual questions from students and my answers to them. Why is sex so good? There are two ways to answer this question. A part of the body that brings sexual pleasure when stimulated is called an erogenous zone. The second reason sex feels good is that humans have developed the emotional capacity to feel love, intimacy, and passion. When is someone emotionally and physically ready for sex? Featured image via iStock.

Time checks for Piaget's Stages of Development Content Knowledge Definition The term content knowledge refers to the body of knowledge and information that teachers teach and that students are expected to learn in a given subject or content area, such as English language arts, mathematics, science, or social studies. Content knowledge generally refers to the facts, concepts, theories, and principles that are taught and learned in specific academic courses, rather than to related skills—such as reading, writing, or researching—that students also learn in school. While the term may be considered unnecessary jargon by some, the use of “content knowledge” has grown significantly in recent decades, in large part because educators now commonly use the term as a shorthand way to articulate a useful technical distinction between “knowledge” and “skills” (see Debate below for further discussion). For related discussions, see core course of study, curriculum, and learning standards. Reform Debate Recommended APA Citation Format Example: Hidden curriculum (2014, August 26).

Children with English as home language are now in the MINORITY in 1,600 school across Britain Punjabi is the most frequently spoken language among pupils who do not have English as a first language By Suzannah Hills Published: 18:48 GMT, 22 March 2012 | Updated: 11:12 GMT, 23 March 2012 The number of children who count English as their mother tongue are now in the minority at more than 1,600 schools across England. The new figures show that close to one million children who now attend schools in England do not have English as their first language at home - with the multicultural effects of migration now showing in the nation's classrooms. And the amount of schools with a majority of pupils who do not class English at their home language is steadily increasing by one a week. Classrooms across Britain are becoming more multicultural with one in six youngsters in Primary Schools not having English as a first language There are 97 schools where children with English as their first language are in such a minority that they make up less than one in twenty pupils.

Schizophrenia Revealed To Be 8 Genetically Distinct Disorders Just over 1 percent of the American population has been diagnosed with schizophrenia, a severe mental disorder that causes debilitating symptoms including paranoid delusions, auditory hallucinations, and impaired social behavior. A new study has revealed that schizophrenia is not one disease, but eight disorders with genetically distinct causes. This could dramatically change how schizophrenia is diagnosed and treated. The research was led by C. To identify the genetic roots of schizophrenia, Cloninger’s team analyzed the genomes of 4,200 individuals diagnosed with schizophrenia and 3,800 controls. They were then able to sort the schizophrenic patients by symptom type and severity and compare SNPs. “Genes don’t operate by themselves. Previous studies have found weak affiliations between individual genes and schizophrenia, though it was hard to reproduce the results. Read this next: What Are Gravitational Waves?

Bakhtin: Main Theories Key Terms in Bakhtin's Theory The Utterance or Word In Bakhtin's view, an expression in a living context of exchange--termed a "word" or "utterance"--is the main unit of meaning (not abstract sentences out of context), and is formed through a speaker's relation to Otherness (other people, others' words and expressions, and the lived cultural world in time and place). A "word" is therefore always already embedded in a history of expressions by others in a chain of ongoing cultural and political moments. An utterance/word is marked by what Bakhtin terms "Addressivity" and "Answerability" (it is always addressed to someone and anticipates, can generate, a response, anticipates an answer). "I live in a world of others' words." Heteroglossia and Polyphony Dialogue/Dialogic/Dialogism Selections from Writings From Mikhail Bakhtin, Speech Genres and Other Late Essays. Any understanding of live speech, a live utterance, is inherently responsive... References & Bibliography Bakhtin, M. -----. -----.

Cours de psycho sociale Our Use Of Little Words Can, Uh, Reveal Hidden Interests Katherine Streeter for NPR One Friday night, 30 men and 30 women gathered at a hotel restaurant in Washington, D.C. Their goal was love, or maybe sex, or maybe some combination of the two. They were there for speed dating. The women sat at separate numbered tables while the men moved down the line, and for two solid hours they did a rotation, making small talk with people they did not know, one after another, in three-minute increments. I had gone to record the night, which was put on by a company called Professionals in the City, and what struck me was the noise in the room. What were these people saying? And what can we learn from what they are saying? That is why I called James Pennebaker, a psychologist interested in the secret life of pronouns. About 20 years ago Pennebaker, who's at the University of Texas, Austin, got interested in looking more closely at the words that we use. The. "Function words are essentially the filler words," Pennebaker says. Some of those questions included:

Jean Lave, Etienne Wenger and communities of practice contents: introduction · communities of practice · legitimate peripheral participation and situated learning · learning organizations and learning communities · conclusion · references · links · how to cite this article Many of the ways we have of talking about learning and education are based on the assumption that learning is something that individuals do. Furthermore, we often assume that learning ‘has a beginning and an end; that it is best separated from the rest of our activities; and that it is the result of teaching’ (Wenger 1998: 3). But how would things look if we took a different track? Supposing learning is social and comes largely from of our experience of participating in daily life? Jean Lave was (and is) a social anthropologist with a strong interest in social theory, based at the University of California, Berkeley. Communities of practice In some groups we are core members, in others we are more at the margins. The characteristics of communities of practice References

The Good Listener: What's The Perfect Soundtrack To Teenage Flirtation? : All Songs Considered We get a lot of mail at NPR Music, and amid the Bachelor Bouquets we ordered ourselves in order to appear loved is a slew of smart questions about how music fits into our lives — and, this week, thoughts on music to play at a dance for nervous, flirtatious teenagers. Nanna writes via Facebook: "This Valentine's Day, I will attend a formal thrown for freshman and sophomore college students in the Netherlands — they are giving us, the lecturers, free drinks, so how could I not? — and I'm already massively looking forward to observing awkward late-teens eyeing each other and trying to flirt. What would be the best soundtrack to this particular event?" These teenagers in the 1998 film Can't Hardly Wait needed their own nostalgia â which is why today's teenagers might not connect with Can't Hardly Wait the way an earlier generation did. Columbia Pictures hide caption itoggle caption Columbia Pictures Columbia Pictures Got a music-related question you want answered?

How Language Seems To Shape One's View Of The World "It's on the left," he says. "No, it's southeast of here," she says. iStockphoto hide caption itoggle caption iStockphoto "It's on the left," he says. iStockphoto Lera Boroditsky once did a simple experiment: She asked people to close their eyes and point southeast. She says the difference lies in language. If you want to learn another language and become fluent, you may have to change the way you behave in small but sometimes significant ways, specifically how you sort things into categories and what you notice. Researchers are starting to study how those changes happen, says Aneta Pavlenko, a professor of applied linguistics at Temple University. If people speaking different languages need to group or observe things differently, then bilinguals ought to switch focus depending on the language they use. For example, she says English distinguishes between cups and glasses, but in Russian, the difference between chashka (cup) and stakan (glass) is based on shape, not material.