Official Site of the Philadelphia Eagles 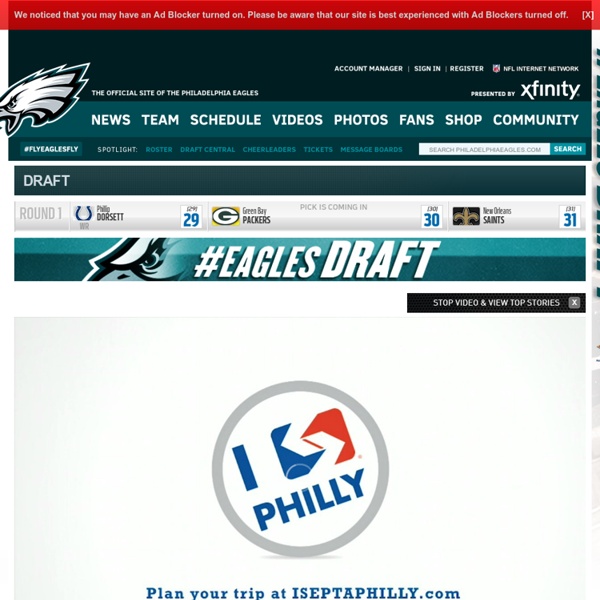 Largest Cyber-Attack in History Hits Pro-Hong Kong Protest Websites Websites supporting the pro-democracy protesters in Hong Kong have been hit with a series of DDoS attacks which have been described as the largest in history.(Bobby Yip/Reuters) A series of cyber attacks against websites supporting Occupy Central protestors in Hong Kong have been described as the biggest cyber attacks ever recorded. Over the last few months two independent news websites which have been covering the Occupy Central protests which began in September following the announcement of a decision by China's Standing Committee of the National People's Congress on proposed electoral reform. How to start your life over from scratch? If you had to walk away from your life in a split second, how would you start over? Writing a short story about a character who has to leave everything behind in his life with no prior warning. Literally set up as walking down a street and sees "x event" (something from his past) and realizes that everything associated with his current identity is compromised. Consider he has no wish other than to get away undetected and set up a new identity from scratch with only the clothes on his back and the twenty odd dollars in his pocket. I'm struggling with how my character can accomplish this. It seems like obtaining official forms of ID is a lot harder these days than just splicing a photo booth picture of yourself over someone else's drivers license a la The Fugitive or stealing the SSN of someone who is deceased like in Enough.

Bald Eagles, Bald Eagle Pictures, Bald Eagle Facts The bald eagle, with its snowy-feathered (not bald) head and white tail, is the proud national bird symbol of the United States—yet the bird was nearly wiped out there. For many decades, bald eagles were hunted for sport and for the "protection" of fishing grounds. Pesticides like DDT also wreaked havoc on eagles and other birds. These chemicals collect in fish, which make up most of the eagle's diet.

Sumolounge: Urban Lounge Gear Looking for a perfect 10? Omni beanbag chairs, the original super-sized beanbags from Sumo has your number: Choose the color of your beanbag chair - 10 achingly fashionable colors to choose from Configure your beanbag chair in 10 different positions (discovered so far - some say we lack imagination) Our giant beanbags measure big - 4.5' X 5.5, but weighs little - just 18lbs Space age rip-proof nylon, stays new looking - easy to clean Our beanbags are filled with top quality Sumo beads Wondering what to do with the best beanbag chair you will ever own? Lounge in your living room, rock out on video games in your bedroom, or just relax next to the fireplace.

Why the Sony hack is unlikely to be the work of North Korea. Everyone seems to be eager to pin the blame for the Sony hack on North Korea. However, I think it’s unlikely. Here’s why:1. The broken English looks deliberately bad and doesn’t exhibit any of the classic comprehension mistakes you actually expect to see in “Konglish”. i.e it reads to me like an English speaker pretending to be bad at writing English. Vanishing Point: How to disappear in America without a trace Where there's water, life is possible. True, it may be very difficult and very hard to live, depending, but anyone who's driven, hiked, or camped in the American South West will have noticed that cities and ranches crop up where there's surface water or where there's been a well dug. Within the state of California, Nevada, Arizona, Utah, New Mexico, and Colorado, there are deserts, mesas, mountains, and forests where normally people never or rarely visit; not-so-secret places where there's water, access to a road within a day's hike, and where a fairly rugged individual may hide while remaining basically healthy, marginally well fed, and reasonably sane. In this section I'll look at two such environments, neither of which I would recommend, but one of which I'd suggest is a reasonable way to live in basic health while either on the run, hiding out from the law, old girl friends, the draft for an illegal war, putative wives and such.

Bald Eagle Genus: Haliaeetus Species: leucocephalus Description: Bald eagles are one of the most recognizable birds in the United States. If you don’t remember what a bald eagles looks like, simply pull out a quarter or a dollar. An eagle is shown on the back of the quarter and holding an olive branch and arrows on the one dollar bill. Bald eagles are large, predatory raptors. They are dark brown on the body and wings. Siberian pipeline sabotage The Siberian pipeline sabotage refers to the alleged 1982 sabotage of the Soviet Urengoy–Surgut–Chelyabinsk natural gas pipeline by the CIA as a part of a policy to counter Soviet theft of Canadian technology. Background[edit] The Trans-Siberian Pipeline, as planned, would have a level of complexity that would require advanced automated control software, Supervisory Control And Data Acquisition (SCADA).