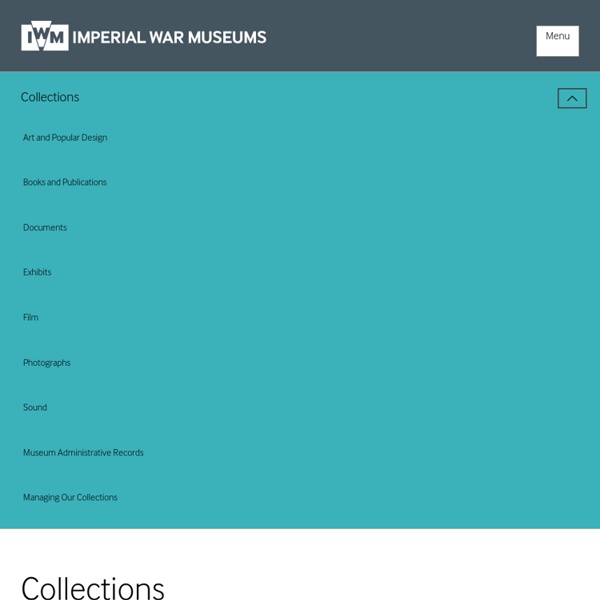 IWM’s collections cover all aspects of twentieth and twenty-first century conflict involving Britain, the Commonwealth and other former empire countries. They were intended to record the 'toil and sacrifice' of every individual affected by war. Our collections stretch from the everyday to the exceptional. Alongside the material that has been commissioned or created for official or military purposes are the personal responses to eye-witnessed events and the tokens that ordinary people have given to IWM so that their experience of war, or that of their family, can be passed on to future generations. The Museum’s own administrative records, dating from our foundation in 1917 are held by the Museum Archive. IWM supports and encourages research into our collections and they are open to the public.

The Propaganda War Propaganda was not unique to the Korean War, but the of propaganda use was brought to a new level in Korea. Most leaflets were dropped from aircraft as one leaflet below illustrates. They were printed on low quality paper in one or two colors. Most leaflet were directed at the enemy, but as the last one on this page illustrates, some were used to thank and encourage the UN troops for a job well done. Imagine being cold, tired, demoralized and far from home. Even without a translation, the message is clear on this leaflet. The leaflet above reads:"All (of us -meaning the Chinese) are getting wounded and hurt and we don't have proper medical facilities." Left:"Everyone is in trouble because of this disaster. Ray Jones a former MP at Panmunjom in 1969-70 graciously offered to translate these propaganda leaflets for me. This leaflet reads: "The UN troops treat them good." This leaflet reads:(1) I happened to hear a couple of soldiers talking. This is a Safe Conduct Pass. | PFC GEORGE E.