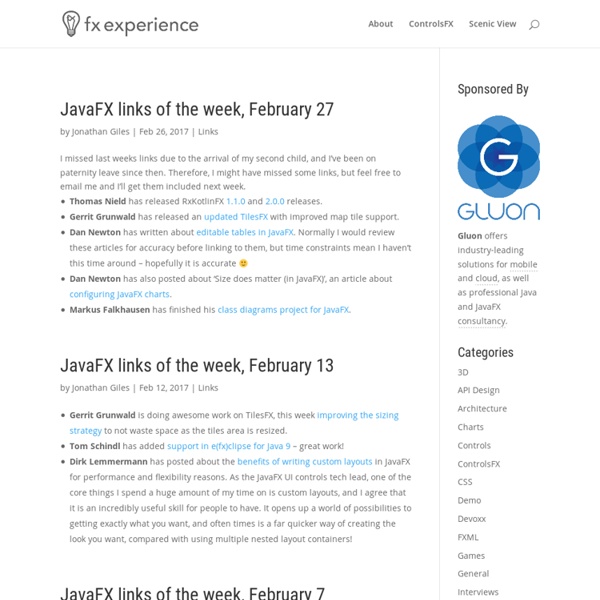 FX1.2: Understanding Bounds Posted by aim on July 9, 2009 at 8:15 PM PDT This is the first in a series of articles to cover layout for JavaFX 1.2. We changed the api a bit (for the better of course), but that hasn't made it any easier to explain. The visuals displayed within a JavaFX scene are fully represented by a 2D scene graph where each visual element (line, path, image, etc) is represented by a distinct node with variables that can be easily manipulated dynamically. Bounds Class In JavaFX1.2, a node's rectangular bounds are represented by the Bounds class which provides init-only minX, minY, maxX, maxY, width, height variables. Note: The Bounds class was introduced in JavaFX1.2 in anticipation of adding Z in the future. Node Bounds Variables A Bounds object is always relative to a particular coordinate system, and for each node it is useful to look at bounds in both the node's local (untransformed) coordinate space, as well as in its parent's coordinate space once all transforms have been applied. Group Bounds

Optimization Algorithm Toolkit (OAT) About About The Optimization Algorithm Toolkit (OAT) is a workbench and toolkit for developing, evaluating, experimenting, and playing with classical and state-of-the-art optimization algorithms on standard benchmark problem domains. The software includes reference algorithm implementations, graphing, visualizations, and much more. OAT provides a functional computational intelligence library for investigating existing algorithms and problems, as well as implementing new problems and algorithms. Built on top of this library is a simple explorer and experimenter graphical user interface to provide a basic understanding of the functionality in the library. OAT is designed for three core classes of user: Interested Amateurs that may, or may not have training in artificial intelligence and computer science, and that are interested in playing with algorithms and problems in the explorer and experimenter graphical user interfaces. Features

dooapp/FXForm2 @ GitHub Stop coding forms: FXForm2 can do it for you! FXForm2 is a library providing automatic JavaFX 2.0 form generation. How does it work? Write your model bean The model bean that should be edited in your interface Generate Form Let FXForm do the hard work for you! Style it! Using CSS and resource bundles Main features include: Automatic form generation and binding to bean properties CSS support Bean Validation handling (JSR 303) Fields reordering and filtering Tooltips Localization Download See GitHub repository. Documentation See wiki. License FXForm2 is licensed under the Lesser GPL license. e(fx)clipse - JavaFX 2.0 Tooling and Runtime for Eclipse bash on Mac OS X bash on Mac OS X Pages: 1, 2 Regular Variables A regular variable typically holds a piece of information that you use frequently. Because variables in shell scripts are loosely typed, unlike C and Java, variables can hold virtually anything: a number, string, or composite value such as an array or hash. Creating a variable is pretty painless: name=value, and retrieving its value is almost as easy: $name. Thus, if you wished to see the current date when opening a new Terminal window, you could place the following lines in your profile: mydate=`date "+%H:%M:%S %m/%d/%y"` echo "hi $USER, the current time is $mydate" For more information on shell scripting, refer to Chris Stone's series of articles mentioned in the introduction. Environment Variables Environment variables are essentially a special case of shell variables; they are visible to all child processes that are spawned from the shell. By convention, the names of environment variables are all uppercase. Aliases Setting Your Prompt

JavaFX 2.0 With Alternative Languages - Groovy, Clojure, Scala, Fan... jMetal visage - Declarative language for expressing user interfaces Visage is a domain specific language (DSL) designed for the express purpose of writing user interfaces. A Visage application models the user interface you are designing both in appearance and function. For example, the following Visage code will create a simple application that prints the text "Hello World": The above code demonstrates the proposed syntax for how Visage will work with the JavaFX platform. The Visage language has the following benefits: Declarative Object Construction - Code looks like the UI it is representing. If you would like to help out with this project, please join the Google Group. Apress generously contributed the rights to the Visage Language Guide, which is originally from the Pro JavaFX Platform book title. HowDonationsWork

Blog - Agile lifestream Jim Weaver’s Rich-Client Java Blog Tyler Durden’s 8 Rules of Innovation We all want to do remarkable things, and lead remarkable lives. No one wants to spend the day engaged in mundane productivity in pursuit of a meaningless consumer existence. Certainly not you, right? So why do we find it so hard to break out of our rut and do truly innovative things? Because it’s hard. It’s almost like becoming another person. I Know This Because Tyler Knows This… If you haven’t seen the movie Fight Club (or read Chuck Palahniuk’s excellent novel), I won’t spoil the fantastic plot twist where we come to understand who Tyler Durden really is. At its core, Fight Club is about living the life you truly want to live, and the hard path to getting there. Luckily, Tyler says a lot of things that apply directly to innovative action. Tyler’s First Rule of Innovation: “No fear. This is the most important lesson, and it’s the one people struggle with and resist. But believe it or not, this is how I’ve been running my businesses for the last 10 years. Tyler’s Second Rule of Innovation: