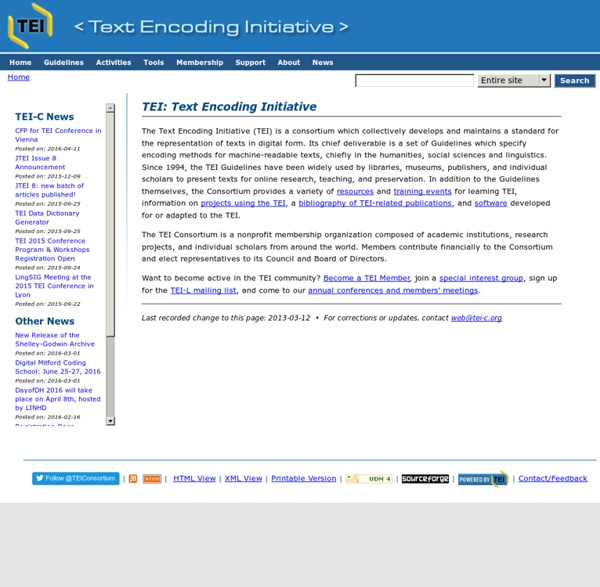 Technology | Digital Domesday book unlocked A rich digital archive of British life in the 1980s has been brought back to life by researchers from the UK and the US. They have developed a way to access the information gathered by the BBC's Domesday project which had been stored on outdated technology. The project was developed by the BBC to create a computer-based, multimedia version of the Domesday Book, marking the 900th anniversary of the 1086 archive. But the snapshot of in the UK in the mid-1980s was stored on two virtually indestructible interactive video discs which could not be read by today's computers. Preserving the past The team at Leeds University and the University of Michigan in the US say they have now found a way to access this rich digital archive. They have developed software that emulates the obsolete Acorn Microcomputer system and the video disc player. The research is part of the Camileon project. The Domesday Project highlights the problems of digital preservation. Book vs discs

EAD (Encoded Archival Description) Help Pages Mission Statement The EAD Roundtable of the Society of American Archivists is intended to promote the implementation and use of encoding standards for dissemination of archival information. To this end, we aim to provide tools and information for use in encoding archival descriptions; discuss and facilitate the use of software for markup, parsing, indexing, and delivery; and monitor and contribute to encoding standard development for archival description. Background Following the creation of EAD Listserv in 1996 and the launch of the official EAD website by Library of Congress in 1996, members of the Society of American Archivists identified the need for a group to handle the more informal aspects of EAD implementation. Recent News & Announcements The EAD Roundtable is seeking nominations for a new Co-Chair Elect.

profile 1. Background A large number of companies and individuals, from a variety of industries, participated in the development of the ICC specification which is designed to provide developers and other interested parties with a clear description of the profile format. Device profiles provide color management systems with the information necessary to convert color data between native device color spaces and device independent color spaces. The device profiles obtain their openness by using a well-defined reference colour space and by being capable of being interpreted by any ICC operating system or application that is compliant with the specification. In addition to providing a cross-platform standard for the actual profile format, the specification also describes the convention for embedding these profiles within graphics documents and images. 2. A key component of the specification is a well-defined profile connection space. 3. 3.1 Colorimetric Intents 3.1.1 Media-Relative Colorimetric Intent

Roman Army Part I The Roman Army in the Late Republic and Early Empire NB: Over the centuries, the Roman army changed and developed, and conditions often differed somewhat depending on the provinces where the troops were fighting and stationed. The following information is intended to give a generic picture of military organization, armor, weaponry, etc. during the late Republic and early Empire. LEGIONS (legio): The legion was the basic unit of Rome's standing army of career soldiers, the legionaries, who were all Roman citizens and fought primarily as foot-soldiers (infantry). Though the exact numbers of men in a legion varied, the basic pattern of organization remained the same. A Modern “Legion”: British Schoolchildren Visit a Roman Fort CAMPS (castra): As Josephus notes, the Roman camps were always constructed according to a set pattern, laid out like a city bisected by two streets leading to four gates. STANDARDS(signa): Sources Barbara F.

Standard Generalized Markup Language (SGML) SGML and XML as (Meta-) Markup Languages Both SGML and XML are "meta" languages because they are used for defining markup languages. A markup language defined using SGML or XML has a specific vocabulary (labels for elements and attributes) and a declared syntax (grammar defining the hierarchy and other features). Conceived notionally in the 1960s - 1970s, the Standard Generalized Markup Language (SGML, ISO 8879:1986) gave birth to a profile/subset called the Extensible Markup Language (XML), published as a W3C Recommendation in 1998. Depending upon your perspective and requirements, the differences between SGML and XML are inconsequential or immense. Although interest has shifted massively toward XML, the Cover Pages retains a substantial collection of legacy information about SGML. Other documents covering principally SGML topics include:

Perseus Digital Library Ted Marcus&#039; Virtual Light Table: Scanning 110-Format Film (and Kodachrome) Scanning 110-Format Film (and Kodachrome) Updated February 2013 Preamble · Prerequisites · Pitfalls · Process · Past Preamble This article grew out of techniques I found mostly by trial and error while scanning my collection of 110-format (Pocket Instamatic) Kodachrome slides. Prerequisites 110 film requires at least a 4000dpi scanner. You’ll need a dedicated film scanner, which is unfortunately now an endangered species. My Plustek 7600i scanner, at 7200dpi, can produce a 4535x3042 scan from an uncropped 110 slide. The 7200dpi scan may not provide any more real detail, but the extra pixels make enlarging and cropping easier. If your 110 slides are in 30x30mm plastic mounts, you’ll need to locate at least one 50x50mm adapter to fit the little slides into a scanner’s slide holder. I have no experience with the GEPE adapters because I have been using the original Kodak “2x2 adapters for 110 slides.” I recommend VueScan scanning software. Pitfalls About Slides About Negatives Process Past

Roman Names There are indications that in the ancient times Romans possessed only one name like the most Indo-European peoples. By the Republican period of the Roman history, a stable naming system, called „tria nomina“ developed and was actively used. The full name consisted of a praenomen, a nomen gentilicium and a cognomen. For girls on the eighth day after birth and for boys on the ninth, the praenomen was given formally, though, according to the custom of Quintus Mucius Scaevola the official listing of the name of the girl would only occur on the day of her marriage and for the boy on the day of assumption of the toga virilis, at the age of 16-17. The Roman praenomina must have once been very numerous. However, it was gradually reduced to 15-20. Two most often encountered Roman praenomina Marcus and Gaius are derived from the god Mars, the legendary father of the founders of Rome Romulus and Remus, and Gaea, the Earth Goddess. Cognomina only appear in public documents at the time of Sulla.