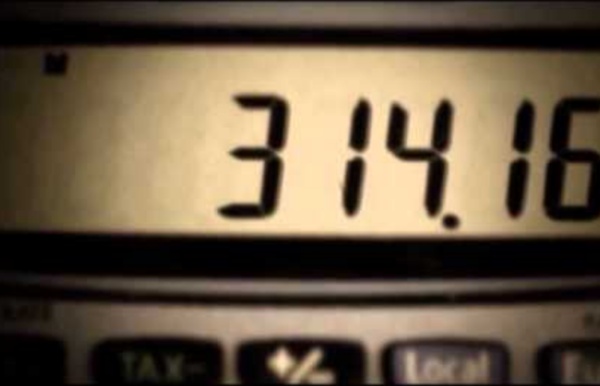 Suppressed Scientific Evidence Proves Free Energy Source Dating Back 25,000 Years Michael Forrester, Prevent DiseaseWaking Times A monumental discovery with four years of comprehensive geo-archaeological research has failed to reach mainstream audiences for some reason. The most active pyramid site in the world dating the pyramid complex back 25,000 years has also released scientific evidence supporting the theory that the pyramids were used as an energy source. The recent study reveals energy beams transmitting electromagnetic signals unexplainable by our science in what is now documented as the largest Pyramid complex in the world. Dr. The very first thing world powers do when their control systems are threatened (and they can’t elimate the idea) is they create a misinformation system to make people believe that powerful new or ancient technologies are a hoax. Take note of the following facts Dr. The discovery of the Bosnian Valley of the Pyramids changes the understanding of European and world history forever. The energy beam is theorized by Dr. Physicist Dr.

Robin Williams on the TED stage At the 2008 TED Conference held in California, the BBC's "The World Debate" set up a panel discussion to be broadcast worldwide from the TED stage. When they went live with the show there appeared to be a major technical problem followed by several moments of dead air. As my friend Patrick Newell recalled the incident to me today (Patrick was in the audience that day), someone in the back of the room started heckling and dropping f-bombs, wondering why they can't get the technology to work at a technology conference. At first the audience was stunned but then broke into uproarious laughter once they realized that the "heckler" was Robin Williams. A message to TEDxTokyoPatrick Newell, co-founder of TEDxTokyo, ran into Robin Williams at that same TED Conference in 2008 and asked him if he would mind saying a few words regarding the first TEDxTokyo to take place the following year. Williams was brilliantly funny and a great actor.

2013 January 20 - The Antikythera Mechanism Discover the cosmos! Each day a different image or photograph of our fascinating universe is featured, along with a brief explanation written by a professional astronomer. 2013 January 20 Explanation: What is it? Buddhist ‘Iron Man’ found by Nazis is from space A Buddhist statue brought to Germany from Tibet by a Nazi-backed expedition has been confirmed as having an extraterrestrial origin. Known as the ‘iron man’, the 24-centimetre-high sculpture may represent the god Vaiśravaṇa and was likely created from a piece of the Chinga meteorite that was strewn across the border region between Russia and Mongolia between 10,000 and 20,000 years ago, according to Elmar Buchner, of the University of Stuttgart in Germany, and his colleagues. In a paper published in Metoritics and Planetary Science, the team reports their analysis of the iron, nickel, cobalt and trace elements of a sample from the statue, as well as its structure. Given the extreme hardness of the meteorite — “basically an inappropriate material for producing sculptures” the paper notes — the artist or artists who created it may have known their material was special, the researchers say.

Pyramids Of Glass Submerged In The Bermuda Triangle BeforeItsNews | These strange underwater pyramid structures at a depth of two thousand meters were identified with the help of a sonar according to oceanographer Dr. Verlag Meyer. Studies of other structures like Yonaguni in modern day Japan have allowed scientists to determine that the two giant pyramids, apparently made of something like a thick glass, are really impressive – each of them is larger than the pyramid of Cheops in Egypt. Recently American and French scientists as well as other countries that are conducting surveys in areas of the seabed of the Bermuda Triangle, claim to have found a pyramid standing upright on the seabed that has never been discovered. The length of the base of this pyramid reached 300 meters, 200 meters height, and distance from base to the tip of the pyramid is about 100 meters above the sea floor. Preliminary results show this structure to be made of glass or a glass-like (crystal?) Built on Land – Lost During Last Pole Shift? True or False? Dr. Source

The Williams Enigmalith | Beyond Science | Science Leonardo VintiniEpoch Times Staff Created: March 30, 2009 Last Updated: June 19, 2012 A stone embedded with a three-pronged plug could be either evidence for a technologically advanced ancient civilization or a hoax. (Courtesy of John J. Williams) An Oopart (Out Of Place ARTifact) is a term applied to dozens of prehistoric objects found in various places around the world that, given their level of technology, are completely at odds with their determined age based on physical, chemical, and/or geological evidence. In 1998, electrical engineer John J. According to Williams, the curious stone was unearthed during an excursion in a rural location in North America, far from human settlements, industrial complexes, airports, factories, and electronic or nuclear plants. However, Williams explains that his unusual stone is available to any researcher for analysis. The instrument caught in the Petradox has been compared by some investigators to an electronic XLR connector or similar component.

Caves discovered under the pyramids raise excitement, questions. As an "all Egyptian" archaeological team moves in to find answers we hope they will reveal what's really there. Something extremely strange is happening in Giza, both under the pyramids and in the office of Dr. Hawass. Even skeptics of the "Hall of Records" from Atlantis are now forced to admit that something big is being hidden. It's the perfect set of circumstances for conspiracy theorists. In August of 2008 a system of caves was discovered under the pyramids. Surely Hawass is intimately aware of such a discovery. (Also see UPDATE: Since Arab Spring Uprising) Inside Giza's cave underworld In December 2009, after denying that they existed, Egypt's leading Egyptologist, Dr Zahi Hawass, has had to admit that an excavation team under his charge is investigating an ancient tomb at the centre of claims regarding the alleged discovery of a cave underworld beneath the Pyramids of Giza. The alignment of the three pyramids with the stars of Orion's belt [above] is not perfect. According to Collins,

Cabal begins peace negotiations, detailed discussions begin – June 4, 2012 The cabal that illegally seized power in the Western world and attempted to set up a fascist world dictatorship known as the New World Order is trying to negotiate a peaceful transition to a saner planet. Although there is much we cannot discuss in order not to endanger ongoing negotiations, the talks are focusing on how to smoothly carry out a transition away from fossil fuels and nuclear energy and how to arrange a harmonious rapport between East, West, North and South. It is not clear, however, if the families that own the US Federal Reserve Board are acting too late and offering too little to prevent a revolution against their secret government. It is also worth mentioning that the Bilderberger meeting that just ended has turned into a media distraction to draw attention away from the real secret meetings that are taking place, like the one planned for June 21st. Like this: