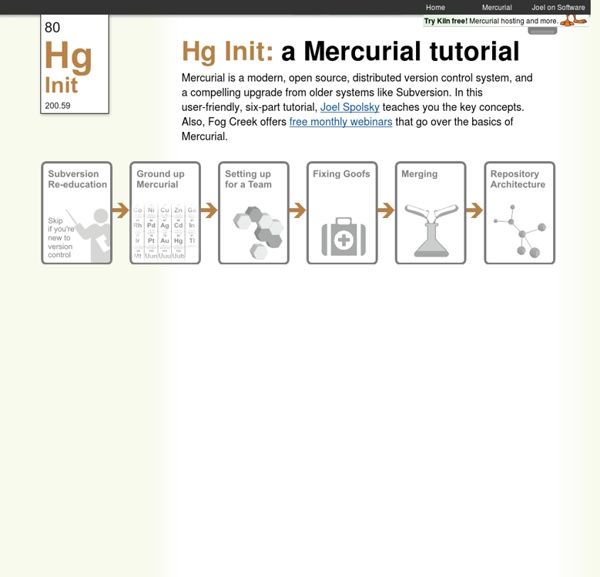 Gitorious Mercurial SCM Go for Java programmers This text is intended to help Java programmers come up to speed quickly with Go. It starts with an example highlighting features easily recognized by all Java programmers, then gives a fairly detailed description of Go’s building blocks, and ends with an example illustrating constructs that have no immediate counterpart in Java. Hello stack (example) To whet your appetite, we start with a small but complete and idiomatic example corresponding to this Stack.java program. Comments that appear directly before top-level declarations are documentation comments. And here is a Hello world program demonstrating how to use the collection.Stack abstract data type. The test package collection_test resides in the same directory as the collection package. Conceptual differences Go does not have classes with constructors. Syntax Declarations The declaration syntax is reversed compared to Java. Declarations generally take the form of a keyword followed by the name of the object being declared. var v9 = *v2

Git: Your New Best Friend [Server Side Essentials] Introduction This article introduces version control and Git without assuming you have any prior knowledge or programming experience. Because of its introductory nature, certain details are simplified or omitted and the use of the Git Graphical User Interface (Git GUI) is emphasized. Version control is the process of recording the history of changes to files as they are modified. protect against changes – accidental or otherwise – and be able to access a known good version of a filetrack down problems and make fixes to previous versions of filesallow more than one person to modify project files simultaneously (programmers refer to this as parallel development)retrieve an older set of files (if requested by a customer or manager, for example) The first version control (VC) tool, SCCS, was written in 1972 and since that time there have been major advances in the way VC tools are used. Git runs on Windows, Mac OS X, Linux and UNIX. Concepts Installing Git Starting to Use Git $ git init <! ...

Clockwise/Spiral Rule [This was posted to comp.lang.c by its author, David Anderson, on 1994-05-06.] There is a technique known as the ``Clockwise/Spiral Rule'' which enables any C programmer to parse in their head any C declaration! There are three simple steps to follow: Starting with the unknown element, move in a spiral/clockwise direction; when ecountering the following elements replace them with the corresponding english statements: [X] or [] => Array X size of... or Array undefined size of... (type1, type2) => function passing type1 and type2 returning... * => pointer(s) to... Keep doing this in a spiral/clockwise direction until all tokens have been covered. Example #1: Simple declaration +-------+ | +-+ | | ^ | | char *str[10]; ^ ^ | | | +---+ | +-----------+ Question we ask ourselves: What is str? ``str is an... We move in a spiral clockwise direction starting with `str' and the first character we see is a `[' so, that means we have an array, so... Example #2: Pointer to Function declaration

How to Git Open Atrium | UV Media UPDATE: "Open Atrium has moved from its single monolitic repository to an install profile and a drush make based build system. This is a change that primarily effects developers. The complete, ready to install, download will continue to be offered at Details here. I've been playing around with the Open Atrium project (Features rule!) I went to download the latest version, but noticed that (as of December 31) it hadn't been updated with the latest version of Drupal core. It turns out that the project repository is hosted at GitHub. Installing Git The following steps apply to installing on a Debian-based Linux distro, which is fine if you use it as your desktop or if you like VirtualBox as much as I do. Updating Open Atrium Now all I have to do to update to the latest code base is (from inside the project directory):[chrisng@lampbuntu:~/public_html/Atrium] git pull Already up-to-date.

Git Tips I thought I would get down in a blog post the different Git commands and tips that I find really useful, because every now and then it seems I need to refer back to these notes (which up until this point have been in a txt file in my Dropbox) if I've not used a particular command in a while. Hopefully you'll find them useful too. What we'll cover reading time: approx. 13mins Show where Git is installed which git Show the Git version installed git version Update your global user details git config --global user.name "Your Name" git config --global user.email "Your Email" git config --global apply.whitespace nowarn # ignore white space changes! Set-up a global ignore file First create the global ignore file… touch ~/.gitignore_global Then add the following content to it (this is a standard ignore file but I've added some Sass CSS pre-processor files to it)… You can let Git know about your global ignore file by editing your global .gitconfig file… nano ~/.gitconfig …then adding the following to it…

Free Mercurial and Git Client for Windows and Mac | Atlassian SourceTree svn - Learning how to use Subversion SVN Tutorial Apache Subversion which is often abbreviated as SVN, is a software versioning and revision control system distributed under an open source license. Subversion was created by CollabNet Inc. in 2000, but now it is developed as a project of the Apache Software Foundation, and as such is part of a rich community of developers and users. This tutorial will give you great understanding on SVN system needed to maintain current and historical versions of files such as source code, web pages, and documentation. This tutorial is designed for Software Professionals who are willing to learn SVN system in simple and easy steps. Before proceeding with this tutorial you should have a basic understanding on simple terminologies like programming language, source code, documents etc. 1 - SVN Quick Reference Guide A quick reference guide for SVN Programmers. SVN Quick Reference Guide 2 - SVN Useful Resources A collection of SVN Programming Sites, Books and Articles is given at this page. SVN Useful Resources

Learn Git - Why Git? Although there are dozens of version control systems on the market, some of the world's most renowned projects (like the Linux Kernel, Ruby on Rails, or jQuery) are using Git as their VCS of choice. Here are some of the reasons why. Save Time Git is lightning fast. Work Offline What if you want to work while you're on the move? Undo Mistakes People make mistakes. Don't Worry Git gives you the confidence that you can't screw things up - and this is a great feeling. Make Useful Commits A commit is only really useful if it just contains related changes. Work in Your Own Way When working with Git you can use your very own workflow. Don’t Mix Things Up Separation of concerns is paramount to keeping track of things. Go With the Flow Only dead fish swim with the stream.

What’s with the 50/72 rule? What’s with the 50/72 rule? Originally published in preslav.postach.io on February 21, 2015. It is part of common sense to assume that the worthiest commit messages lie far from any extremes. They don’t tell much do they? On the other hand are the “novels”. Being verbose is by no means a bad thing. The art of making a great commit message In a 2008 blog post, tpope, described a system for creating commit messages, which I started calling simply, the “50/72" rule. The first line of your commit message must be maximum 50 characters long. Leave a blank line Start writing your description. Git is smart enough to distinguish the first line of your commit message as your summary. What about the 50? Most code editors display the current line and column number that the cursor is at. Writing a great commit summary is like writing a great tweet, only shorter. How does your project compare? How does your team compare to the linux kernel contributors?